Started in 1970 by her father, Sen. Gaylord Nelson. Climate change the key challenge, she says.

By Melissa Ingells, Wisconsin Public Radio - Apr 22nd, 2020 12:26 pm
Get a daily rundown of the top stories on Urban Milwaukee 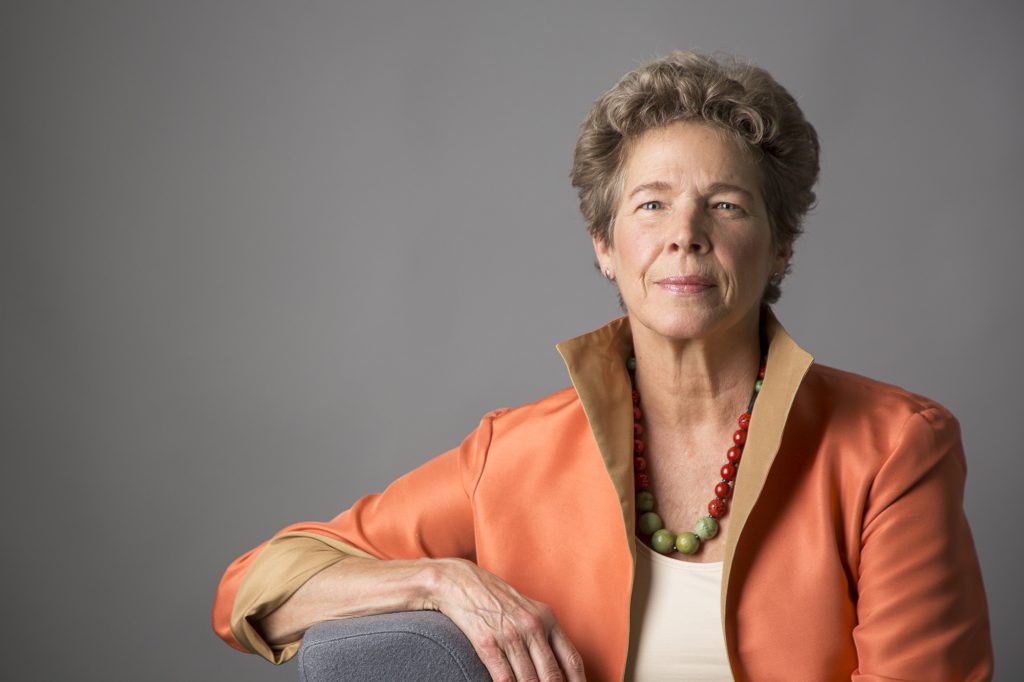 Earth Day was founded by Gaylord Nelson, a former Wisconsin governor and state senator. On April 21, 1970, Nelson spoke at the Cooley Auditorium of Milwaukee Technical College. His words are still revisited today:

“I don’t think there’s any other issue viewed in its broadest sense which is as critical to mankind as the issue of the quality of the environment in which we live,” Nelson said in 1970. “You hear the word ecology — that’s a big science, not a narrow one. It’s a big concept and it is concerned with all of the ramifications of all of the relations of all living creatures to each other and their environment.”

Tia Nelson is the daughter of Gaylord Nelson. Following in her father’s footsteps, she is now the managing director for the climate change program at the Madison-based Outrider Foundation, which uses digital media to provide information on nuclear weapons and climate change.

Tia Nelson spoke with WPR’s Melissa Ingells about future challenges to the environment, and the differences between the first Earth Day in 1970, and this one, 50 years on.

“There are some obvious differences. We have digital technology that connects us in a way that wasn’t possible 50 years ago when there were no cell phones or computers or even fax machines. So, there’s an organizing tool that exists now that didn’t exist then,” Nelson said. “There are some important things that are very much the same from my perspective, namely that there is power in individual action, and that by getting involved and using your voice and being an informed voter that we can make a difference.”

The following interview highlights have been edited for brevity and clarity.

Advocating In A Time Of Increased Deregulation

Melissa Ingells: There have been, in a fairly short time, a great number of rollbacks of environmental laws, and opening up of public lands, even just in this year alone. How do you stay inspired in your work in a time that seems to be really devaluing much of what you and other environmentalists have tried to achieve over the last 50 years?

Tia Nelson: It’s hard. That’s the short answer. It’s hard. You were asking about rollbacks on environmental laws, and it’s deeply distressing. I think were my father around today, he would tell you that really the most concerning thing would be that we’ve weaponized science. Because you can’t make sound public policy to protect public health without sound science.

But when my father was interviewed on the eve of the first Earth Day, he said, “Our goal is an environment of decency, quality and mutual respect for all human beings, and all other living creatures. Our goal is a decent environment in its broadest and deepest sense. And it will require a long, sustained, political, moral, ethical and financial commitment far beyond any other commitment ever made by any society in the history of man.”

My point — his point — is that forging a sustainable society is something that will go on for decades. It will go on as long as humankind is seeking to live on a finite planet and prosper. And so, we’re going to have setbacks. We’re going to have great leaps forward, and the journey will be complicated, long and challenging. But it’s one that we have to take.

MI: What do you see as the greatest challenges to the Earth over the next 50 years?

TN: Climate change is the biggest environmental challenge of our time.

We know what the solutions are. We must pursue them with a sense of urgency, and only in doing so can we hope that we’ll be celebrating a brighter future on the 100th anniversary of Earth Day.

I want the kids of today to know that I’ve done everything I can to help build that brighter future.