The Milwaukee Common Council now looks more like the city it represents. 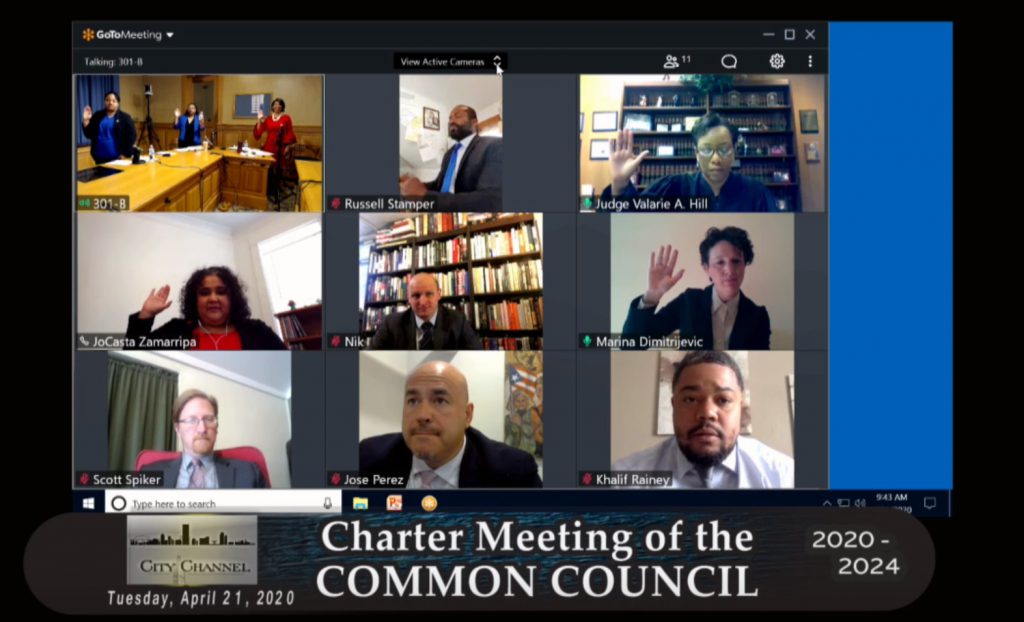 The Milwaukee Common Council is as diverse as it’s ever been.

Most notably, for the first time in its history, the 15-member body has five female members.

Voters elected the first female in 1956 when they sent trailblazer Vel Phillips to represent them in City Hall.

By April 2000 four council members were women (though the body then had 17 members). But by 2004, the number of women had fallen to zero.

When Alderwoman Milele A. Coggs, for whom Phillips served as a mentor, was first elected in 2008 she was the lone female member and would remain so for eight years.

Then came Chantia Lewis in 2016 and Nikiya Dodd in a 2018 special election.

Tuesday morning the trio was joined by two new members. State Representative JoCasta Zamarripa and Milwaukee County Supervisor Marina Dimitrijevic. Both are vacating their prior posts.

Municipal Judge Valarie Hill recognized the historic moment by swearing in the female members of the council first, then the 10 men. The COVID-19 pandemic prevented them from all being in the same room to celebrate the occasion.

But while the five women will certainly ensure their voices are heard on women’s issues, it doesn’t mean they will always vote as a block. They split on the first vote they took, electing a council president. Lewis and Dodd backed Coggs for the post, while Dimitrijevic and Zamarripa backed Cavalier Johnson. Coggs lost by a single vote.

The number of females isn’t the only milestone set by the council.

Zamarripa, who identifies as bisexual, also becomes the first open member of the LGBTQ+ community on the council.

With the loss of Robert Donovan and Tony Zielinski, the council now has an all-time low of white males with five.

The city also tilts slightly toward women, who make up 51.8 percent of the population.