New Board Sworn In at a Parking Lot

Nicholson and Johnson, Jr. vying for leadership position of County Board Chairperson. 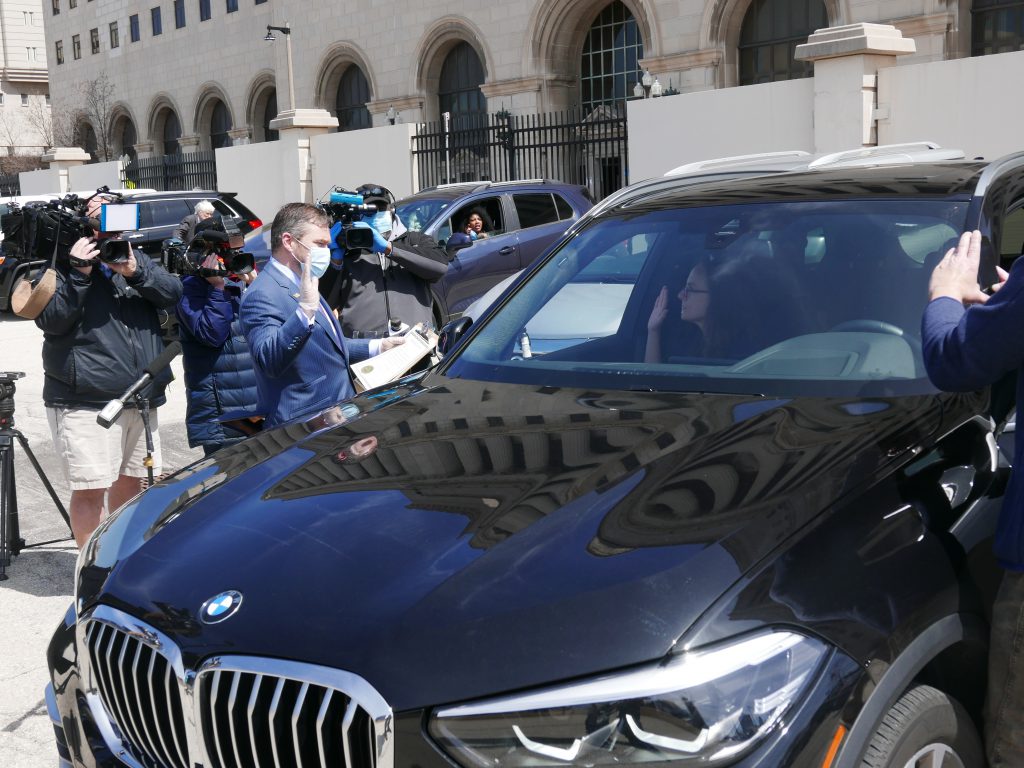 The 18 member Milwaukee County Board of Supervisors was sworn in Monday in unprecedented fashion.

In order to maintain safety and also follow state statutes during the COVID-19 pandemic, Milwaukee County Clerk George L. Christenson had the supervisors meet in a parking lot across the street from the courthouse, on N. 10th Street

With all the supervisors and supervisors-elect in one area, to avoid violating open meetings law, Christenson had the supervisors remain in their cars. He administered their oaths to them through the window.

Milwaukee County Executive-Elect David Crowley will be sworn in on May 4th.

The only supervisor who hasn’t been seated yet is the winner from District 4, which has yet to be certified. The Milwaukee County Election Commission certified the results of the April 7th election Monday morning, at which time Ryan Clancy was less than 100 votes ahead of Andrea Rodriguez. The District 4 candidates were running to succeed former Sup. Marina Dimitrijevic, who is now a member of the Milwaukee Common Council.

Christenson said Rodriguez has three days from Monday to officially ask for a recount. Once she does, it will likely take three days from that point to recount and certify the results, he said.

The Milwaukee County Board now has five new members. Most of them already have some government experience.

Liz Sumner, elected in District 1, previously served on the Fox Point Village Board of Trustees. She occupies the seat formerly held by Theodore Lipscomb, Sr.

Joseph Czarnecki was elected to District 11, replacing former Sup. Dan Sebring. Czarnecki has the most government experience of the incoming supervisors. In the past, Czarnecki has served as both a State Representative and Senator. He also served for eight years as Milwaukee County Clerk.

In District 18, Rev. Russell Antonio Goodwin was elected to fill the seat formerly held by Sup. Deanna Alexander. Goodwin has no previous experience in government or as an elected official.

After the supervisors took their parking lot oaths, they virtually convened for their organizational meeting where they planned to vote on a new chairperson, as well as first and second vice-chairs for the board.

Supervisors Marcelia Nicholson and Willie Johnson, Jr. are both running to be chairperson of the county board. The chairperson has authority over committee assignments and runs meetings of the full board. Nicholson served as first vice-chair under Lipscomb. Johnson is tied with Sup. John Weishan, Jr. for the title of longest serving supervisor currently on the board. Both men were first elected in 2000.

However, because the board does not have a supervisor seated from the 4th district, board members decided not to vote on their leadership Monday.

Nicholson made the motion to call a recess until that supervisor is seated. “I believe it important that we wait to move forward on any action until we can proceed with the full body,” she said after making her motion. “I think we should start our work with a collective spirit of unity.”

Sup. Johnson, Jr. agreed. “I believe that it behooves us to wait, until whatever happens in the Fourth District is resolved,” he said. Johnson said they shouldn’t offend the incoming supervisor or their constituents by holding the vote without them. “That way everything is clean… there’s no controversy.” 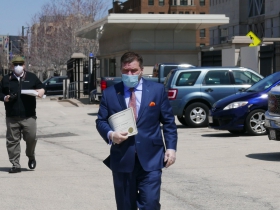 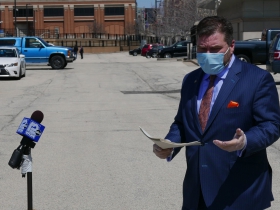 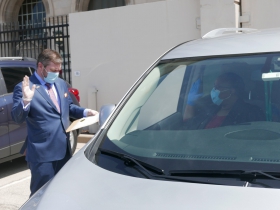 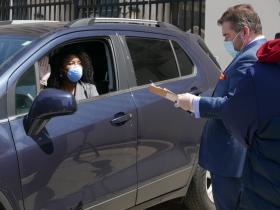 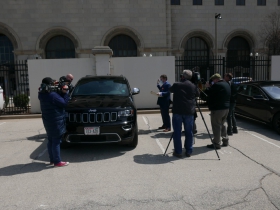 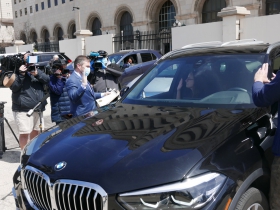