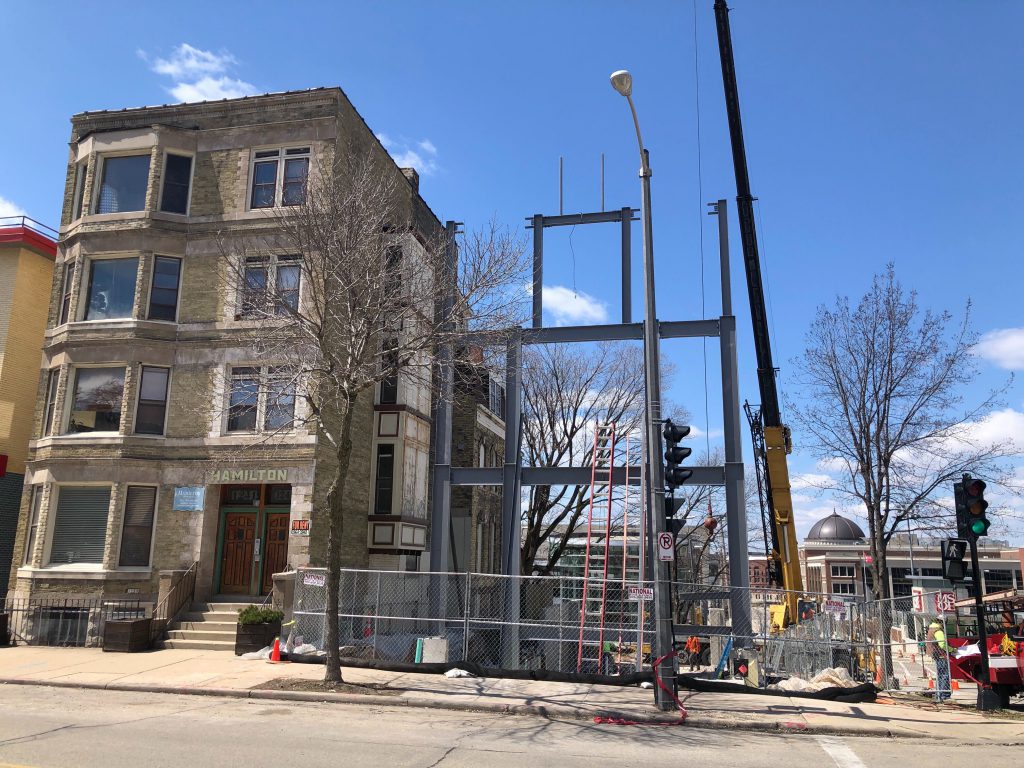 While the NBA season is suspended, Milwaukee Bucks guard Pat Connaughton has another job to keep him busy. Beach House, Connaughton’s real estate firm, is leading the development of a three-story apartment building on N. Milwaukee St.

The eastern-most portion of a steel frame for the high-end, three-unit building has been installed. The new building replaces a Civil War-era duplex. A crew from AGM Erecting could be spotted on the site this week working on the new structure.

Connaughton’s firm spent the latter part of 2019 working with the city on approvals for the project at 1245-1247 N. Milwaukee St.

Preservation advocate Dawn McCarthy applied to have the duplex, altered substantially since its construction, designated as historic. But the commission rejected the designation after multiple meetings.

The 27-year-old professional athlete, who has been with the Bucks since the start of the 2018-19 season, acquired the property in March for $325,000 according to city records. His firm had applied for a raze permit for the property on October 8th. Connaughton told the commission he intends to live in the new building.

The project slopes downhill towards Fiserv Forum, with city records listing the under-construction building as four stories due to the largely exposed lower level along E. Knapp St.

Connaughton’s a graduate of Notre Dame and his firm has another project underway near the university campus in South Bend, Indiana. Beach House, which includes his father real estate veteran Len Connaughton, also has projects in Portland where Pat first played professionally.

The Milwaukee building is one of two Connaughton has planned in the city. Beach House was also approved to buy a vacant lot on E. Brady St. and construct a small building.

Both buildings are being designed by Patera.

The Milwaukee Street building was deconstructed by Recyclean. 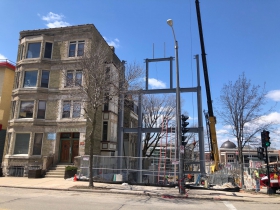 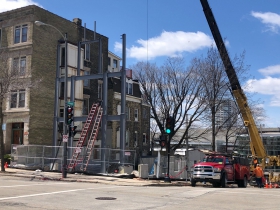 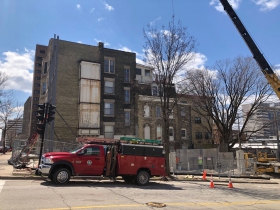 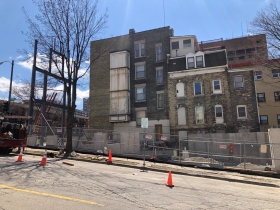 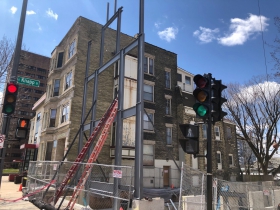 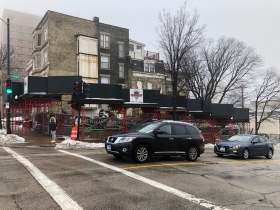 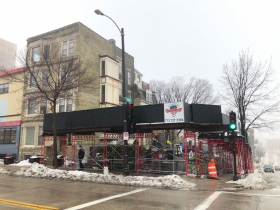 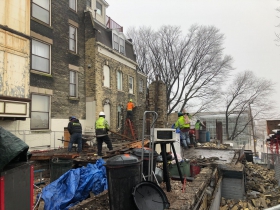 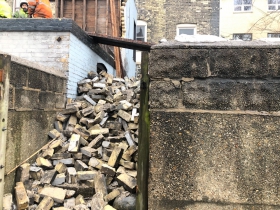 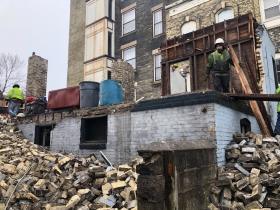 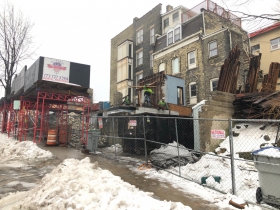