He's shirtless, just like the real guy, now immortalized and timed for sale on Milwaukee Day. 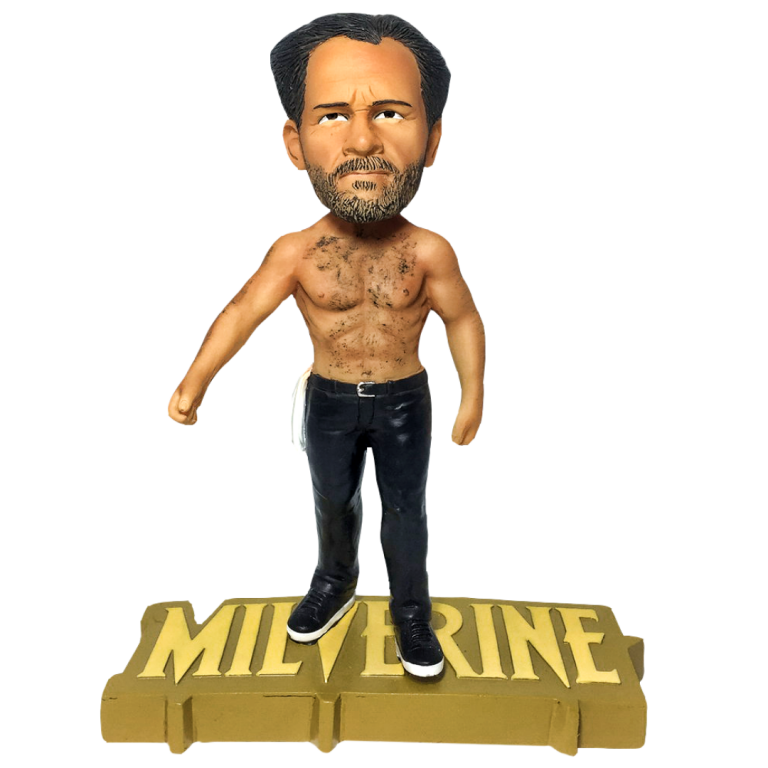 Maybe you’ve spotted him prowling the streets of Milwaukee shirtless. Or perhaps you’ve only seen him vicariously through Facebook “sighting” groups. Either way, there’s no denying that Milwaukeeans are ecstatic anytime they catch a glimpse of the Milverine out in public. And now, thanks to the National Bobblehead Hall of Fame and Museum, the Milverine will be exciting people in a new way.

Today the National Bobblehead Hall of Fame and Museum is releasing a limited edition Milverine bobblehead figure timed to coincide with Milwaukee Day (4/14). Just like the real deal, bobblehead Milverine is featured shirtless and mid-stride. The figure stands on a base that sports the word “Milverine” in a comic-book-like font.

“We’ve been hoping to create a Milverine bobblehead for many years, and we’re thrilled to be releasing it on Milwaukee Day at a time when people need something to smile about,” National Bobblehead Hall of Fame and Museum co-founder and CEO Phil Sklar stated in a press release.

The bobblehead will be produced with a run of just 4,140 figures and will be available exclusively through the National Bobblehead Hall of Fame and Museum’s online store. They are being sold for $25 each plus a flat-rate shipping fee of $8 and are expected to ship sometime in June. Five dollars from every bobblehead sold will be donated to the Wisconsin Humane Society — Milverine’s handpicked charity of choice.

The Milverine — whose real name is John Hamann — was given the nickname by local resident Tim Panicucci due to his likeness to Hugh Jackman’s portrayal of Wolverine the Marvel superhero in a number of X-Men films. Since then, he’s been a popular subject of local internet groups and fans have been known to stop him on the street for photo opportunities, to which Hamann politely agrees. Most recently, Hamann was the subject of a Vice documentary entitled “The Real Wolverine is in Milwaukee,” which had viewers falling in love with the eccentric local legend all over again. At one point, he describes Milwaukee as the “height of civilization.”

A section of the documentary, which at the time of this writing had over 450,000 views, briefly explores the making of the bobblehead. Sklar appears on camera to explain that the Milverine is the Hall of Fame and Museum’s most requested bobblehead to date and “has been for some time.” He notes that it took close to 100 calls to get through to Hamann to discuss the likeness of the figure, to which Hamann suggested just using a photo of himself from the internet.

“Hugh Jackman doesn’t have a bobblehead,” Sklar says in the documentary. “We’ll have to tell (Hamann) that, he’d like that.”

The National Bobblehead Hall of Fame and Museum, located at 170 S. 1st. St., opened to the public on February 1, 2019 and specializes in custom bobbleheads made for retail purposes as well as for organizations, individuals and teams from all over the country. Last week, the Hall of Fame and Museum announced that it had raised $100,000 through sales of its Dr. Fauci bobblehead in support of the 100 Million Mask Challenge through the Protect the Heroes Fund.

For more information, visit the National Bobblehead Hall of Fame and Museum’s website at bobbleheadhall.com.