By Danielle Kaeding, Wisconsin Public Radio - Apr 14th, 2020 01:58 pm
Get a daily rundown of the top stories on Urban Milwaukee 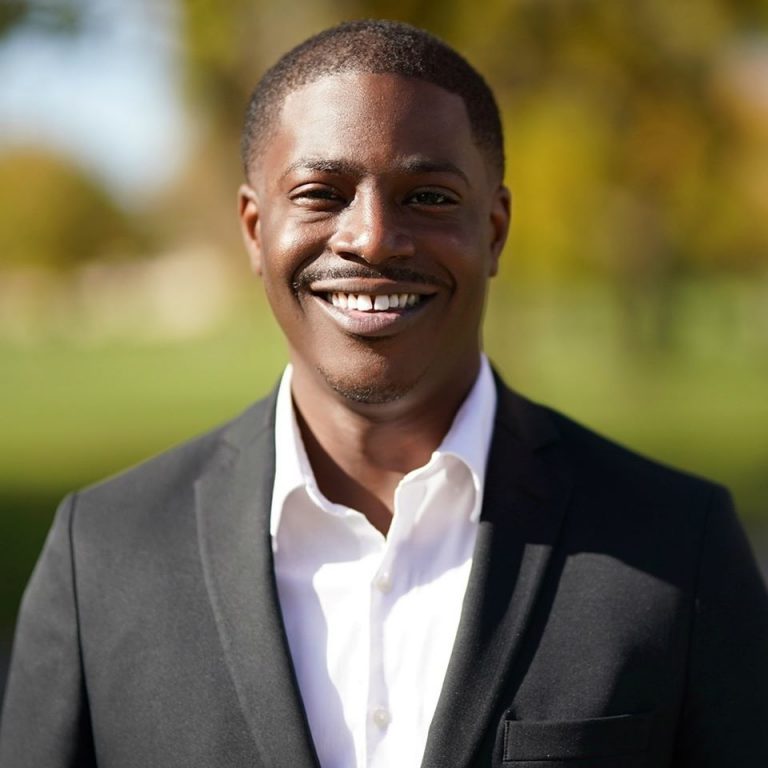 Rep. David Crowley, D-Milwaukee, has won the race for Milwaukee County executive after Sen. Chris Larson, D-Milwaukee, conceded Tuesday. He becomes the first African American to be elected to the role.

Crowley had a narrow lead over Larson with around 50.05 percent of the vote to Larson’s 49.51 percent with all precincts reporting, according to unofficial results. The two were separated by around 1,000 votes, which would have entitled Larson to a recount.

“We looked at the closeness of the election, and we went through where it would be possible to make up the 1,000 vote difference,” said Larson in a Zoom meeting Tuesday. “Given that there still were a lot of questions about what ballots were acceptable and what ballots weren’t, for us, we realized having that prolonged fight would further divide the community at a time when we need to come together, especially in the midst of a global pandemic.”

Crowley told WPR late Monday he was grateful to all his supporters who made their voices heard during the COVID-19 crisis. While he said the election should have been postponed, the state representative said he anticipated it would be a close race.

“We’re the underdog going into this race,” said Crowley.

Crowley said he plans to focus on bringing resources to Milwaukee County.

“To get over not only the COVID-19 crisis, but to make sure we’re on a path to the recovery road up ahead of us,” said Crowley.

Larson’s concession on Tuesday marked a change in tone from Monday night when he indicated the race was “far from over.” Earlier in the evening, the Milwaukee County Clerk’s office reported that all precincts had been counted prior to the delivery of 17,000 absentee ballots, but they did not ultimately change the race’s outcome.

Larson said he was outspent 4 to 1 in the race for Milwaukee County executive as Crowley received the backing of outgoing executive Chris Abele.

“His money played an outsized influence in this,” said Larson.

He also cited the influence of outside spending from the national group American Federation for Children, which advocates for school choice. The group criticized Larson for his opposition to using public money for private schools.

Larson said he sincerely supports Crowley and ensuring his success, citing the county’s up to $100 million budget deficit and response to the coronavirus. The lawmaker plans to continue his work in the state Senate.

More than 192,000 people voted in the race for Milwaukee County executive, according to unofficial totals. Earlier in the day, the Milwaukee Election Commission voted to accept 390 absentee ballots that had unclear or no postmark.

The two Democrats ran for the top county seat after Chris Abele announced he wouldn’t be seeking re-election last fall. Crowley will assume the role next month during a time when the county is struggling to respond to a growing number of coronavirus cases.

2 thoughts on “Larson Concedes to Crowley in Tight Race”