Was there ever a more genuine or less trendy singer? 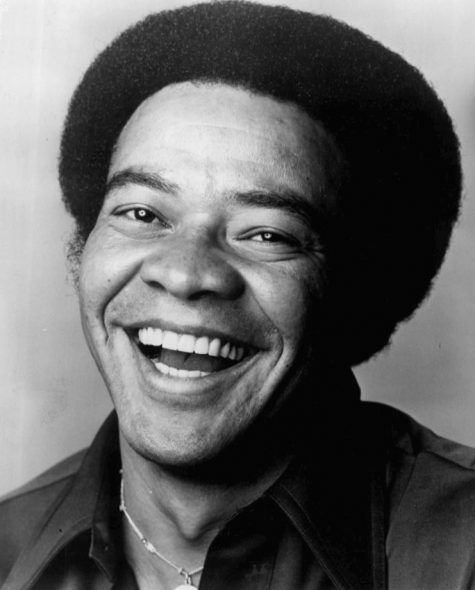 He was “Still Bill” until the end and being Bill Withers was a good thing to be. The unerasable beauty of his music, all cut from plain cloth and delivered in such a low key way, makes him a standout in the recent history of pop music. Always against the current, Withers couldn’t and wouldn’t swim with either costumed funksters or bling encrusted R&B artists looking to become a brand. He knew that “truth in advertising” was an oxymoron and it caused him to walk away, as the industry was trying to make a mark on his music when he was designed to do it the other way around.

The definition of a good singer, at least in these parts, is someone who can’t lie and sing at the same time, or maybe, someone who is so good at it we’ll never know. I would be shocked to find out Bill Withers was not who he was in his songs. All evidence says he mostly was. A quiet family guy, whose head was barely turned by the sudden and enormous fame that pulled him out of the factory, he fought against becoming a celebrity.

I’ve written about “Who Is He (And What Is He To You?”). It’s my favorite Bill Withers song, with plenty of very close seconds. It might be the tensest three minutes ever laid down — a relentless wave of paranoia, relieved somewhat every time he says “dadgummit”. This guy was serious as a gunshot wound (something he wrote about in “I Can’t Write Left-Handed”). Thelonius Monk could have had Withers in mind when he said “A genius is the one most like himself.”

The world may not have noticed at the time, but Bill Withers created his own genre. You might call it Black Singer/Songwriter. Of course black artists had been singing songs they wrote for a long time, but like Chuck Berry, Withers looked across the racial divide and found something he could use. This is not to say he studied Joni Mitchell or Jackson Brown so much as he ignored what was going on in his own culture. It turns out he was a guy who shone in smaller settings telling stories taken from his own life. He had the benefit of growing up in a culture where blues and gospel fed off each other. HIs sensibility can be found somewhere in the middle of the two — with a little bit of folk troubadour thrown in.

On his first record he had to ask the producer, Booker T. Jones, who the singer would be on the sessions. Really, how could he not have known how good he was? Luckily for us he was told he’d be handling the vocal chores. There were great players on all his sessions, but the best thing in any of those ensembles was Withers’s ragged, honest voice. You could use one to 50 instruments on a track with him and, as long as his voice was front and center, it worked. Listen to “Liza,” cut with only electric piano. Though he’s drowning in reverb, he fights through to deliver the simple story of an uncle consoling his niece after her first broken heart. It’s not so much the kind words he offers, but the fact Withers thought to consider something like this for a song at all. The words may not read as well as they sing; then again, he wasn’t looking for validation for his poetry.

Liza, won’t you lay your head on my shoulder
Cry if you want to, I don’t mind
Seems as if you need some love and kindness
And all I’ve got is time

The mood of this song and so many others he created is soothing, but it never descends into easy listening territory. It’s just too real for that. With a tenderness that dares you to laugh, it could never have been a single. Equally reassuring, but far more energetic is a song that has been sung quite a bit in recent weeks — one that will be remembered even more fondly when we are safely past this pandemic: “Lean On Me.”

By far his greatest hit, deserving every penny it earned him. Commercial and artistic success intersect rarely, especially since the FCC deregulated radio and local stations were gobbled up by giant corporations. Before hits were chosen by committee this song was a smash because people liked, bought and sang it. Simple as that and it’s easy to see why. It’s an unbelievably fast four minutes and twenty-one seconds. It feels like two, three at the most. Reverse that statement and you have the problem that plagues too many songs. If there was a genre called “Secular Gospel,” I’d place it in the top three, along with “I’ll Take You There “ and “Respect Yourself” by The Staple Singers. It’s a rechargeable battery of uplift and positivity, ready when you need a lift. “Lean On Me” will probably remain his most popular number. The man who brought it and so many other moving songs into this world has now left it. I wish he was still here and still Bill.

One thought on “Sieger on Songs: Remembering Bill Withers”