Seattle firm acquires much of East Side commercial corridor, including Downer Theatre building. 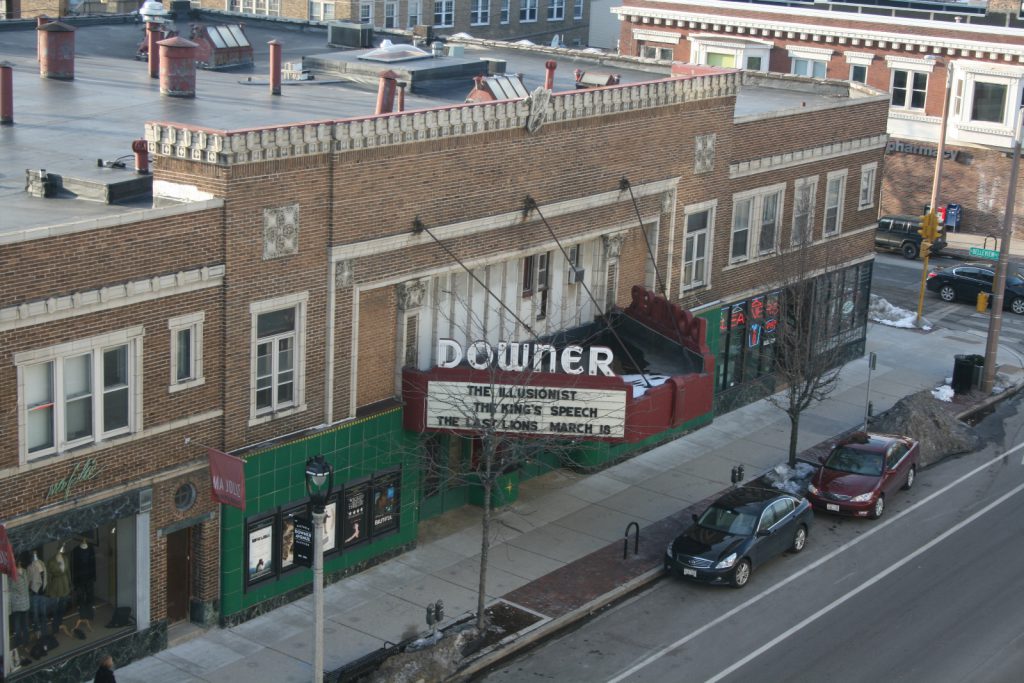 Much of the N. Downer Ave. commercial corridor changed hands this week for nearly double its assessed value, including the building that houses the Downer Theatre.

The properties sold for $11.25 million, but have an assessed value of only $6.32 million according to state and city records. New York-based C-III Capital Partners owned the buildings for almost five years.

C-III acquired the properties in a foreclosure sale in 2015 for $6.5 million. The properties had previously been owned by Milwaukee real estate investor Joel Lee and his firm Van Buren Management.

Lee’s investment group had a $10.5 million mortgage on the property and quit making payments in 2014. The city declined to create a tax incremental financing district to back Lee’s redevelopment of the area, as colorfully described in a 2015 piece by Michael Horne.

The Wisconsin Center District (WCD) board authorized a $419.9 million expansion of Milwaukee’s convention center Thursday morning alongside raising the county hotel tax from 2.5 to 3 percent, extending the food and beverage sales tax past its 2033 expiration and authorizing refinancing up to $150 million in debt.

The 17-member board, participating via the phone, spent over an hour debating the merits of authorizing the expansion amidst an unprecedented global shutdown and the potential the district could default on its existing debt. A total of 61 events have been canceled or postponed at the Wisconsin Center, Miller High Life Theatre and UW-Milwaukee Panther Arena.

Construction work is nearly complete on St. Rita Square, a new, 118-unit senior housing complex on the Lower East Side. Much of the final facade has been installed on the six-story complex.

Senior housing specialist James A. Tarantino is developing the complex on the site of the former St. Rita Catholic Church. The church will be replaced by a modern recreation of long-since demolished Blessed Virgin of Pompeii Church in the Historic Third Ward. 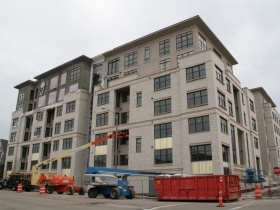 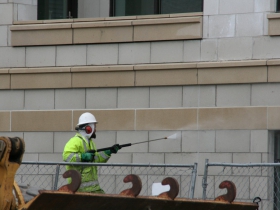 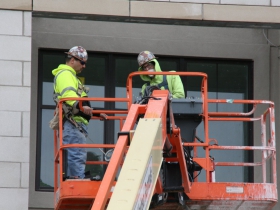 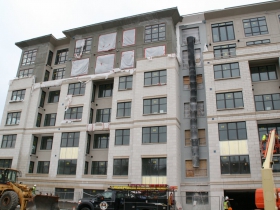 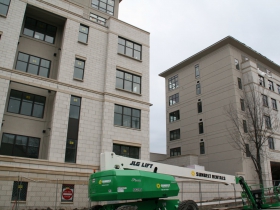 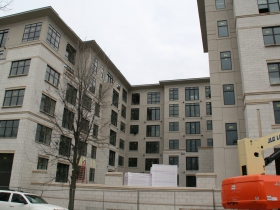 Strategies include everything from extending leases in exchange for lower payments during the pandemic and switching to interest-only payments on loans to preparing to buy properties from panicked sellers and planning for cheaper construction prices.

The responses offer guidance to business owners faced with diminished or no revenue on how they could respond to their landlords and lenders.

Local leaders have selected the Wisconsin State Fair Park Exposition Center as the first location where an alternative care facility will be built out. The move is intended to provide extra hospital bed capacity to deal with an expected surge in COVID-19 cases.

The Wisconsin Center and the State Fair Park locations were studied earlier this week as potential facilities for additional healthcare capacity. But the Wisconsin District Center will only be used in the event that the surge is greater than predicted and the state fair park facility fills up.