He is the longest serving legislator in the United States.

By Melanie Conklin, Wisconsin Examiner - Mar 27th, 2020 11:30 am
Get a daily rundown of the top stories on Urban Milwaukee 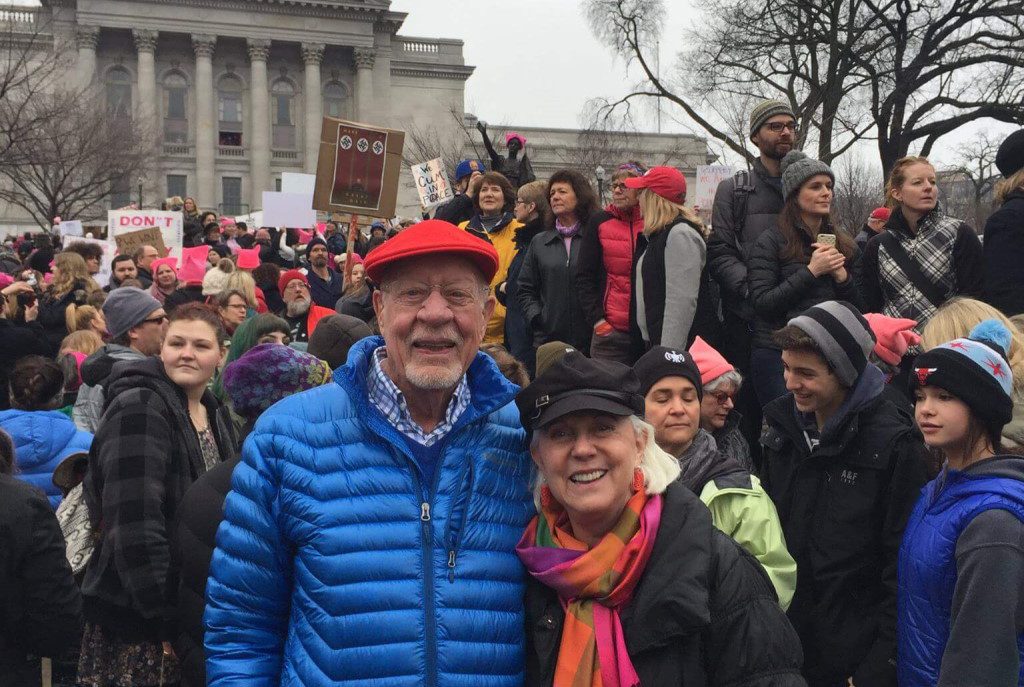 “My wife Nancy and I were happy to participate in the Madison women’s march on Saturday. It was uplifting to march alongside so many people who are committed to protecting the rights of people who are being threatened by this administration. We must continue to stand strong and stand together as we move forward fighting against discrimination.” From Sen. Fred Risser, Jan. 2017 official Facebook page.

On Thursday, state Sen. Fred Risser announced he would not be running for re-election. He’ll retire from the Wisconsin Legislature after 64 years on the job at age 92. He is the longest-serving legislator in the United States.

Nearly 25 years ago, when he was facing a primary in his run for re-election, I interviewed him while following him door-to-door for an article in the Isthmus. I asked why he kept running. At that point, he was 69 and answered:

“Some people say, ‘Why don’t you retire? After all, you could travel all the time.’ But I love what I’m doing. I thrive on frustrations — and the legislative process is full of them. It keeps the adrenaline going and keeps me young and active. In mental and physical years I’m younger than many of my colleagues.”

Risser was not wrong. He grew up in Madison as the son of a legislator (also named Fred Risser, who was the last official elected from the Progressive Party before it disbanded in 1944). So when he was a child, he was already doing  many of the things he continued to do throughout his career: attend church meetings, chicken dinners, fairs and raffles.

His political lineage goes back four generations to his great-grandfather, who lost an arm in the Civil War and served in both the Assembly and Senate. His grandfather was Ernest Warner, the namesake of Warner Park in Madison and a La Follette Republican.

“Around the family supper table, we talked about politics and issues of the day,” recalls Risser, in that Isthmus profile. “I don’t ever remember talking about a TV or radio show.”