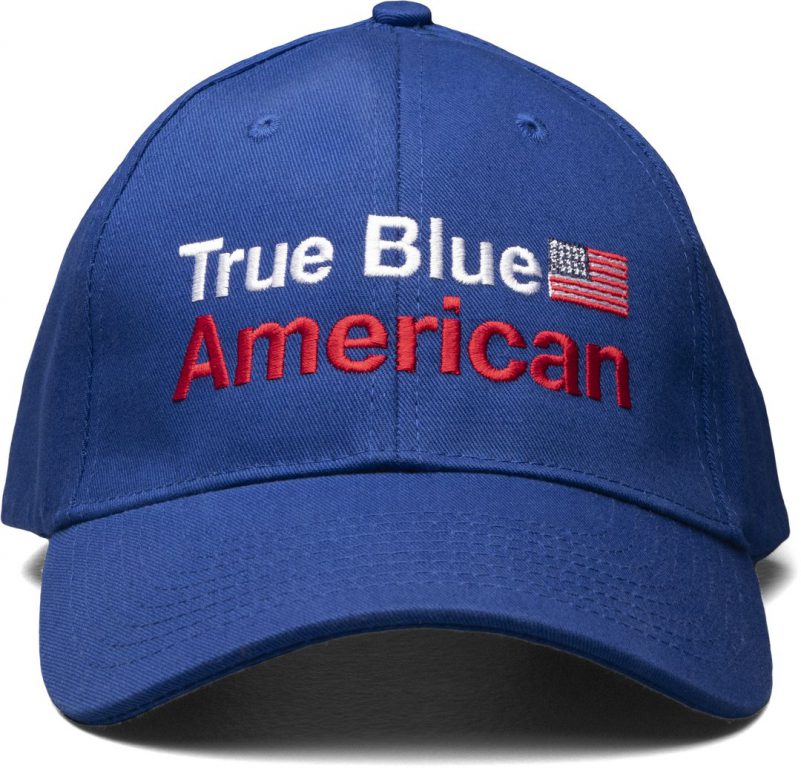 Guy Fiorita was tired of it all.

Of watching the news, seeing the behatted supporters of President Donald Trump, their red baseball caps claiming they were making America great again. As though they had a monopoly on patriotism.

“I think the hypocrisy is incredible,” Fiorita says, arguing that Trump’s behavior is unbecoming of a president and any claim to American values. “You’re the people that are backing the guy that mocked a disabled reporter.”

Fiorita, a writer and Milwaukee native, realized the hats were a powerful symbol for Trump.

“I was thinking about their hat,” he says, and thought “no, they’re no any more American than we are.” Democrats, he believed, were the ones really standing up for American values, trying to make the country better.

And that counter message, Fiorita was convinced, could resonate widely with Democratic voters. So he decided to make his own caps: blue, not red, with the message  “True Blue American ” — TBA, not MAGA.

He wanted a symbol of unity, something to reclaim a sense of patriotism for Democrats. And that boiled down to “True Blue American.” While certainly a response to Trump, Fiorita doesn’t want them to be seen as anti-MAGA hats, but stand on their own, a symbol for Democrats to be proud of.

Fiorita hasn’t sold many hats, yet. At $24.95, they’re not cheap. But, he notes, that’s because they’re all made in America and stitched locally in Milwaukee. And part of the sales are donated to advocacy groups that work to increase voter turnout.

He has some friends in Los Angeles that are wearing them. And, as they tell him, when people see the hats the understand the message.

Fiorita tells Urban Milwaukee he has received some interest from U.S. Senate candidate and an individual connected to the DNC Organizing Committee. “And if it doesn’t work, well, I tried,” he says.

Fiorita admits he’s not much of a baseball hat wearer himself. But he knows that plenty of Democrats are. “I want them to have a symbol.”