The Arcadian Dream of Greendale, WI 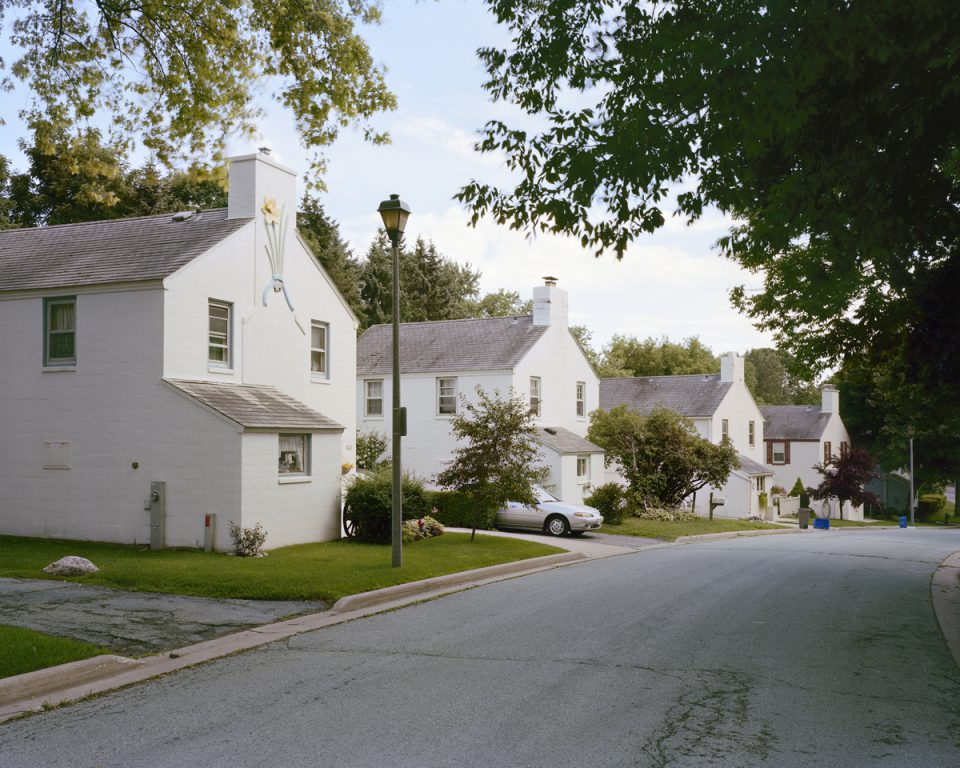 In an age of disparity, polarization and environmental cataclysm, one thing seems clear to me – utopia is a myth. No one lives peacefully without consequence. Artist Jason Reblando investigates the Modernist aspirations that propelled the concept of a perfected society in his photographic exhibition “New Deal Utopias.”

Reblando combines a journalistic eye with a poetic sentiment in documenting three “Greenbelt” towns, created as part of Franklin D. Roosevelt’s New Deal to combat urban decay and poverty. These towns were planned communities that were developed to “meet the challenges of the Great Depression in a spirit of cooperation,” and became prototypes for the postwar boom in suburban communities. They included Greenbelt Maryland; Greenhills Ohio; and Greendale, Wisconsin. In visiting these towns in 2017, Reblando was curious to see what changed, and what remained of their idealistic goals.

Sidewalks converge under a canopy of autumnal trees. A pedestrian walkway passes beneath a street. The images are peaceful, and offer the potential of sympathetic human interaction and encounters. Many elements of the Greenbelt towns are designed in this way, offering residents ways to navigate and meet. However, in Reblando’s photographs, these paths are empty, creating an alternate interpretation.

Similarly, Reblando photographed a mural in the music room of a school. The painting depicts figures with arms raised, voices joined together in song and praise. However, the photo also depicts scratches and holes that the painting has weathered from hard use over the years. As in previous photos, the room stands empty.

The exhibition also includes the 1939 film “The City,” which pointedly contrasted “the problems of the contemporary urban environment with the superior social and physical conditions that can be provided in a planned community.” The film was made shortly after construction of Greenbelt, Maryland. In it, we see a stark depiction of industrial city life and a pastoral, indeed utopian, view of an alternate lifestyle in the clean, healthy country. Soaring music by Aaron Copland adds drama to this propaganda film.

Reblando is not himself trying to condemn the ideals that created these communities. We see people gathering at a gazebo on a sunny, summer evening. A living room garden with sunflowers and a hanging plant catches light from from a bright, bay window. But alternate realities exist beyond the borders of this idealism. Greenbelt, Maryland was exclusively white until the 1950’s, for example. Greendale, Wisconsin remains 93 percent white, continuing a legacy of segregation for residents of the Greenbelt towns. When considering the concept of utopia, we must also consider those who are not allowed to participate.

Changes such as integration have happened in Greenbelt towns, however, and Reblando has documented this as well. For instance, a group of African-American boys rest in the shade of a tree in a large playground.

The viewer can feel the summer heat as it begins to turn the grass brown. The image is still and quiet, evoking the calm and community that these towns were meant to create.

The 20th century produced architecture designed as social experimentation. Louis Sullivan and Le Corbusier designed entire cities in the sky, meant to bring humans into a new and better age of domestic life. But income differences, segregation and other external factors have mitigated the aspiration and goals of many of these projects over the years. In a similar way, Greenbelt towns contain counter-narratives to the idealism of their inception. Reblando has found inspiration — and artistry — in how time and human interaction has necessarily changed these communities. 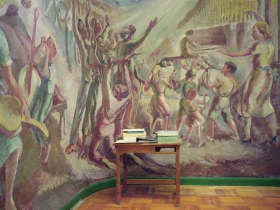 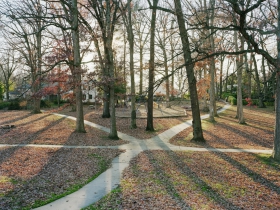 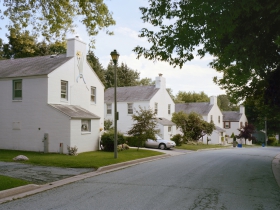 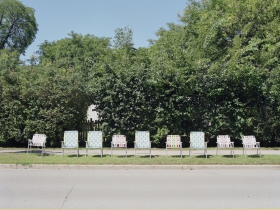 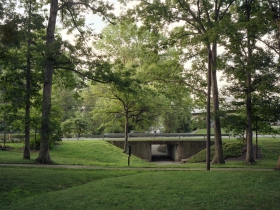 “New Deal Utopias” is on view in the Brooks Steven’s Gallery at the Milwaukee Institute of Art and Design through Saturday, March 14.

One thought on “Visual Art: The Arcadian Dream of Greendale, WI”