Wisconsin more dependent on trade than most states, could face bigger downturn. 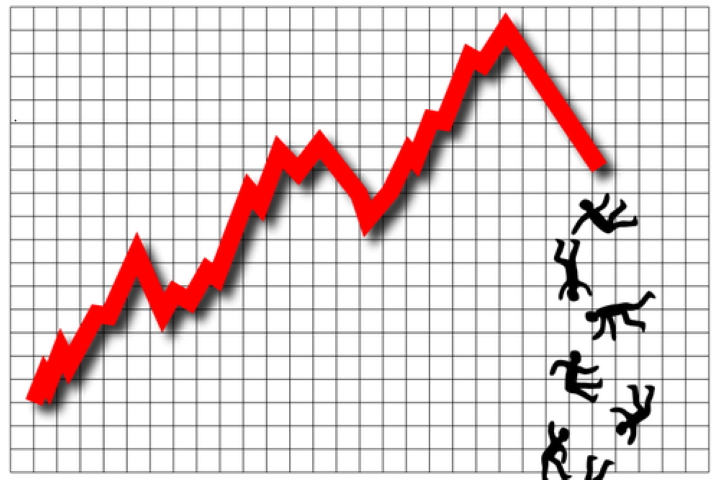 Although the risk in Wisconsin for contracting COVID-19 still remains low, with three confirmed cases as of early Tuesday, the economic fallout from the global pandemic could hit the state more severely than some other parts of the country.

That is an early and still very preliminary assessment from a University of Wisconsin-Madison economist who examines international trade and finance as well as macroeconomic policy.

“Too much is unknown to prognosticate,” warned Menzie Chinn of the UW-Madison’s Robert M. LaFollette School of Public Affairs, responding to an inquiry from the Wisconsin Examiner about the financial impact on the state of the coronavirus outbreak that has been spreading around the world.

Nevertheless, said Chinn, “Since Wisconsin is highly trade-dependent both for inputs and sales, (relative to the rest of U.S.), I expect [it] to be hit harder than other states.”

The illness attributable to the previously unknown virus has been designated COVID-19 by the World Health Organization.

After a volatile first week in March, on Monday U.S. stock markets fell on continued concerns about the effect of the disease on the world economy. The Dow Jones Industrial Average ended the day down 7.8%, or 2,013 points, closing at 23,851.02. The Standard & Poors stock index fell 7.6%.

Early in the day, programmed circuit breakers halted trading for 15 minutes after the Dow plunged by more than 2,000 points. Monday’s closing marked a 19% drop from the market’s most recent peak, just shy of the 20% decline that would trigger a bear market.

Among the events that fueled the selloff, oil prices dropped worldwide Monday on the heels of plummeting demand as fears of the virus sharply curtailed air travel. When Saudi Arabia and Russia failed to agree on a Saudi effort to reduce world production in order to prop up prices, the Saudis reversed course, increasing production and cutting prices in order to maintain market share.

Monday’s turmoil followed a series of business bombshells last week that accentuated anxiety about the pandemic.

On Thursday, the head of a prominent Silicon Valley venture capital firm suggested job cuts could be in order in the tech sector. On Friday, South by Southwest (SXSW) canceled the popular conference and cultural festival a week before it was to start after officials in the host city of Austin, Texas, declared an emergency and barred travelers from areas where the virus has been found.

Wisconsin, by contrast, has so far maintained relative calm in the face of the emerging novel coronavirus.

The Wisconsin Department of Health Services website tracking the state’s COVID-19 cases showed two confirmed cases of the illness as of Monday (a press release out this morning states there is now a third confirmed case) and 36 people for whom test results were negative, the same as Friday. State officials said Monday that the first infected person has now recovered.

The state’s second case, reported late Monday, involves a Pierce County resident. State health officials said the person was exposed to the illness while traveling in the U.S.

At the Wisconsin Department of Revenue, communications director Patty Mayers said it was still too early to forecast any changes in state revenue.

“We’re monitoring the situation,” Mayers told the Wisconsin Examiner in an email message. DOR economists take part in conference calls with IHS Markit, a forecasting firm, and those discussions have addressed economic issues and events affecting the national and state economy, including COVID-19, she said.

“DOR will review changes to the national forecast and produce a state-specific forecast as part of our ongoing analysis of the Wisconsin economy,” Mayers said, with the next quarterly economic outlook update due at the end of March.

As state and federal health officials continue to urge people who are sick or think they might be to stay home from work in order to avoid spreading illness, the situation of workers, especially low-wage employees, who lack paid sick leave has gained greater scrutiny.

On Monday, Sen. Tammy Baldwin (D-Wis.) announced her support for federal legislation that would immediately grant workers 14 days of paid sick leave during a national health emergency, including the current coronavirus outbreak. The measure, authored by Sen. Patty Murray (D-Washington) and U.S. Rep. Rosa DeLauro (D-Conn.),  also would require all employers to implement a paid sick leave policy that would allow workers to earn seven days of paid sick leave over time.

“As the coronavirus outbreak continues to spread, we should help ensure workers can take paid sick leave to protect themselves, their co-workers and their families,” Baldwin said in a statement. “No worker should have to choose between protecting their health, or paying their bills.”

Where the larger economy is concerned, Chinn, the UW economist, said that for now the specific effects are still in the realm of what might happen based on what is happening now.

State manufacturers are likely to experience supply-chain disruption, he said. “Keep an eye on disruption to pharmaceuticals,” Chinn added, “so medicines which are probably slightly more important for Wisconsin due to a somewhat older population, might be in short supply.”

Potential repercussions in other sectors of the economy are less certain. Companies with higher debt will be important to watch as concerns grow about risky borrowing, he said.

Chinn suggested the virus scare could also put a damper on major purchases of soybeans and other agricultural products that China promised in its recent trade agreement with the U.S.

On the other hand, he said, “At least Wisconsin isn’t reliant on oil production.”