By Wisconsin Democracy Campaign - Mar 9th, 2020 02:45 pm
Get a daily rundown of the top stories on Urban Milwaukee 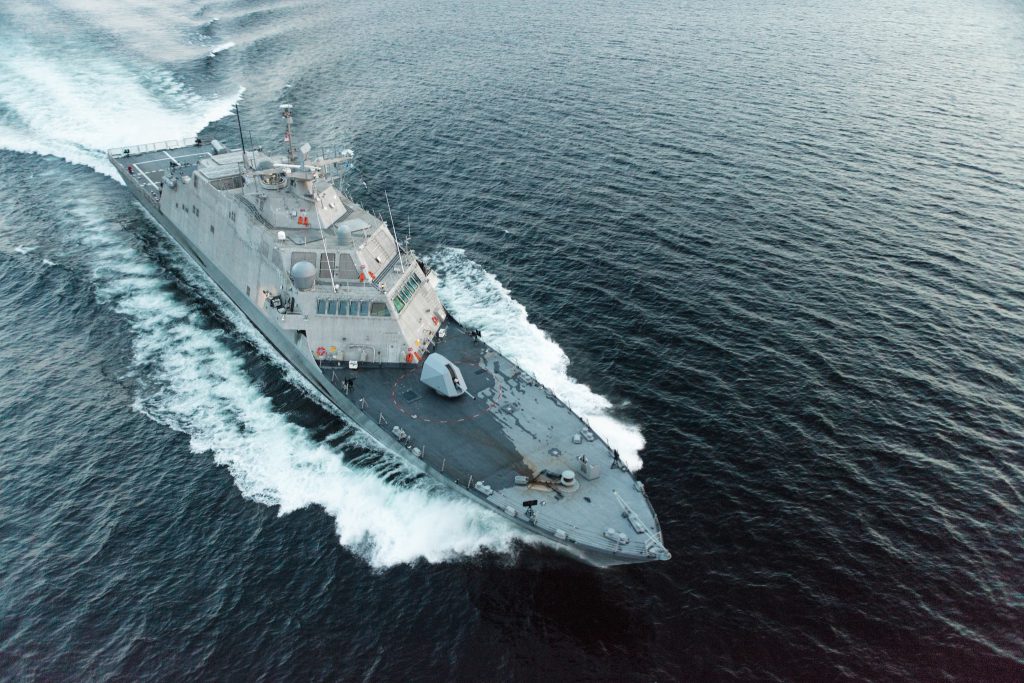 The USS Little Rock was built by Marinette Marine. Photo By Lockheed Martin. Photo is in the Public Domain.

A northern Wisconsin shipbuilder was awarded a $29 million state grant on Tuesday by the administration of Democratic Gov. Tony Evers after making first-time contributions to a group that helps elect Democratic governors.

Last year, Marinette Marine made two contributions on Jan. 2 and Aug. 2 totaling $45,000 to the Democratic Governors Association (DGA) , according to reports filed by the group with the U.S. Internal Revenue Service. These appear to be the company’s only contributions to the DGA.

The company’s first contribution of $15,000 came about three weeks before Evers said he would include $31 million in state bonding in his proposed 2019-21 state budget to help the company expand its shipyard.

The company’s second contribution of $30,000 on Aug. 2 came about a month after Evers and the GOP-controlled legislature approved a state budget that designated up to $31 million in state grants to Marinette Marine.

In 2018, the DGA spent an estimated $13,450,000 through a state group it created called A Stronger Wisconsin to support Evers, who defeated former GOP Gov. Scott Walker.

The DGA operates as a so-called 527 group, which can raise and spend unlimited amounts of money from any source for state and federal electioneering activities. The group raises millions of dollars each year from powerful special interests to support Democratic candidates for governor across the country.

Between January 2010 and July 2019, state campaign contributions from Marinette Marine employees, a political action committee (PAC), and a corporation totaled $40,100. Evers did not receive any contributions from the company’s employees or PAC during the period. The top recipients of their contributions were: