Board Seeks Unified Approach to Services

By Isiah Holmes, Wisconsin Examiner - Mar 2nd, 2020 10:17 am
Get a daily rundown of the top stories on Urban Milwaukee 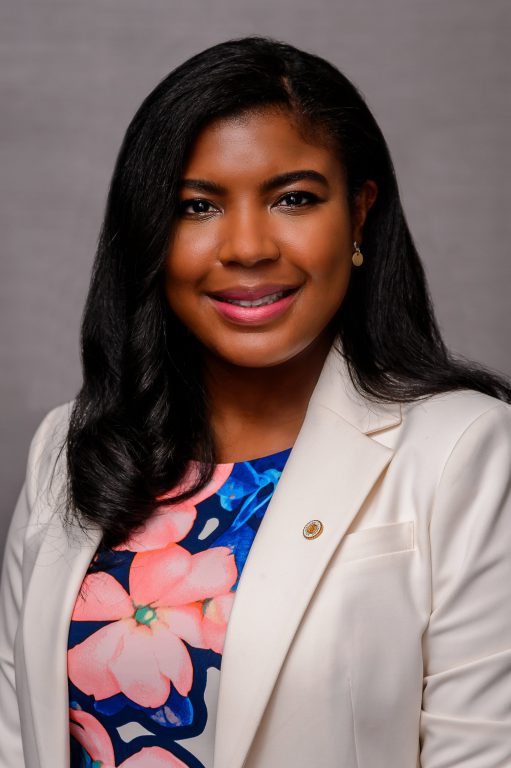 The Milwaukee County Board of Supervisors green-lit a new proposed strategy for increasing services and resources in the county and its institutions. Dubbed the ONE Milwaukee Task Force, it aims to coordinate and consolidate services among  the county, city and Milwaukee Public Schools (MPS) to overcome barriers to much needed resources for residents.

Supervisor Marcelia Nicholson (Dist. 5), who proposed the task force, laid out the initiative’s vision to Wisconsin Examiner. “For too long, policymakers have worked in silos with no shared vision and no shared accountability,” said Nicholson. “We all want to help, but we never asked ourselves how we can help each other.” Admitting, “we are in trying times,” Nicholson adds, “resources are limited and it is imperative that we look at this with a creative lens.”

The task force will focus on Promise Zones, a program which began in 2017 to form neighborhood partnerships to increase educational opportunities, create jobs, and promote healthier neighborhood life. Four Promise Zones were designated in the city including the North Division/Harambee, Washington Park, South-Side and North-Side Milwaukee neighborhoods. All of these are primarily minority neighborhoods that struggle with poverty-rooted issues.

Streamlining services and coordination between parts of school, county and city government could be a crucial part of the puzzle. While Nicholson says, “there is no friction,” between these three aspects of government, she admits, “there has been an absence of collaboration.”

An example can be seen in the 53206 zip code, which is home to numerous programs headed by the county, city and MPS. “But we don’t necessarily coordinate these efforts,” says Nicholson. “We generally support the same policies and programs, and yet we pay twice and sometimes three times to the same organizations for the same information. By sharing data and streamlining collaborative efforts, we can save time, money and effort in accomplishing our goals as a whole, which frees up resources for future work.”

She sees numerous programs and organizations which could see benefits from greater, more specialized collaboration. From the Office on African American Affairs (OAAA), to the City-County Joint Task Force on Climate and Economic Equity.

“We can strengthen these programs through this synergy,” Nicholson said. “We can improve upon what works, and take resources away from what doesn’t, making sure our taxpayers’ dollars are worth more and that our residents are seeing a return on those investments. We are looking for other opportunities like that, whether it be on replacing lead laterals or addressing persistent racism in the city.”

Breaking these kinds of barriers has become a growing priority for city and county officials in recent years. In 2019, racism was declared a public health emergency in Milwaukee County. Recently, Milwaukee County Executive Chris Abele, joined by county supervisors and representatives from the OAAA, helped introduce an ordinance to compel the county to identify and address policies, practices and institutional structures which favor some communities over others.

“Today we are proud to finally and fully lay out a solution to the public health crisis racism has on our community,” said Supervisor Supreme Moore Omokunde (Dist. 10). “With this bold legislation, we can continue dismantling the impacts racism has had on our community and move forward to building a stronger Milwaukee County.” Nicholson added, “this ordinance is not only an acknowledgment of systemic racism in Milwaukee County, it is a commitment to equity and accountability for all those who have been disparately impacted for generations.”

She said it should be a priority for officials to work together, to better serve city and county residents. “Ensuring every resident has a safe and comfortable place to live, a decent wage, the ability to raise a healthy family, access to a fully funded public school and more,” Nicholson said.

She believes the One Milwaukee Task Force can help realize some of those ambitions. It comes amidst continued tension over what locals see as legislative and budget neglect of Milwaukee County by the state government.

“There are things we want to do as a county,” said Nicholson, “including raising wages, protecting tenants, safeguarding public assets and land and more, but we can’t because we are preempted by the state.”

She said the state has taken an “adversarial approach” against Milwaukee, “despite the fact we give more than our share of resources to the state. That needs to change. I cannot predict what will occur at the state level, but I can assure you that we will keep working in Milwaukee until every resident has the ability to thrive regardless of zip code.”