New Company Takes on The World

And the future, as The Constructivist Theatre produces a play called ‘The Nether’.

Robert W.C. Kennedy and Maya Danks in rehearsal for ‘The Nether’. Photo courtesy of The Constructivist Theatre.

Jaimelyn Gray is a person with so much energy, it can’t be hidden. Gray — “you can call me Jamie” — seems incapable of not being in motion, and is the driving force behind The Constructivist Theatre, formed in 2018. Starting a new theater company is not a walk in the park. Gray admits that even though her parents were both theater people (they met performing in community theater) and she was exposed to this at a young age, the idea of being a theater professional didn’t take right away. 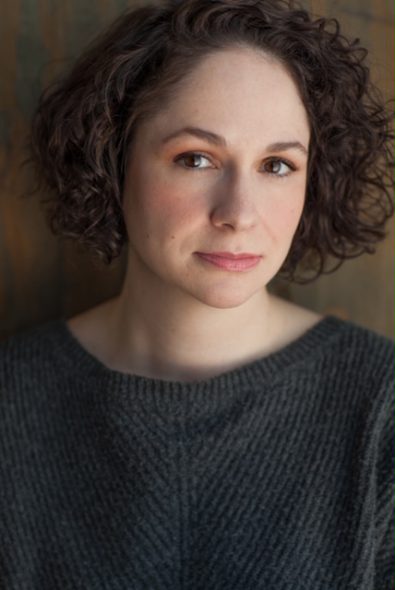 College was accomplished in phases, the third and final one being UW – Oshkosh. After a short stay in Milwaukee, where she mainly performed, Gray moved to Chicago. In Chicago, she was not only acting but helping friends and associates start and run theater companies. It was on a family visit trip to Milwaukee, Gray’s Polish-born husband commented on how much he liked the city. Almost on a whim, they moved here that year. Gray decided a new company was the best way to do the theater; she wanted to produce. What would become The Constructivist Theatre began with a play called Gruesome Playground Injuries, produced in February 2018?

“We did that play as an experiment. Could we actually do this? Could we produce the kind of work we wanted to do and could we succeed? Our experience with that first production proved to us, there was a need for that kind of theater.”

So here we are in 2020, looking forward to the next production from the company, which has settled into doing two shows a year. If a theater company was a restaurant, you could say it’s a screaming success because it’s still in business after two years. Theaters, however, are even tougher to keep going, so one key accomplishment for the company this year was getting nonprofit 501(c)3 status that will open doors to charitable donations not only from individual contributors but foundation and government funding.

If you research Constructivism in art history, you can learn a lot about its beginnings in Russia, and its place foreshadowing the Modern Art Movement. For Gray the name means something different: “When I was thinking of what we wanted to do as a theater company, I think that we picked it because we are trying to produce theater for the public good.”

Gray believes that theater should hold up a mirror to our society and force us to look at ourselves from every angle. “I’ve always been a big fan of plays with a dark side to them,” she says

Their next production, which opens on March 6, is The Nether, a play by Jennifer Haley. The story is futuristic yet more about the mental challenges of technology as opposed to Star Wars or other cinematic takes on the future. “I look at this play as kind of a mix of ‘Law & Order SVU’ and ‘Black Mirror’,” Gray says.

The play takes place in two locations: the real world and The Hiding, a virtual reality world where anything goes.

“People that go to The Hiding get to live out their worst and most despicable selves. It’s a study of human nature and a warning about what’s possible if we don’t respect technology.” Gray says.

One of the goals Gray has set for her company is to produce more work by women. “The problem is that women don’t write a lot of the dark material we’re looking for. It’s a challenge. That is why we are so happy with The Nether. Not only is it written by a woman, but it’s excellent work.”

Another goal is to be able to pay her people more money. Gray is helping to form an alliance of small theater groups in the city. Some of the things the alliance members are discussing is working to reestablish more teaching of arts in the schools, attracting a more diverse audience into live theater performances, and better pay for theater workers.

Meantime the show must go on, and if it is an energetic and persuasive as Gray, it should be a good one.

The Nether, March 6-22, will be presented in the 53212 Presents space above Company Brewing, at 731 E. Center St. Tickets available via Brown Paper Tickets