Plus: Kegel’s Inn reopens just in time for lent 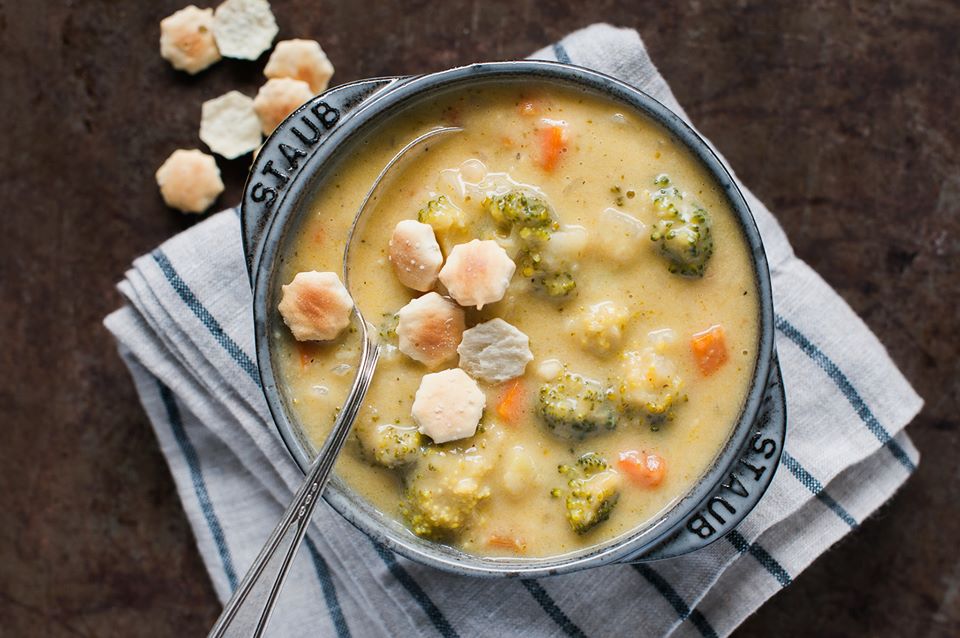 For 10 years, Steven Wenhardt has been selling homemade soups with ingredients sourced from local farms under the name of Wisconsin Soup Co. at local cafes and farmer markets. Now, Wenhardt has plans to sell his soups from an official storefront, which will be called Loup and will have a home at 7505 Harwood Ave. in Wauwatosa. Biztimes’ Maredithe Meyer reports:

The addition of its own storefront will allow the business to sell its farm-to-table product fresh and ready-made, while also engaging with its customers, said Wenhardt.

“We want to have something where we can tell our story a little but and give people a place to hang and enjoy a cup of soup and get that experience of what we’re all about in the first place,” he said.

Loup is both a dine-in and carry-out concept. There will be a small seating area and counter where diners can order soup by the bowl or flight, paired with house-made sandwiches and bread. Quarts of hot soup and bread can also be ordered to go.

Ingredients will be sourced from local vendors, and Wenhardt said he’s considering partnering with a local baker to provide bread for the restaurant.

“It’s a great way to showcase what Wisconsin has,” he said.

Wenhardt hopes to open Loup by May, but plans have yet to be approved by the city. The plan commission is scheduled to take the proposal up March 9.

“The freshness and quality of our classic wings are something we hang our hat on,” said co-owner Josh Brown.

The restaurant always orders its chicken wings raw, never frozen, he added. Instead of being deep fried, the wings are baked for 45 minutes, then taken out to cool.

When an order is placed, the wings go into a turbo oven, which Brown described as being similar to an “air fryer on steroids.”

“Our goal is to get the average American to eat a little healthier without noticing,” he said.

There are 11 sauce options, including garlic Parmesan and sriracha bourbon, as well as four dry rubs.

Meatless options include breaded cauliflower wings ($8.99), and “UnChicken” wings ($9.99), which are made with mycoprotein.

Besides wings, the restaurant serves appetizers, wraps, sandwiches, salad, and skillets, such as the $8.99 “Cheesy Mac Skillet,” which has crispy Tater Tots topped with mac and cheese, boneless chicken wings, wing sauce and cheddar jack cheese.

For beverages, Good Land carries local craft beers and sodas, and for desserts, there are beignets and s’mores campfire waffles.

Last week, we noted that Kegel’s Inn was closing down for a brief remodeling period. And brief it was. On Feb. 26, Kegel’s Inn reopened, just in time for patrons to enjoy a fish fry on Ash Wednesday and during the upcoming six weeks of lent. OnMilwaukee’s Lori Fredrich has the details on what’s new:

…
Improvements include a brand new dish pit, stainless steel walls and shelving, the addition of refrigeration on the line and numerous equipment upgrades.

“When we put in a POS system last year, we were finally able to more easily see data about what sells on our menu,” says (co-owner Julian) Kegel. “And when we took a look at that what we found is that we sell more schnitzel than anything else.”

The result? An expansion of the cooking area to include 18 new state-of-the art gas burners (a vast improvement over the previous 10).

“Efficiency and output will be much better, and cleanability will be vastly improved,” says Kegel. But the new kitchen will also be far better equipped not only to service lunch and dinner guests, but also the crowds that gather in the summer to enjoy the outdoor beer garden and the ice skaters who utilize the new winter skating rink on the street right outside the restaurant.”

Kegel says he’s also investing time and energy to assist his brother Noel Kegel, co-owner of Wheel & Sprocket with the launch of a new food and beverage venue at the company’s new Bay View headquarters, which will be located at 187 E. Becher St. in Bay View.

A restaurant that has changed names, ownership and concepts since the 1930’s is once again being reintroduced to Brookfield’s dining scene. The Red Mill Inn & Pizza at 1005 S. Elm Grove Rd. reopened in January, settling into its new concept as an Italian-American restaurant. Fredrich has the scoop:

Head to The Red Mill this week and you’ll find Chef Christopher Rolfson in the kitchen whipping up appetizers like dischi di mozzarella fritta, rounds of mozzarella which have been breaded and fried and are served with marinara sauce ($8); baked spinach artichoke dip with crostini ($9) and fried eggplant parmesan sticks with marinara or alfredo sauce ($9).

…
There are entree-style salads including classic Caesar, chop salad and caprese ($8-$10) and a variety of pasta dishes from spaghetti with housemade meatballs and marinara ($14) and baked lasagne ($15) to romesco mac & cheese with housemade romesco sauce, mozzarella and cheddar cheeses ($13); chicken parmesan with linguini ($14) and a ravioli of the week (pricing varies). Pictured: mortadella and prosciutto casoncelli with marinara sauce.

And there is pizza, made with a recipe that was developed with the help of Dax Schaefer, a chef who worked with Eft at the Chancery before assisting Joe Bartolotta with the opening of Ristorante Bartolotta in 1993 and eventually transitioning into product development.

…
On Friday evenings, the restaurant offers an abbreviated menu which includes a classic fish fry featuring Peroni beer battered cod with coleslaw, a rye bread stick and a choice of fries, housemade salt and vinegar chips or pasta salad ($12, $15 for large portion).

You’ll also find a nod to the past during brunch when The Red Mill features live jazz music along with a buffet filled with a combination of European treats like antipasti, rustic bread, jams, meats and cheeses along with egg dishes, pizza breakfast sandwiches and other Italian-inspired options ($11 for adults, $6 for kids).

The food truck will serve a number of Mexican classics like tacos, tostadas, enchiladas, gyros, burritos and chimichangas. But, curveball, it will also sell polish sausage, gyros and hamburgers.