The Power of Great Paintings

MAM show of European masterworks is not to be missed. 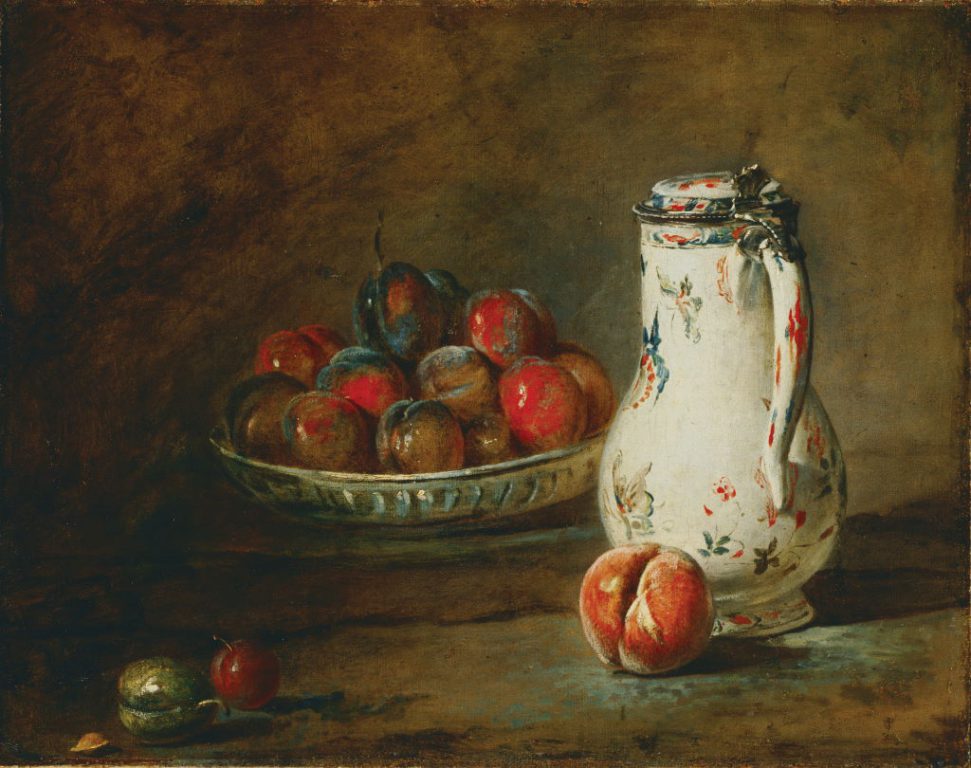 Having visited the Phillips Collection in Washington, D.C. a number of times, I was thrilled to hear a portion of this museum’s art was traveling to Milwaukee. My heart raced as I showed the attendant my ticket and entered the first gallery of “A Modern Vision: European Masterworks from The Phillips Collection” at the Milwaukee Art Museum.

I was met by a small painting of a pyramid of peaches by Henri Fantin-Latour. Painted over 150 years ago, they feel like mysterious shadowless relics in the vacuum space of the painting. The oil paint was teased upon the surface of the canvas and then slightly flattened, creating the illusion of candlelight hitting the fruit’s surface. I notice another peach in a nearby painting by Jean-Simeon Chardin called “A Bowl of Plums”. The texture of the canvas itself creates the illusion of soft peach fuzz. Four precisely placed yellow brushstrokes build the brightest color of the fruit to create the illusion of plumpness. Through Chardin’s masterful touch and use of soft and hard edges, the still life becomes a landscape. The haziness of the vase contour behind the sharpness of the peach creates space like a distant mountain range on a foggy day.

In the next room, I’m drawn to a Berthe Morisot’s painting, “Two Girls” which captures the light of the interior space two woman are sitting in. The variety of brushstrokes seems to be responding to the conversation they are having; each woman is painted with mysterious features that emerge and dissolve depending on your distance from the piece. Morisot’s masterly use of paint through unconventional means, perhaps rags or fingers were used to slightly smear or rub the paint, creates both psychological intrigue and intimate presence.

Paul Cezanne’s “Self Portrait” from 1878-80 is not so much painted as massaged. It is a self anointed portrait which seems to have been built with his thumbs. The clay-like paint is pushed, smeared and built like the mountain, Mount Sainte-Victoire, that he would paint over 60 times in his life. There is also a still life by Cezanne called “Ginger Pot with Pomegranate and Pears”. In this painting, elements seem purposely disjointed, none of the lines which comprise the ginger pot connect and it makes us question our perception of space. These areas of his paintings would spur Cubism and a new, more modern way of seeing. The bottom edge glows with an unfinished portion of canvas and the richness of cool light and color harmony become symphonic as much as optic.

The Pierre Bonnard room pulsates with the light of France in a master class of painting. Take for instance, “The Open Window”, a painting that captures both the glow of the exterior at dusk and illumination of a lit interior space. The surface, as with most Bonnards, is a tactile world unto itself. Paint is slathered, smeared, dripped, glazed and scraped. The color turns to light as we enter Bonnard’s world and join his wife and cat in their glimmering domestic space. In another piece titled, “The Palm”, Bonnard’s wife, Marthe, stands in the shade of a huge palm branch that extends across the top of the painting and creates an arch. In the background we see Le Cannet extend for miles in the distance glowing in the afternoon sun.

Near the end of the exhibition, I spot a painting I have known and loved for years, Chaim Soutine’s “The Pheasant”. It is a still life of a dead pheasant laying on a white cloth. The canvas becomes a casket and the paint, applied with stunning directness, becomes the internal organs. My favorite area in this painting is where Soutine has literally filleted the painting by taking his palette knife and scraping through the semi dry layers of paint to indicate the edge of the prostrate bird.

I haven’t even written about the amazing work of Vincent Van Gogh, Claude Monet, Edgar Degas, Giorgio Morandi or Oskar Kokoschka included in this show. I urge you to see it all yourself before it closes on March 22.

What made Duncan Phillips such a modern collector is that he didn’t just choose paintings from some of the greatest contemporary artists of his time, he knew many of the artists personally, supported their careers and chose the very best examples of their work. These words from Friedrich Nietzsche’s Thus Spoke Zarathustra came to mind as I left the show:  “Of all that is written, I love only what a person hath written with his blood. Write with blood, and thou wilt find that blood is spirit.”

Such is the power of this show.