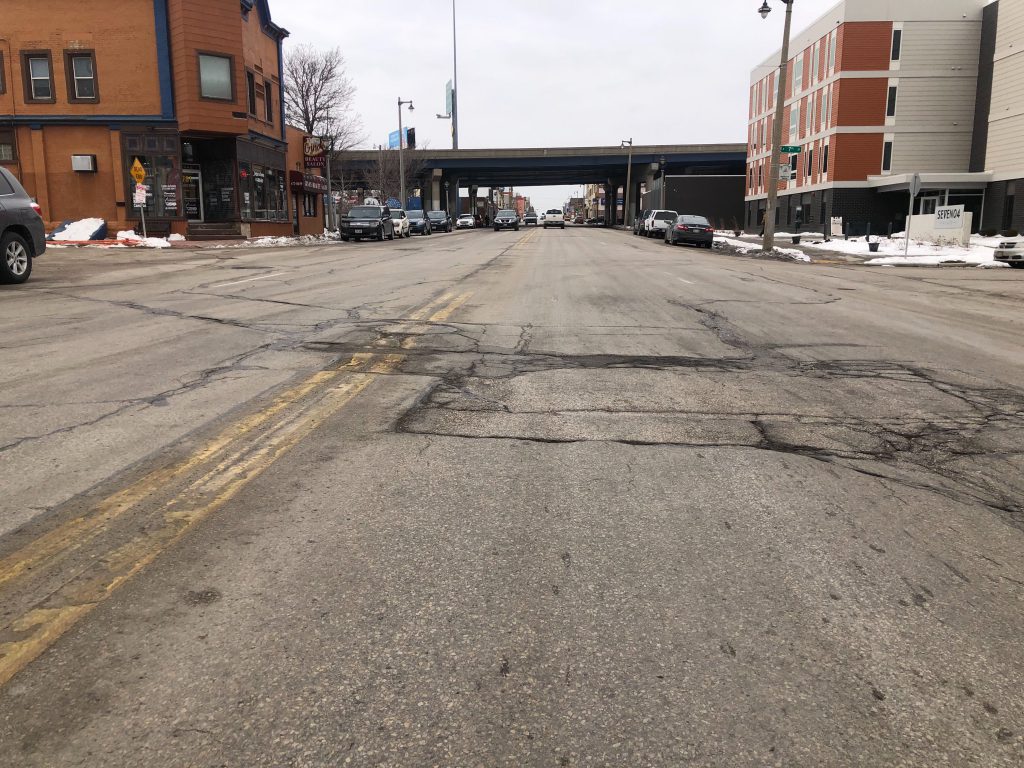 Milwaukee’s south side main street will get rebuilt under a new partnership between the city and state, but not for at least five years.

Construction is expected to start in 2026 on the 2.6-mile-long, $24.7 million project, which will include $23.3 million from the state to rebuild what it calls State Trunk Highway 59. The city will contribute $1.4 million to the effort.

Mayor Tom Barrett, at a press conference announcing the funding commitment, said the city has received $5 million to $6 million annually from the state in recent years to rebuild connecting highways. “Our largest project in recent years included the $10 million reconstruction of Chase Avenue that was substantially completed last year,” said Barrett. “But as we all know driving through the city, the needs are still there.”

The complete reconstruction, which will occur in segments over two years, will run from S. 1st St. west to the city limits at S. 39th St. “It will enhance the roadway’s safety, efficiency and aesthetic value,” said Barrett.

“If you drive along the corridor you will see it’s at or near the end of its useful life,” said Wisconsin Department of Transportation southeast region director Dewayne Johnson. “It’s great to see this thing moving forward and hopefully we can get it done even a little earlier.” The state intends to provide the funds in its 2025 fiscal year.

Despite the fact that the project is years away, city officials are happy with the state’s commitment. “We will clear our calendar anytime you want to come into the city with an announcement like this,” said Barrett to Johnson. Barrett was joined by area Alderman Jose G. Perez and Public Works Committee chair Ald. Robert Bauman at the press conference.

Perez told Urban Milwaukee his first priority with the project is to ensure the new design is safe for pedestrians and bicyclists. “Ever since we were kids this has been a tough street to get across,” said the alderman in an interview. His second priority is to work with affected businesses and residents to ensure their needs are accommodated. The Common Council began debating strategies earlier this year to better support businesses during long-term construction projects after a similar project on N. Teutonia Ave. threatened the viability of a number of businesses in the corridor.

Department of Public Works Commissioner Jeff Polenske said the project being years in the future will give the city adequate time to plan. “That’s the opportunity we have here,” said Polenske. “We are working with the community to identify what the needs are.”

The entire right of way, including sidewalks, will be rebuilt as part of the effort. Polenske and Perez said that creates an opportunity to improve access for all users, not just cars.

Polenske said the project would be “let” (made available for bidding) in 2025, with the city starting construction in 2026. Work is expected to last through 2027, with construction occurring in at least two segments to minimize disruption.

National Ave. east from S. 1st St. to S. Water St. will not be rebuilt as part of the project.

Does the state award indicate that progress has made between Perez, Bauman and the Barrett administration on extending the streetcar to W. National Ave? “No, not yet,” said Perez. “It would be a good time to think about it.” That project remains on hold before the Common Council. 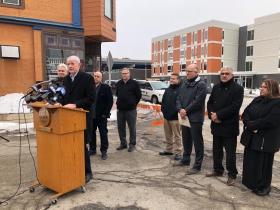 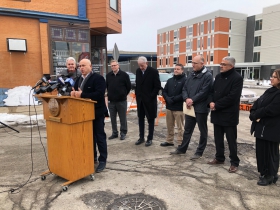 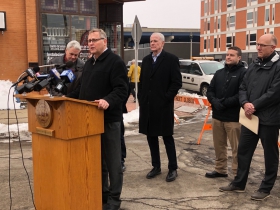 One thought on “Transportation: City to Rebuild National Avenue”