Snack Boys Moving to the East Side 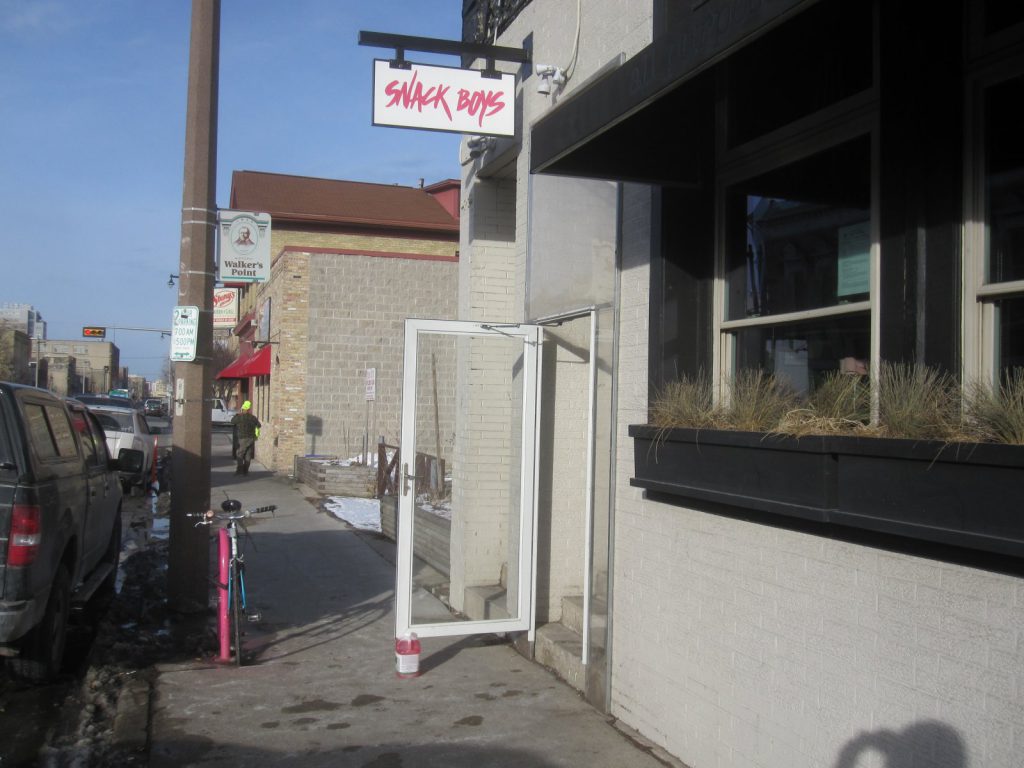 The Walker’s Point restaurant Snack Boys, which established itself as a popular late-night snack bar with a light-hearted, party atmosphere, is moving to a new location on North Avenue that was formerly the bar Hotel Foster. Snack Boys will temporarily close down its current operation in the building located at 814 S. 2nd St. The restaurant’s final service is set to be March 15 before it relocates to the long-vacant space at 2028 E. North Ave. OnMilwaukee’s Lori Fredrich has the details on the new space:

As for what folks can expect from the new space, co-owner John Revord says Snack Boys vibe has always embraced a mix of 70s and 80s basement chic and vintage Miami.

“The new space will be way more vintage Miami,” he says. Think lush greens… tropical, fun drinks… and Burt’s moustache and pink neon to round things out.”

And while ambiance is important, one of the major advantages of the move, says Revord, is the amount of space they will have to execute a bigger, better menu.

“The changes will be notable,” he says. “Popular menu items will stay, but from there our offerings are going to see a lot of growth.”

The bar, on the other hand, will continue to offer signature resort-style boat drinks, wine and brews. But tap beer will also be added to the mix. 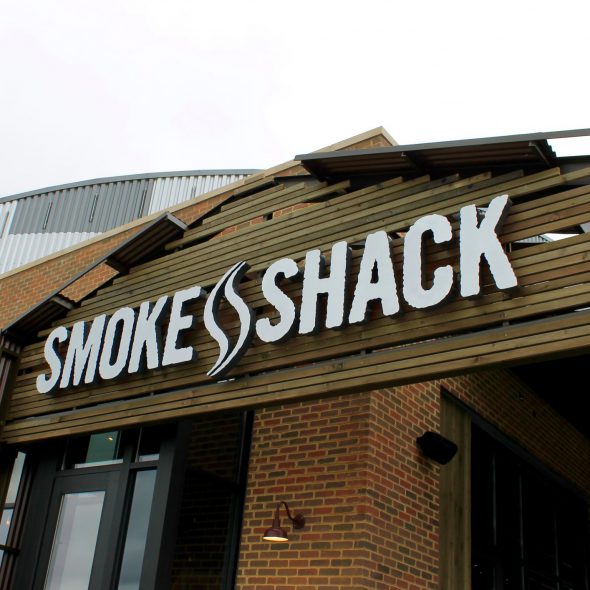 Barbecue restaurant Smoke Shack’s Wauwatosa location, located at 11340 W. Burleigh St. in the Mayfair Collection, is expediting its services by ceasing its table service and switching to counter service only. The new speedier restaurant will be called Smoke Shack Express, while Smoke Shack’s original Third Ward location will keep its table service. Journal Sentinel’s Carol Deptolla has the details:

Smoke Shack Express’ official debut is Friday, Feb. 7, but the restaurant already was in express mode Tuesday after closing Monday for construction.

At the grand opening, which starts at 11 a.m. Feb. 7, each of the first 50 customers will receive a free pulled-pork sandwich, and 25% of proceeds from Friday’s sales will be donated to the Wauwatosa-based health care system Children’s Wisconsin.

Chris Adams, vice president of operations for parent company Hospitality Democracy, said in a written statement that the change better accommodates families, Mayfair Collection shoppers and employees on break from nearby businesses who are looking for quicker meals.

The Shorewood restaurant formerly known as North Star American Bistro, 4518 N. Oakland Ave., has been re-conceptualized and is reopening as Bonobo American Bistro. The bistro was sold to Spencer Stewart in 2019, who has worked on upgrading the menu and atmosphere while maintaining the restaurant’s original charm. Fredrich reports

Salads run the gamut from house salad with mixed greens ($9 / $4 for side salad) to entree-worthy steak and salmon salads featuring ingredients like kale, romesco and farro ($15-$17).

There’s a collection of half-pound cooked-to-order burgers and the Impossible Burger ($14-$16) a deep fried chicken sandwich ($15) and steak and frites ($23).

Guests can also stop by on Fridays for the Bonobo fish fry featuring a choice of beer battered or pan seared cod, breaded ocean perch or macadamia and coconut crusted shrimp. 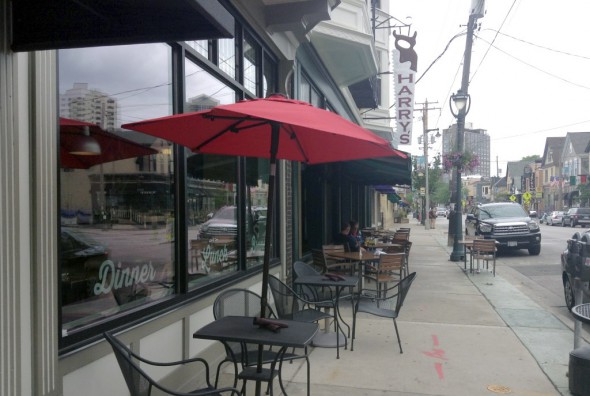 The building at 1234 E. Brady St. was once a hardware store, then it was a bar, then a bar and restaurant called Harry’s on Brady, and now, it’s going to be Pete’s Pub. This new venture is being opened by Pete Marshall, former manager of Jack’s American Pub. Urban Milwaukee’s Jeramey Jannene reports:

Marshall also doesn’t plan to drastically change the look-and-feel of the Harry’s on Brady space. “We are not going to be doing tons of renovation,” said Marshall in an interview. Located in an 1887 building, the space includes a long, wood bar and exposed Cream City brick.

Triciclo Peru at 3801 W. Vliet St., known for empanadas and pisco sours, has only been open for two months, but it’s already adding some new menu items to its already popular selection of empanadas. Fredrich has the scoop:

If you love ceviche, you might also find your bliss in tuna tiradito, a raw fish preparation in which fresh sashimi-style fish is draped in a bright, creamy citrus and ají amarillo chile sauce ($12). The shareable dish one of many Peruvian delicacies which originated thanks to the influence of Japanese immigrants.

After 4 p.m., guests also have the option to enjoy a Peruvian take on an American staple: deep fried chicken wings bathed in a sauce that incorporates three staple Peruvian peppers: the bright sweet ají amarillo, the smoky sweet ají panca and the more incendiary rocoto pepper.

Meanwhile, the dinner menu features more substantial offerings including the infinitely comforting ají de gallina, a casserole-style dish featuring shredded chicken bathed in a creamy ají amarillo sauce and served atop baked cannelloni filled with goat cheese bechamel. It’s topped with toasted pecans, parmesan cheese and gratinéed eggs ($15). The dish is a variant on the traditional Peruvian stew, which is often served over rice with boiled potatoes and olives.

While all of this is just a taste of what Triciclo Peru will offer, visit OnMilwaukee.com to get a peek at more new lunch and dinner options, as well as dessert and an ever-changing brunch menu. 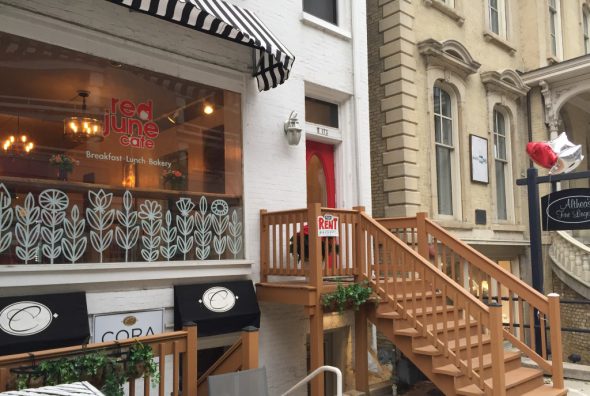 The Milwaukee spinoff of the Chicago-based Red June Cafe has closed after three years of business. The cafe was located just off of Cathedral Square at 773 N. Jefferson St. Urban Milwaukee’s Graham Kilmer has the scoop:

A cafe employee told Urban Milwaukee earlier this week the establishment was closing, and it was their last week of business. Despite repeated attempts, Urban Milwaukee has been unable to confirm this with the owners. It has been closed during normal business hours since at least Thursday and calls to their business phone number suggest the line may be disconnected.

According to city records, the retail food dealer license for Red June Cafe expires in February.

The cafe is owned by Kimberly Blackburn and her partner, Hewerton Moreira, a former professional indoor soccer player for the Milwaukee Wave and current head coach of the indoor soccer team the St. Louis Ambush.