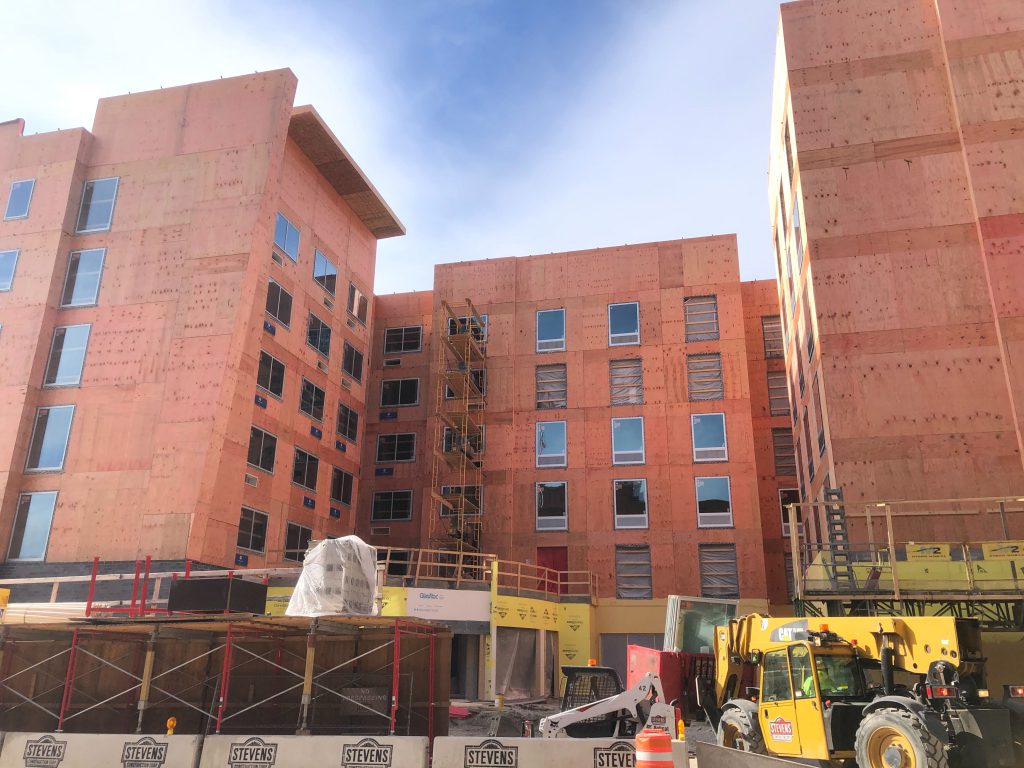 Progress continues to be made on the construction of three-attached new downtown hotels.

Stevens Construction is leading the general contracting on both buildings. Construction on the southernmost building, to be used by the two Hilton properties, has topped out, with a large plastic sheet covering the south facade as interior work ramps up. The distinctive angular shape of a portion of the eastern facade is now visible. Meanwhile, only the first four stories are visible on the northern building.

An affiliate of the two firms, Hop City Lodging LLC, purchased the three parcels at 433 E. Michigan St., 501 N. Jefferson St. and 517 N. Jefferson St. in August 2018 from Johnson Controls for $5.15 million. A heavily-altered office building, built in 1909 according to city records, was demolished to create the northern site. The two southern contained a 62-stall surface parking lot and 10,760-square-foot building from 1970, both of which are now gone.

Matching the Hop City name, two stations on The Hop’s planned lakefront streetcar line sit ready and waiting a block from the development site. They’re scheduled to go into service by the end of 2020 once they’re connected via a station in the base of The Couture, or maybe not. The city continues to delay the streetcar project as long as possible to allow The Couture’s developers to secure financing for the apartment tower.

Since construction started another amenity has been announced near the hotels. Central Standard Craft Distillery is buying the long-vacant building a block west with the intent to open a tasting room this summer. Another block further west the Huron Building continues to rise. And on the other side of Interstate 794 a new apartment building is being constructed. 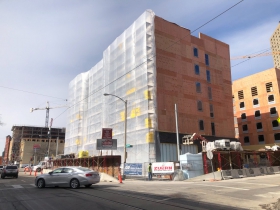 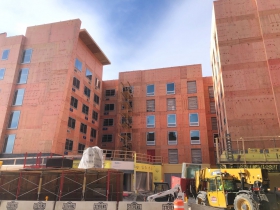 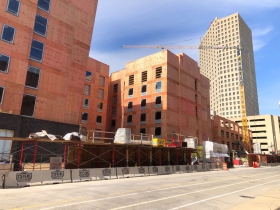 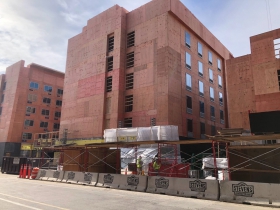 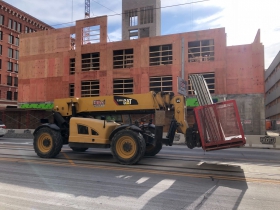 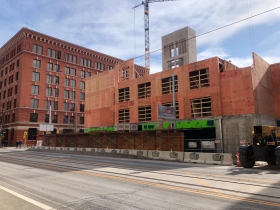