What Does It All Mean, Anyway?

Haggerty show, “Towards the Texture of Knowing”, offers a variety of artists posing powerful questions.

By Rafael Francisco Salas - Feb 6th, 2020 05:39 pm
Get a daily rundown of the top stories on Urban Milwaukee 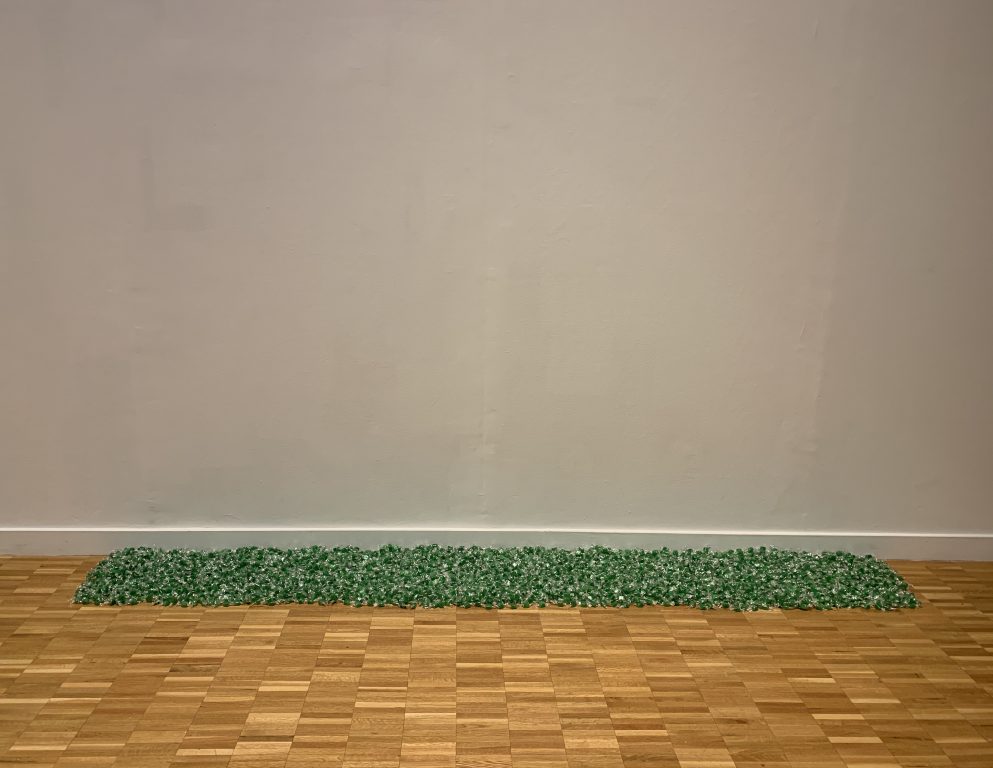 “What life adds up to is still a problem and an open question; an object of curiosity.”

No kidding. This curious statement by anthropologist Kathleen Stewart encompasses “Towards the Texture of Knowing” at the Haggerty Museum, a show presenting a variety of artists, which takes as its theme Stewart’s book “Ordinary Affects.” In it, Stewart describes that the fleeting, forgettable moments in our lives are in fact the ones that allow us to understand the world at large in a greater way.

The exhibition opens with an interactive didactic installation. Viewers are asked “Which texture best describes the way that you move through the world?” Samples of sandpaper, leather, velvet and other textures are offered as possibilities. In this way, the material world is offered to create a metaphor around personal identity. I believe this is meant to give the viewer a sense of how artists use the found world to create meaning. The lesson seemed heavy handed to me, but did function as pedagogy.

Rachel Rose offers a hallucinatory animated narrative titled “Lake Valley.” A fictional American suburb, Lake Valley is populated by a lonely young girl and her mythical pet, a depressive dog-cum-rabbit. The animation is colorful and introspective, obsessively composed from scraps of 19th century children’s books. We see landscapes and architecture emerge from these bits and pieces of history. I found the film disquieting. It reminded me of a suburban fairytale, the protagonists full of a quiet longing for their place in the world, which they never achieve. The collective gathering of historical narratives to build a new one functioned eloquently as reimagined collage.

Green foliage from the film is echoed beautifully in Felix Gonzalez-Torres’ “Untitled (LA),” spread onto the gallery floor nearby. Gonzalez-Torres remains the greatest of magicians, using quotidian material as metaphor. A long rectangle of green hard candy is laid on the floor. Viewers are invited to bend down and take one. The candy is replaced in perpetuity during the exhibition. It is a sacrament, a ceremony of death and resurrection for Gonzalez-Torres’ partner, Ross Laycock, who died from complications of AIDS in 1991. As in Christian communion, the candy is the body, the soul, and the viewer can ingest and become a part of it. It is a fountain of loss and love that never runs dry. This artwork perfectly encapsulates the goals of this exhibition.

As with Gonzalez-Torres’ artwork, oblique references to the human figure are visible throughout the exhibition. Cristina Ramberg’s paintings are an amalgam of bits of furniture, domestic objects and textures. They are juxtaposed together to create quasi-human torsos, moving between recognizable anatomy and abstraction. Ragen Moss similarly works with the tension between anatomy and the imagination. The sculptures from her series “Categories of Being Human” are large, translucent organic forms hung from the ceiling, also evoking the human torso, or perhaps sides of beef hung in a meat locker. The surfaces are spray painted and incised with patterns, symbols and text.

Sondra Perry focuses even further into details of anatomy. Her film “…you out here look n like you don’t belong to nobody…(For Flesh Wall),” is a 3D animation of her skin, undulating and folding as we see it in microscopic focus. Perry works to bring awareness of black skin and its representation by encompassing the viewer with her form of self portraiture.

Artists are gleaners by nature. We comb through the minutiae of our world to build a new one. In a similar way, all of us curate our worlds through a digital gleaning, pulling moments, imagery and color from the ether of the internet to create identities in a contemporary process of collaging. Though the artists in this exhibition use everyday affects to construct their artistic vision, I feel as though all of us follow a similar path, constructing ourselves from minute moments in our daily lives.

“Towards the Texture of Knowing” Gallery 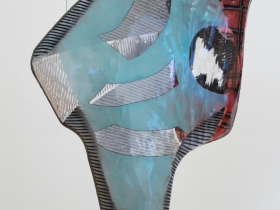 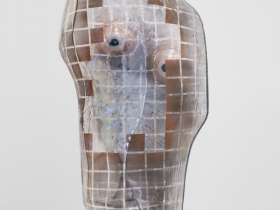 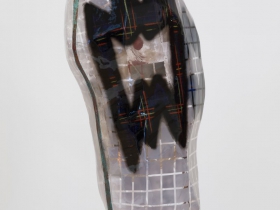 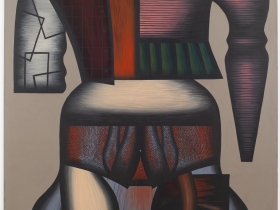 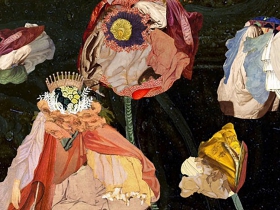 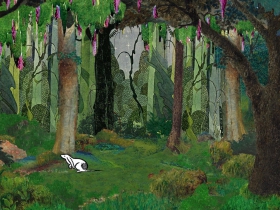 “Toward the Texture of Knowing,” is on view at Marquette University’s Haggerty Museum of Art, 1234 W. Tory Hill, through May 17.