A Herro For Our Time?

Long-time Grafton resident Lew Herro has been drawn back to his hometown.

Herro told the Common Council’s Zoning, Neighborhoods & Development Committee that he started his firm, Herro Company, by building single-family homes in the suburbs and has now constructed approximately 250 homes. “We have a family business, we stay below the radar.” One of his sons is an attorney working with the business, the other leads the firm’s construction division. “I’m just the old guy that doesn’t know what is going on,” said the real estate veteran. The firm has also built apartment buildings and assisted living facilities.

The developer was drawn back to Milwaukee eight years ago when Securant Bank and Trust, now part of First Citizens Bank, approached him about dealing with properties the bank was taking in foreclosure. Herro said he was able to help the bank, along the way hiring minority contractors Dwight Clayton and Ronny Thompson to help with projects. He said he found that people wanted nice, affordable housing.

“I said to them ‘I think it’s time to do a little bit more in the city to put some decent housing in,'” said Herro. “I’m trying to show some of these younger people what to do to get it done.”

First up is buying a city-owned lot at 541 N. 20th St. and developing a four-story, 27-unit apartment building targeted at Marquette University students.

Clayton, 48, will work on that project through his growing excavation outfit. He told the committee he’s acquiring equipment to expand his business. “I always wanted to get into building stuff, storage units and stuff like that,” said Clayton.

“Our next goal after doing this is to try to work out something in the Northridge area,” said Herro. The area around the former Northridge Mall has struggled to find a neighborhood anchor after the mall closed in 2003. Area Alderwoman Chantia Lewis has made redeveloping the mall and surrounding area at N. 76th St. and W. Brown Deer Rd. a signature issue of her office and the city is moving to have the empty mall demolished. Herro said he’s met with Lewis to discuss his vision.

The committee, including area Alderman Robert Bauman, unanimously endorsed the land sale. The Common Council is scheduled to vote on the proposal next week. 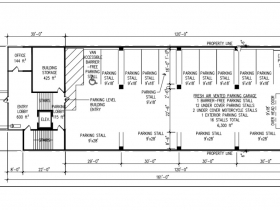 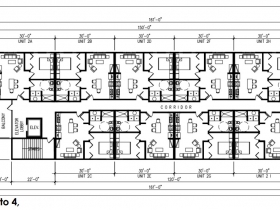 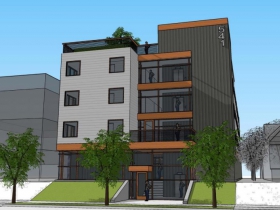