By Isiah Holmes, Wisconsin Examiner - Jan 31st, 2020 01:39 pm
Get a daily rundown of the top stories on Urban Milwaukee 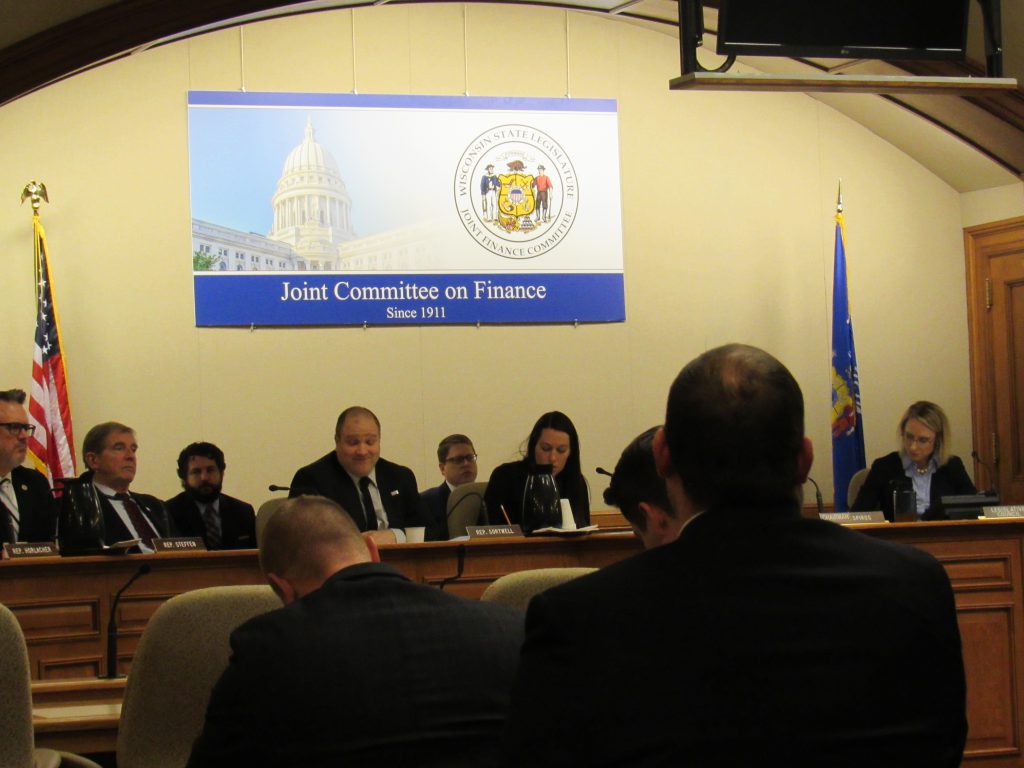 A “tougher on crime” bill package recently introduced by a group of Republican legislators got a thorough grilling Thursday morning during the Assembly’s Criminal Justice and Public Safety Committee hearing. Committee members analyzed the fine print of the bills and posed difficult questions to their authors. The most impassioned criticisms, however, came from Wisconsinites watching the hearing, many of whom have either experienced incarceration, or live in Milwaukee, where the get-tough policies have the greatest impact.

Framed as protecting public safety, the package covers a wide variety of criminal justice matters. One provision would broaden the list of offenses that could cause someone’s probation or parole to be revoked. Another, co-sponsored by Sen. Alberta Darling (R-River Hills), takes aim at witness intimidation during trial, increasing the charge from a Class A misdemeanor to a Class G felony.

Other aspects of the tough-on-crime package focus on increasing the kinds of penalties resulting in juvenile offenders being incarcerated, or tighten discretion to place individuals in deferred-prosecution programs. Some of the bills are also designed to support Operation: Relentless Pursuit, the opaque program ramping up federal law enforcement targeting crime in Milwaukee.

Rep. Joe Sanfelippo (R-New Berlin) told Wisconsin Examiner that the tougher on crime debate “goes to the underlying philosophy of what is the job of our criminal justice system.” Sanfelippo argues that there are two competing views on the matter. “One school of thought thinks that the job is only, and mainly, rehabilitation,” he explained. “There’s the other school of thought that I hold, which is that rehabilitation is a part of it. But there’s also public safety.” 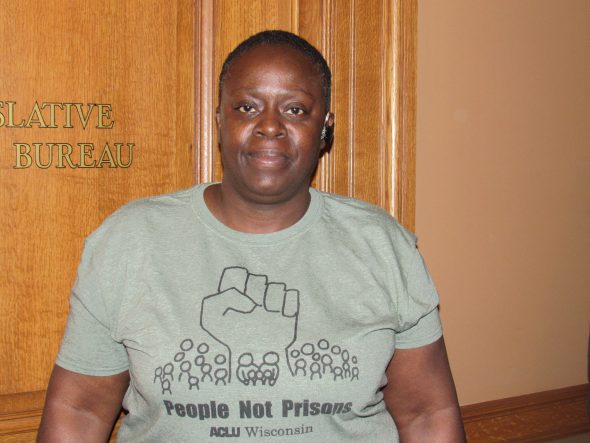 Community organizer Ouida Lock took particular exception to the bills affecting probation and extended supervision. “It’s racist,” she told Wisconsin Examiner, as she exited the hearing room, walking cane in-hand. “Us in Milwaukee, when they say southeast Wisconsin, we are the largest city and county in the state of Wisconsin. And more of our black men, black boys, black women and girls, are incarcerated.”

Rep. Shelia Stubbs (D-Madison), who has had professional experience in corrections, made her stances on the package quite clear to Sanfelippo and his colleagues. “Instead of building more prisons and incarcerating more people, we need to address root causes that lead people to be incarcerated,” Stubbs said. It’s no trick to lock people up, she added. “What is difficult is rehabilitation back into our community.”

Sen. David Craig (R-Big Bend), sparred with Stubbs on the merits of the bills, and on criminal justice philosophy. “I think there are ways in which people, certainly, can be reformed and need to be treated,” Craig said. “At the same time,” he added, people who are “going back on the street, despite the fact that they’re still technically serving their sentences,” need to be held accountable.

James Morgan, a peer support specialist with the Madison-area Urban Ministries, called the meeting “political theater, period.” Morgan feels the bills don’t take into account “the long-term impact that this is going to look like for the community.”

The same split surfaced during discussion of three witness-protection bills supported by Darling. While one bill increases the penalty for witness intimidation, two others deal with circumstances which would call for a video conference or deposition in place of a direct meeting between the accused and accuser. One bill states that the court make take a deposition “if it appears that the witness is at risk of being intimidated and therefore may not fully cooperate at trial.” Rep. Shae Sortwell (R-Two Rivers), vice chair of the committee, had his own concerns about the bill’s language.

“This standard of ‘risk of being intimidated,’ that seems really, really broad to me,” Sortwell told Darling during the meeting. “We’re not saying that threats have been made against them,” and yet the bill creates conditions where defendants may not be able to actually face their accusers, a right protected by the U.S. Constitution. In the case of someone on probation or parole, such a double-edged sword could result in being sent back to prison, with only a deposition in the witnesses corner. Darling countered with an argument used by proponents of the bill package throughout the hearing. “All three bills come out of the testimony of and our reactions to law enforcement,” she said. “and they think that intimidation is a big issue in the court system.”

Other members expressed similar concerns. Darling referred to a Milwaukee Journal Sentinel article, which she said stated that 23% of witnesses do not come to court due to witness intimidation. A clarification had to be made in the meeting that the actual findings of the MJS investigation were that, “at least 23% [of homicides over the last five years] had problems with witnesses.” That could be anything involving them not coming to court, and isn’t limited to intimidation. This was noted as an unintentional mistake by Darling. 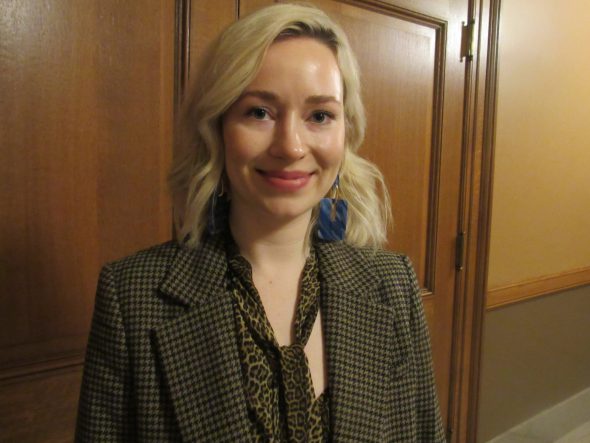 Jenna Gormal, of End Domestic Abuse Wisconsin, had a different idea of how to help victims. “For the past 30 years,” Gormal told Wisconsin Examiner, “when we think about solving the problem of domestic violence the focus has always been on the criminal justice system, and nothing has changed.”

What Gormal is hearing from survivors, she said, “is not that they want to see their partners locked up. They want to see them change.” Victims often also face other issues like financial troubles, or difficulties finding housing. “If we were to focus our attention on actually fixing those issues, then survivors would actually have the means to end the relationship. They’ll have the means to actually secure their own safety.” She wonders where the investments are in restorative justice strategies, or funding education to help combat these issues. “There’s so much investment in the incarceration system,” said Gormal, “and nothing changes, these societal problems are still there.”

Morgan echoed that sentiment. “What the community needs is adequate funding for the programs that currently exist, and actually address the concerns and needs of the people. That’s what will reduce crime within the community.” Looking at the bill package, however, he added in a disappointed tone, “This won’t do it.”

One thought on “GOP Lawmakers Push “Tougher on Crime” Legislation”