The Mother Of All Beauty

“Ossurary” is a show about death and life, bones and burial. You may never see a show like it. 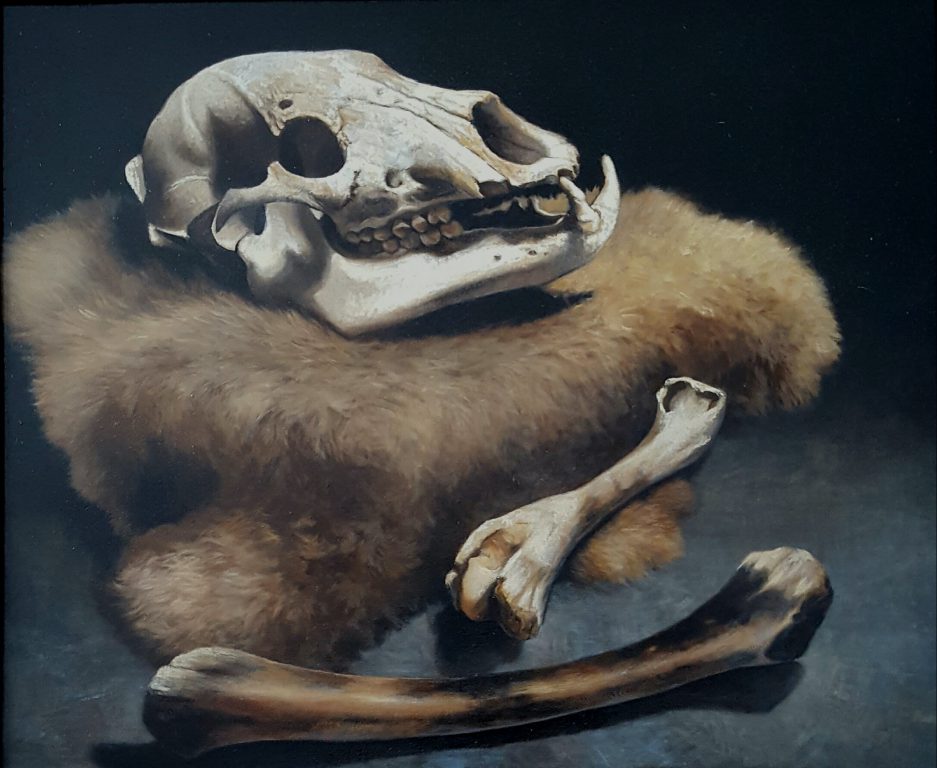 An ossuary is a repository for bones. It could be a box, a building or a plot of land. The most famous of these is the Sedlec Ossuary in the Czech Republic, a chapel created in 1878 to house exhumed bones from an overcrowded cemetery. Many of the bones were artistically arranged to form decorations and furnishings for the chapel, which has become one of the Czech Republic’s major tourist attractions.

“Ossurary” is a show created by Laurie Beth Clark and now on display at the Frederick Layton Gallery of the Milwaukee Institute of Art and Design (MIAD). Clark is a UW-Madison art history professor and has created an unusual project, asking for submissions by artists who are encouraged to interpret the theme of bones or an Ossurary in pretty much anyway they choose.

Many cultures from the earliest days of human existence have honored the dead by displaying their remains. There is also the “momento mori” ever popular in Christian art; think of De Zurburan’s painting of St. Francis in the collection of the Milwaukee Art Museum, where the saint contemplates a skull, a reminder and warning of the transience of life. Clark says her show was inspired by the remains found on the killing fields of Cambodia and Rwanda, and is meant not to dwell on the morbid but reflect on and transform pain and suffering through the healing process of art.

This exhibit first was shown in 2012 in Madison and has evolved into this 5th iteration here at MIAD. Previous  exhibits were in Knoxville, TN, Indianapolis, again in Madison at the Chazen Museum and now here. The number of works has grown as each new exhibit evolves.

In each exhibit Clark worked with locals to help recruit artists to submit work around the theme. Emily Belknap of the MIAD faculty and Mark Lawson, Gallery Director, were assisted by Steven Anderson, and worked with Clark to collect and install the show. Some 160 of the works are by local artists who were added to this exhibit.

When I first started looking at his huge exhibit of over 300 pieces I was overwhelmed and slightly annoyed by the sheer volume and randomness of the display. I found pieces I really liked but a great unevenness in the quality of the work.

Moreover, there are no explanatory text panels or even labels, just numbers. And an accompanying index listing the number and the artist’s name. Then a second listing by the names of the artists. The viewer is instructed to check the website for elaboration of the pieces.

In short, this nothing like the usual art exhibition, where everything is “explained” via text panels. Clark is not a professional curator and is not trying to do a traditional art show. Lawson says the numbers for each work simply refer to the order in which the art was submitted. It is random. Intentionally. There is no judgement made, no hierarchy, no grouping or “organization.” Death is random, non-judgmental, the great equalizer.

An un-curated show! A repository. Some of the work is “good” art, some is not, at least in my book, but that’s where the viewer’s judgement comes in. You’re on your own to make of it what meaning you can. Some of the works are personal, some recall a particular incident or memory, some are very funny.  I picked up a cute recipe card for Bone Broth by Kristen Degree! Many feature bones or skulls, human and otherwise in their compositions, but others are not literal al all.

Upon a second viewing I found many works much more intriguing. It took me a bit of time to get into the spirit of the show. Here are some of my favorites:

This is not your usual art show, and may not be for everyone. But the size and subject of the show could hardly be bigger. I found my view changed from annoyance to fascination as I spent more time with the show. You may feel the same way.

“Ossuary” is on view through March 7 at MIAD’s Frederick Layton Gallery. 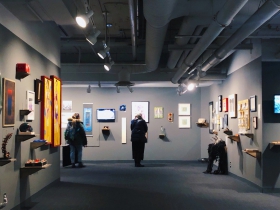 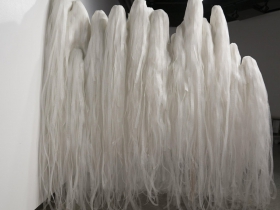 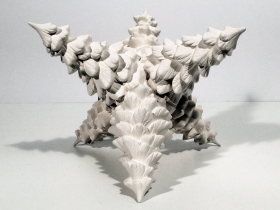 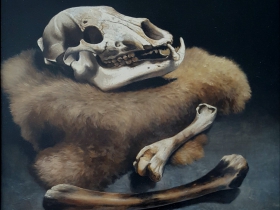 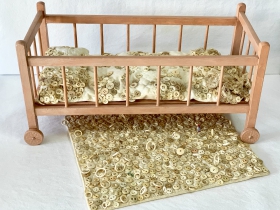 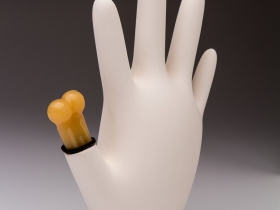