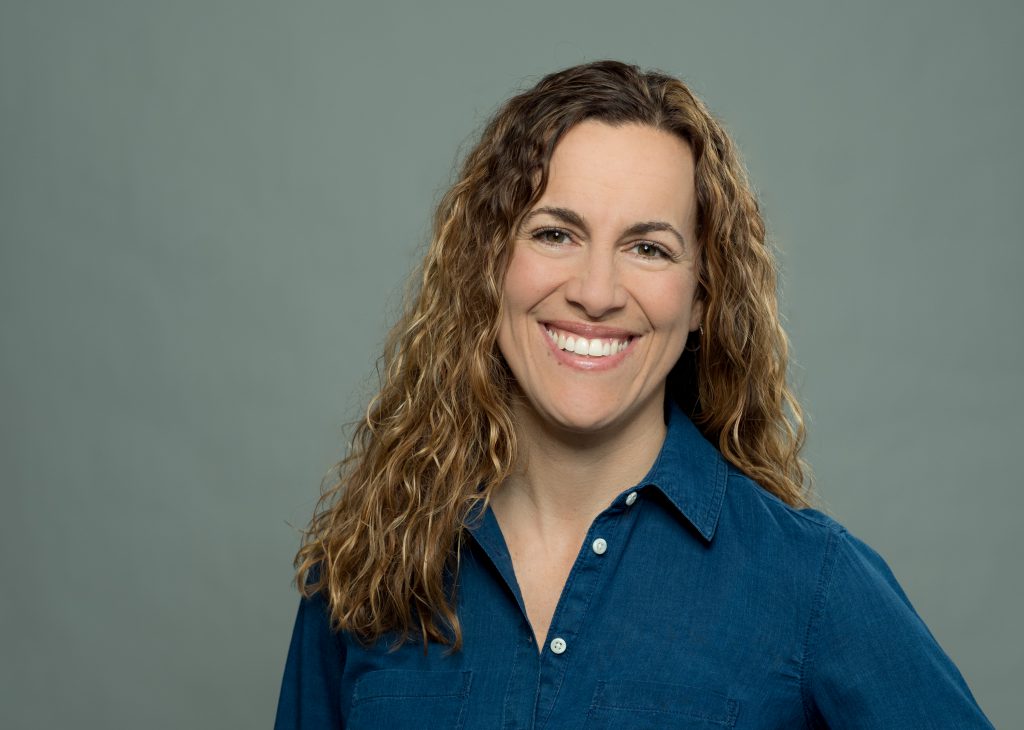 Steph Salvia.Steph Salvia, the Executive Director of the Brady Street Business Improvement District (BID #11) has announced she is leaving her post in February to take a similar job with the Village of Shorewood BID. She has served as the director of the Lower East Side neighborhood group since 2008. In recent years she has also worked as leader of the Downer Avenue BID#41. She will also resign that part-time position.

In an email, she tells me:

I have had an excellent run on Brady Street but couldn’t pass up this opportunity with Shorewood. They have some great momentum going and I’m excited to get in there to help them grow their events and shake things up a bit!

Some highlights for Brady… I was the first Executive Director EVER on Brady Street. Up until I was hired by the Board they had been completely volunteer-run by the business and property-owners when the BID originally formed back in the early 90s. The funniest part about getting hired is that I was not chosen during the first round of interviews. (I still don’t know who voted against me- lol!) Someone else got the gig!  I waited patiently for the opportunity to come around again and started with the BID in 2008.

When my part-time work started causing a “Buzz on Brady”, the workload became too much for the business owners in the District. So, they ended up promoting me with the understanding that I would also take over the production of their events since those had previously been produced by an outside agency. I was able to develop some pretty amazing relationships with the businesses on the street – they quickly came to understand the value of all of us working together and our momentum increased which grew our brand and our events. 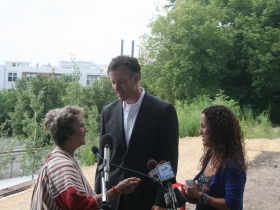 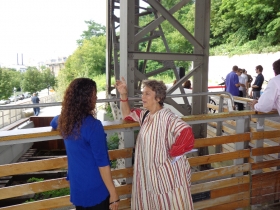 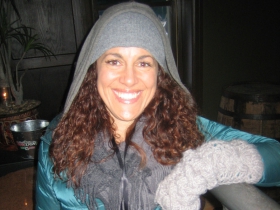 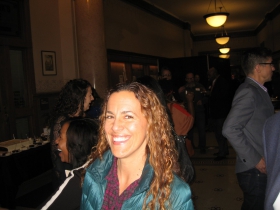 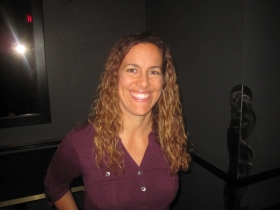 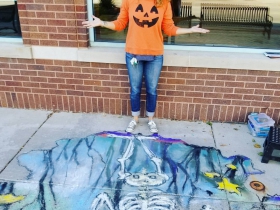 From One Festival to Many

Longtime Brady Street property owner and BID Board member Julilly Kohler credits Salvia with “bringing together” various factions of the neighborhood to advance their common goals. For years, she explains, the heavily commercialized east side of the nine-block street near Lake Michigan was burgeoning, while commercial activity on the more residential west end, nearer to the Milwaukee River, was sluggish, causing some friction between the sides. This has changed as development along N. Water St. has since crept from Downtown to E. Brady St., bringing new commercial vitality like an expanded Casablanca restaurant and the video bar Up-Down Milwaukee to that end of the old street which dates to 1835, during Wisconsin’s Territorial era.

“She encouraged members to create their own events,” Kohler says, to supplement the neighborhood’s signature “Brady Street Festival,” which drew 51,000 visitors in 2019 for its one-day run. The festival dates to the 1970s, but went into hibernation for

decades after a few rowdy episodes, being revived in 2007 with such highlights as the popular drag show which anchors the festival on the now-vital west end of the street. (“We are happy to report that everybody was on their best behavior again this year,” Salvia reports in the district’s 2020 Operating Plan.)

In 2019, the neighborhood held a number of other public events, including a Spring Art Walk, the Back Nine Golf Crawl, bi-weekly Art and Farmer’s Markets, a Halloween costume competition, the Festivus 1-Mile Run, and the 18th annual Brady Street Pet Parade, now sponsored by US Bank.

The 2019 assessed valuation of the district is $72,491,000, up 3 percent from the previous year. With the exception of exempt properties (now including “mixed-use” commercial properties), the assessable valuation of the district is $34,454,653. At a rate of $0.00396 per dollar, the special assessment brings in a budgeted $138,000 into the organization’s coffers. It is augmented by $41,500 from special events and a small amount of miscellaneous income for a total budget of $181,143.

My first day on Brady Street was during our Spring event in 2008 – it was pouring rain, cold, and the beginning of the recession. I started as a part-time communications coordinator to get Brady Street set up on social media. Facebook was around but Twitter was just hitting the Milwaukee screens. (Wow that makes me sound super old- lol!)  Needless to say, once I got going, the position just grew bigger and bigger as did our events, both in frequency and attendance. My favorite event has always been the Pet Parade because it makes me laugh all day long. This year, I even had a pig walk the red carpet. The Brady Street Festival which is definitely Brady Street’s signature event now boasts an attendance of 50,000+ people. What a blast! It has been fascinating to see the ebb and flow of the District throughout these 12 years. I grew up visiting Brady Street- getting imported Pecorino cheese and cookies from Glorioso’s back in the early 80s so Brady Street has always held a very special place in my heart – these visits, and many more to Brady Street spots, will definitely continue.

My Board members and business owners/managers have become like family to me so I don’t want to say goodbye, rather, see you in the neighborhood!

My Downer Avenue work started when nearly half of the District was going into foreclosure and there were a lot of empty storefronts. My first day there was at a Community Meeting regarding those properties. There was a ton of yelling, anger and all around passionate discussion in the dead of winter and I was like “uh oh what did I just get myself into?” Today, the District has a renewed sense of energy and the storefronts are nearly filled.  The Classic Bike Races have continued to grow and we even added a very popular family-friendly Halloween event. I grew up visiting Downer Avenue too – mom would get a coffee while my brother and I polished off some gelato at the Coffee Trader after shopping nearby at Brewster’s. Today it is a District with literally anything you’d ever need- groceries, liquor, hardware, movies, books, salons,  restaurants, and even a brand new stop sign!

The Village of Shorewood was established in 1900. Although a suburb, the two-square mile community is distinctly urban in character. Indeed, it has the highest population density in the state. The village has undergone significant redevelopment along its N. Oakland Ave. commercial corridor recently. The new buildings conform to the precepts of New Urbanism, many with storefronts on the first floor, and residential units above. The Shorewood BID includes many structures larger than are to be found on either Brady Street or Downer Avenue, including a multi-level Metro Market. Salvia will replace Ericka Lang, who served as the acting director of the Village of Shorewood BID since the departure in 2017 of Jim Plaisted, who left to head the BID for the Historic Third Ward. Lang, a former village employee, has since departed for a private sector job in real estate management.

Arthur Ircink, president of the Shorewood BID, is excited about Salvia’s hiring. “We saw an opportunity with Steph that we couldn’t pass up,” he tells Urban Milwaukee. “Her past experience with Brady St. and Downer Ave. were exactly what we are looking for to help take Shorewood to that next level. Shorewood has endless potential and I really think Steph could be the missing piece to the puzzle. Our biggest goal going forward is filling vacant storefronts and attracting a diverse group of businesses both big and small. We are also looking to build off the success of our events Shenanigans, Criterium Bike Races and The Feast. We think Steph has the ability to make a real impact in Shorewood.”

Dominic Salvia, the husband of Steph Salvia, is a host and station manager of WRRD, “Resistance Radio.” Its storefront studio and offices are located at 1224 E. Brady St. in a building that also serves as the offices of the Brady Street BID. She can still keep an eye on him since he broadcasts his show at a window facing Brady street. See for yourself the next time you take the MCTS Green Line, which passes through both Shorewood and the Brady Street BIDs.