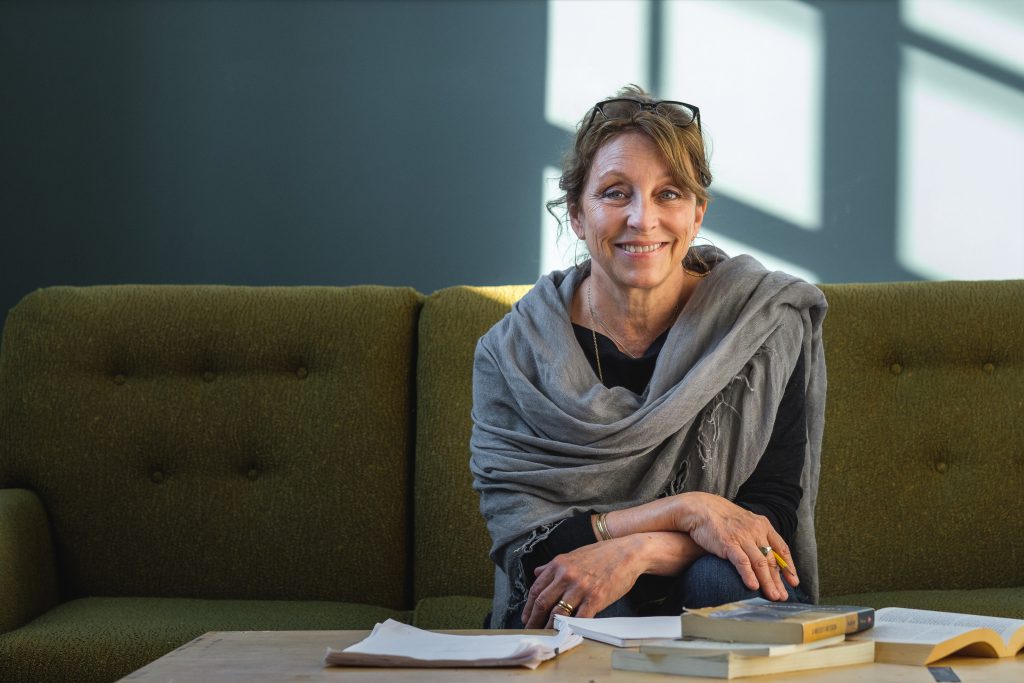 Marie Kohler has a long history in theater. She was raised by her amateur actress mother and took acting parts in high school plays. She started a theater company in high school and went on to study and perform at Harvard. While at Harvard she married her classmate, Colin Cabot, who was to become the artistic director of the Skylight, so Marie and her husband moved to her home state and settled in Milwaukee. Her participation in the theater was limited by her role in raising their two children. Eventually, Marie reemerged on stage working with Theater Tesseract and Next Generation in thirties. (Her and Cabot eventually divorced and she remarried, to actor Brian Mani.)

In 1993, as Marie puts it, in order to get work for themselves, she, Susan Fete, Raeleen McMillion, Jenifer Rupp, and Michele Traband formed the Renaissance Theaterworks. The concept grew out of a Theater X production of a Women’s Theater Festival. Renaissance TheatreWorks is the second oldest theater company in America with a mission of promoting gender parity. Kohler says the company creates “theater by women for everyone.”

The creation of Renaissance involved a blending of various experiences. Fete was a director. Rupp had worked with the Comedy Sports improv troupe. Traband brought administrative expertise. Kohler and McMillion were both performers.  After a decade or so Marie was no longer involved in the administration of the company; however, she was encouraged to write as a playwright-in-residence and then eventually to direct. In directing Marie feels her experience as an actor serves her well.

“I don’t think a director who has not performed is at a disadvantage. They just don’t know how it feels to hold a certain moment or not to hold a moment, exit in time and all the little tricks.”

This season she is directing a play for which she has a long history and a passion, Samual Beckett’s Happy Days. Kohler tells the story of her mother and her going on a Beckett odyssey of sorts, by seeing Beckett’s Waiting for Godot performed three times: in French at Lawrence University in Appleton, by the Milwaukee Repertory Theater, and by a touring Irish group in Chicago. The differences between the presentations were palpable and the experience informed her in a way she hadn’t expected.

Kohler has long wanted Renaissance to do this piece, but they agreed that it had to be in a season that brought balance. The play is a heady piece and often referred to as the “Hamlet for Women” because of the theme and the difficulty the role presents the female actor. Even Beckett refused to give meaning to the play. He said when asked, “I can’t tell you. If I could I wouldn’t have written it.”

Kohler says the play can expose a wide range of emotions depending on the viewer’s interpretation of Beckett’s characters and dialogue. While the presentation may seem difficult to understand, it helps to know some context of what Beckett and others living in 1940s France during the German occupation went through.

The play can bring out hopelessness as well as optimism, futility and purpose, love and anger.  Happy Days, like most of Beckett’s work, is neither plot-driven nor linear in any sense. Kohler likens it to poetry meant to evoke feelings and thoughtfulness. Beckett has laced his play with a great many literary references, many of which audience members may not recognize, Kohler says, yet she insists they help pull together the emotional content of the play.

”I love this play,” she says. “I find it moving and fascinating. It’s an extraordinary exploration of a woman’s psyche. I’ve found that reading about Beckett’s life is absolutely fascinating. Especially the World War II experiences that I feel really inform his work.” 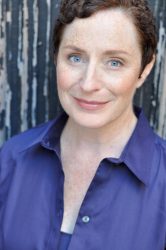 Beckett, though he was Irish, lived in France for most of his life. Like many artists and intellectuals of his time, he saw Paris as the cultural capital of the world. During the Germans occupation, Beckett stayed in France and worked with the French resistance even though he could have fled with his Irish passport.

While he wrote novels and plays in both French and English, Beckett had gradually moved toward English by the time he wrote Happy Days. Besides his WWII experiences, Beckett’s friendship with countryman James Joyce influenced his work. Along with Ionesco, Genet, and Pinter, Beckett was classified by critic Martin Esslin as a member of the Modernist movement that Esslin dubbed “Theater of the Absurd”.

Playing the challenging role of Winnie is Laura Gordon, who local audiences know from her work as an actress for many years with the Milwaukee Rep and other theaters. She will take on a role handled by a long line of big name, accomplished actresses including Irene Worth, Fiona Shaw, Estelle Parsons, and Diane Wiest. Co-starring in this production is Todd Denning.

The play opens on Friday, January 24th and runs through February 16th, at the Broadway Theater Complex, at 158 N. Broadway in Milwaukee’s Third Ward.Tickets are available by calling 414-291-7800 or online R-T-W.COm.