‘The Joker’ Is a New Low for Oscars 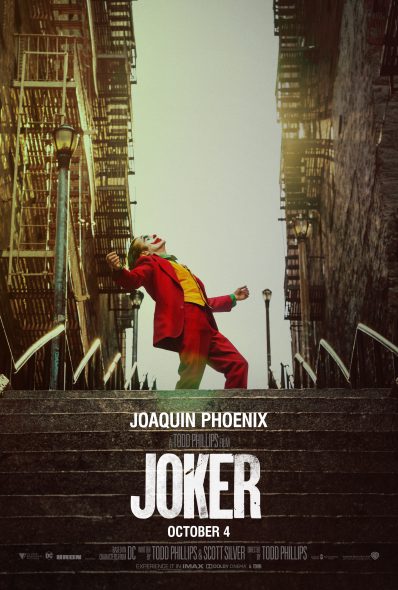 I have never confused the Oscars with precise artistic ranking of the year’s best films, though artistry and importance are certainly mixed into the perceptions.  For that reason alone, my heart sank with shame and embarrassment for the Academy of Motion Picture Arts and Sciences and our society when Joker led all films with 11 nominations.

It is the triumph of the worst instincts of macabre over humanity. Of the nihilistic alienation extremes of society over the actual tension. It is the dumb and dumber pretense that creating a dominating ugly world is more important to win accolades while the history of cinema stands as an effort to demonstrate how art and even graphic novels can range across categories, not indulge in one at the hideous dismissal of the other.

But Joker has been great at the box office as a dark red fantasy and insider joke — linking a DC Comics legend with a Gotham City gone mad in gangs, beatings and killings all accompanied by magnified manic laughter in a tour de force “anything goes” performance by Joaquin Phoenix. I have to believe that its box office has a lot do with the nomination fever and that its success is in how the Joker pretends to be launched from real life pain into flagrant madness, rather than launched from one comic book form to another. Anyone who thinks it is relative to the burst of young madmen shooting up our schools is deeply deluded.

But it is basically unfair to set Phoenix loose against the modulated moment by logical moment performances required of an Adam Driver in “Marriage Story” or Jonathan Pryce in “The Two Popes” (same category) – a distinction already ignored by the Golden Globes that fell all over Phoenix.

Not that there isn’t a certain crescendo built into his presence. But it is clearly about the wide-open possibilities he brought to the part rather than what was there to begin with. It’s more about his willingness to injure himself. He is given all the time in the world to indulge his victimization as a beaten, deranged and confused former mental patient and professional clown who becomes a subway killer and social icon, a  psychological explorer of his own family roots and the comic book Joker himself, dressed and sounding much like Jack Nicholson and Heath Ledger. And does the movie really think dwarf jokes are funny?

The actor is allowed to indulge in the view that standup comedy clubs and television talk shows are just the place to park social misfits. This Gotham City’s descent into hell is essential to turning loose a maniacal Arthur who easily eludes legal consequence.

The progression is much controlled by director Todd Phillips, something of a cinematic jokester himself, judging his history. He uses editing and long takes examining Phoenix manipulating his face into smiley-gloomy rigor mortis, dwelling on his emaciated body, on his gasping fits of laughter and spit-ups and almost balletic arms akimbo dancing and twirling, the elements supposed to uplift the performance into an esthetic consequence.

Each occasion – and there are dozens — takes as much time as the actor needs (or I suspect improvised) with editing and mixing add-ons so we can never be sure what is in Arthur-later-Joker’s head and what has actually occurred. We get pretty strong clues that there is no loving girlfriend in his life though she flits in and out, but does he really kill his mother and then his best friend?

The film relishes all possibilities, with subtle clues that often relate to how people react to him more than what actually happens onscreen, which is bloody. Even at the end, when the lunatic is walking down a hospital corridor leaving bloody footprints or chased by a guard in and out of sunlight, we are not quite sure if the Joker and his bloodbath are really over. Not in this surreal Gotham City that looks like Manhattan demented, overrun with garbage, rats and killers in clown masks.

There are also homages or borrowings throughout from everything from Charles Chaplin and Fred Astaire to co-star Robert De Niro’s own past in “Taxi Driver” and “King of Comedy,” this time with De Niro playing a variation on TV host Johnny Carson, to which he brings naught but anticipated victimhood.

The mood is much dependent on a score by Icelandic composer Hildur Gudnadóttir, who here is channeling Hitchcock’s Bernard Herrmann to reverberating impact. Though Frank Sinatra also figures into the crazy man’s psycho.

There is no question the film is an appropriate cinematic nominee in such areas as sound mixing, makeup and music. My problems stem from such categories as best picture, director, actor, adapted screenplay, cinematography and costume design where the other candidates had to work within limits rather than being hired to wallow past the limits of realism and construction. If it wins any of the bigger awards, the Joker is on us.