Pulaski/Carmen H.S. coach Melvin White pushes players to score on and off the court. 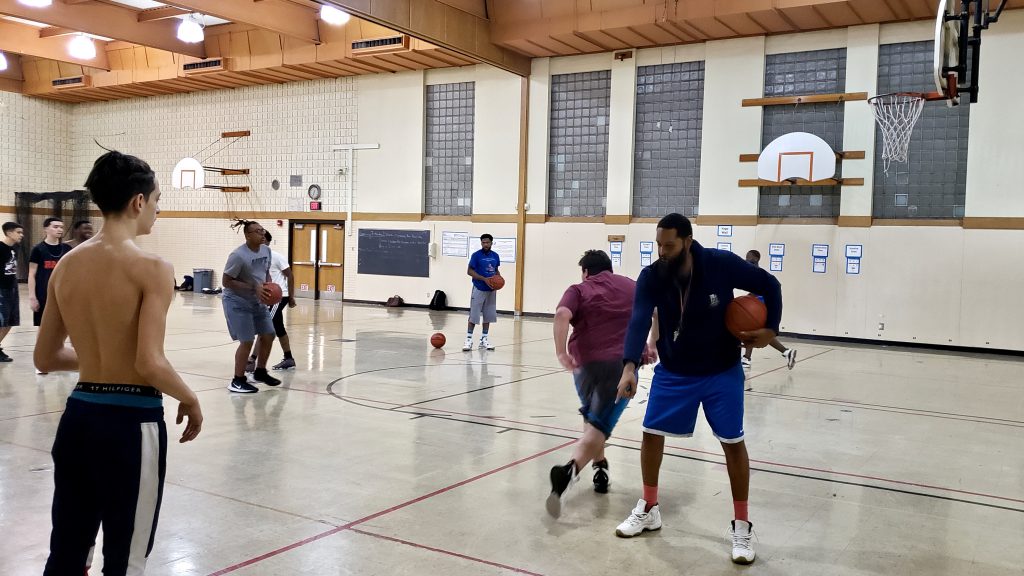 It’s the day after Christmas, and the sounds of thumping basketballs, squeaking sneakers and shouts from Pulaski/Carmen High School boys varsity basketball coach Melvin White echo off the walls of the school’s gym.

“No one in the City Conference is going to fall for that pump fake,” White howled as 11 players rotated from the top of the key to the baseline.

White said his players, who were on holiday break, had even tried to get him to open the gym on Christmas. Now, less than 12 hours after the holiday officially ended, here they were repeating a drill that would run until three shots in a row found their way through the net.

Their reward for successfully completing that task: laps from one end of the court to the other.

“It’s tough love,” said White, who was a standout basketball player at Dominican High School and a scholarship athlete at Colby Community College in Kansas before deferring his hoop dreams. It’s a decision he still regrets.

“I want them to have the discipline to stick through with things even when they get rough,” White said.

It’s the type of discipline that eluded White at their age. After a rough stretch at Dominican, he said, he persuaded his parents to let him transfer to Rufus King. He never made it onto the court there.

“I was in the hallway all the time skipping school and became ineligible,” White said.

He still played organized ball, hooping in the local AAU circuit alongside his current assistant head coach Mike Causey, before moving to Kansas. It was then that he received a phone call that changed his life. His father had cancer and had half his liver removed. Despondent, White headed home for Christmas and never went back.

“He was my inspiration and biggest fan,” he said. “I just didn’t care about anything else at the time.”

White enrolled at MATC but dropped out. Later, he tried a community college in Wyoming and played intramural ball there. But by then his passion for the game was gone, and so was his father, who died in 2002.

Causey, who has known White for more than 20 years, remembers that dark period.

“He struggled at the time and just didn’t recover,” Causey said.

White worked a variety of jobs including as a manager at Walmart before transitioning to youth work. In 2018, he was hired as a youth adviser at MPS for the Milwaukee Christian Center, first working at Bradley Tech High School and now Pulaski. Pulaski High School shares a building and basketball team with MPS charter, Carmen High School of Science & Technology’s Southeast Campus. 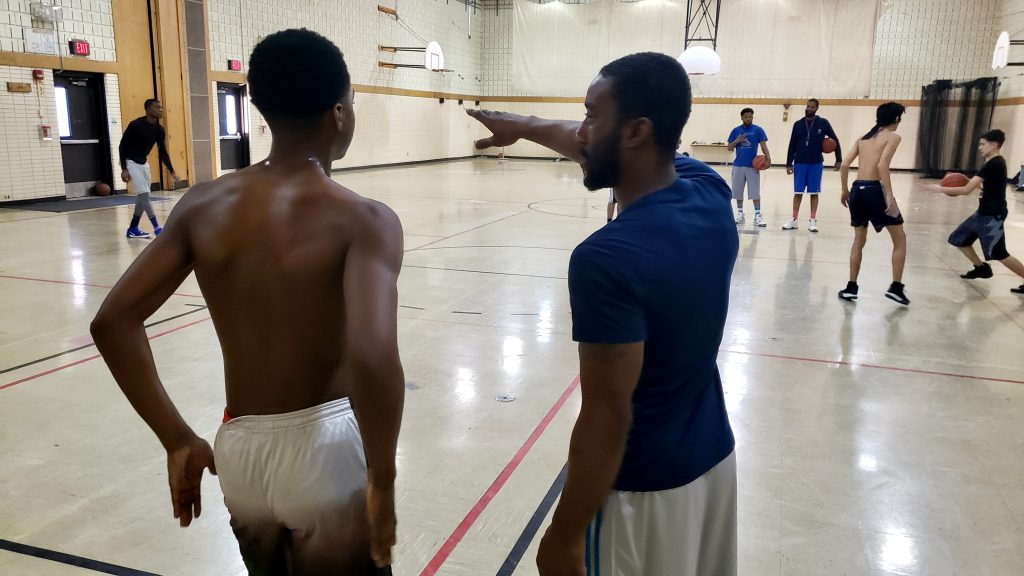 ‘He knew he could help them’

“He saw them doing the same things he did and going through some of the things that he did,” Causey said. “He knew he could help them.”

At Tech, White served as head coach of the junior varsity squad, before being tabbed as head coach at Pulaski, 2500 W. Oklahoma Ave. He’s made it his goal to motivate students  not to let opportunities slip through their fingers, like he once did.

“If you don’t have to take that long road, why take it?” White asked. “Getting good grades and handling business in the classroom will help you become successful.”

White’s first year as coach has been a struggle. His team has lost its first six games, among them a 60-point dusting by Grafton, and, most recently, a 19-point defeat to Vincent. And although some coaches might get down about that, that couldn’t be farther from the truth for White, the tall and slender coach with a basketball player physique.

“Everybody is at a 3.0 GPA or higher,” said White. It’s an extraordinary accomplishment at a school where the graduation rate is 54 percent and student achievement score is 6.9 compared with a statewide average for high school students of 59.8, according to the Wisconsin Department of Public Instruction’s 2018-’19 school report card data.

The school has fared much better in measures that track school growth and the closing of gaps in English language arts, mathematics and graduation rates.

One player who has benefited from that approach is Dallas Lorona, a 17-year-old junior who transferred to Pulaski from Bay View this year. White began keepings tabs on Lorona months before the season even started, once ordering him to do 200 pushups as punishment for getting caught walking the halls.

“If I didn’t have Coach White or basketball, I’d probably be getting in trouble,” Lorona said.

“Everything he does is to make us work for a better future and to be ready for that next level of life on and off the court.”

Jeremiah Baez, a 17-year-old senior, is ready to take that next step. He’s been accepted to three colleges so far. Although he’ll only play one season for White, he said he has already benefited.

“He’s pushing me to show leadership and work on my weaknesses,” said Baez, who plans to study sports management in college. “He’s created a new standard and mentality for us.”

Junior Jamerian Sumler hopes that eventually, the team’s efforts will transition to wins on the court.

White said he knows that change won’t happen overnight, but he’s OK with that.

“It’s not all about having an undefeated record and things like that. It’s about seeing a kid who never had success in the classroom getting a 3.0,” White said. “Success on the court and in life will come eventually because that’s the type of standard we’re setting here.”