But Lena Taylor disagrees. Is 60 cent fee on food deliveries a tax or a fee? 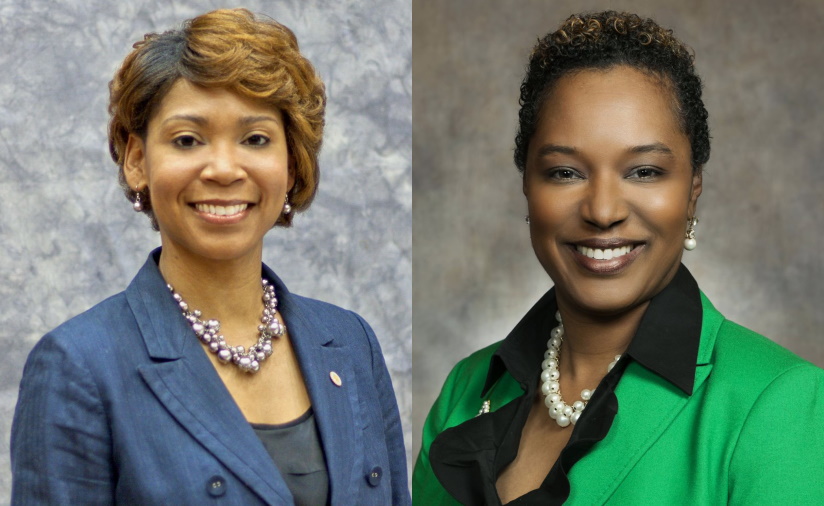 A proposed 60 cent fee on third-party food deliveries is not enforceable as currently configured according to a written opinion issued by City Attorney Grant Langley, but mayoral candidate and state Sen. Lena Taylor disagrees.

“Because we do not have independent taxing authority, we rely on state enabling legislation,” said deputy city attorney Adam Stephens at a Wednesday meeting of the Public Works Committee, explaining the city’s powers. “We can charge a fee that matches the cost of the service. For example, we are authorized by the State of Wisconsin to license taxis.”

“That is the difference between a tax and a fee, a tax is raising revenue, a fee is paying for a service,” said Stephens.

Taylor, an attorney, sees things differently. “We have the power to make a decision on this period,” said the longtime legislator, who attended the committee meeting. She estimated the proposal could bring in millions annually, addressing a growing deficit in state shared revenue. “I am here today to share a way that we can gather a little revenue.”

The idea for the fee originated with Milwaukee County Supervisor Sylvia Ortiz-Velez who approached Taylor about a state law change allowing Milwaukee County to add a per-ride tax to transportation network companies (TNC) like Uber and Lyft. The supervisor told the committee she is seeking the county tax to respond to an increase in potholes and decline in Milwaukee County Transit System revenue that she said are a result of the app-based services.

Taylor and Ortiz-Velez, after learning the growing food delivery market was not included in the state’s TNC regulations, approached Alderwoman Nikiya Dodd with the idea.

“We have all worked together to look at an opportunity to see how we can bring resources to the city,” said Dodd.

The alderwoman said she sought the City Attorney’s opinion on the legality of the ordinance, but did not receive a response.

The opinion from Langley, submitted during the meeting, differs. “The proposed ordinance is not legal and enforceable because the municipal service fee is likely to be characterized as a tax requiring state legislative authorization,” wrote the City Attorney.

The proposal targets a fast-growing market segment where companies such as Uber and Madison-based Eat Street hire drivers as independent contractors to make deliveries for third-party restaurants. The City Attorney’s office has raised concerns with the ability to portray the proposal as a fee and not a tax if it does not include all deliveries.

Committee Not Ready to Make Decision

Even without a legal dispute between Taylor and the City Attorney, committee chair Ald. Robert Bauman said it was unlikely the council would vote on the proposal Wednesday. He said the $20 wheel tax took three years to approve.

The alderman raised the issue that the file, which contains the legislation text and any associated documents, lacked much detail.

“There is no way we can vote on this today,” said Bauman. “We need substantially more information.” Bauman said the only documents in the file were negative — opposed to the proposal.

Dodd said the file was moving faster than she expected. “Excuse me for being new,” said the alderwoman, first elected in November 2018.

“I’m sorry that the file doesn’t have all that you would like to see, but if you do a Google search you would find a lot,” said Taylor. The senator and supervisor promised to provide more information.

One of the pieces of information Bauman wanted was how a fee of 60 cents was picked. Taylor said it was based on fees in other cities and states. But in a press scrum after the meeting, Taylor and Ortiz-Velez acknowledged they did not know of any cities with food delivery fees. A growing number of cities and states have added taxes to TNC passenger trips, by Uber, Lyft, etc. including Chicago, New York City and Rhode Island.

“It is. That’s a factual statement,” responded Bauman. Written letters have been submitted in opposition by the Wisconsin Restaurant Association, TechNet and Internet Association.

After a substantial back-and-forth that included references to the city subsidy to the Ikon Hotel develoment, the proposed one percent sales tax and marijuana legalization, Bauman tried to wrap things up.

“Okay, so your position is this is legal and enforceable, our City Attorney’s is it is not?” asked Bauman of Taylor.

“Well then we could have moved this along pretty quickly,” concluded Bauman.

The measure was held.

More about the Food Delivery Fee