By Laurel White, Wisconsin Public Radio - Jan 8th, 2020 10:59 am
Get a daily rundown of the top stories on Urban Milwaukee 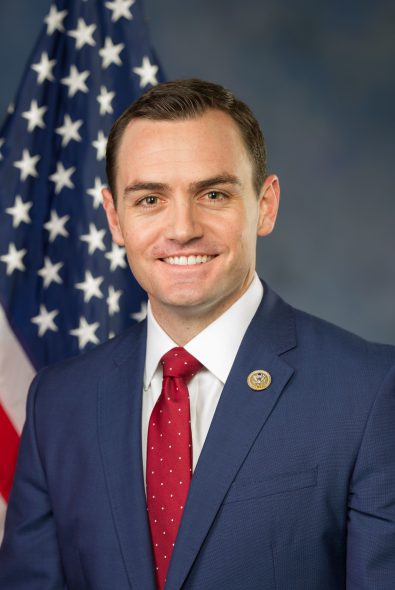 Trump ordered the airstrike that killed Iranian Maj. Gen. Qassem Soleimani last Friday. The military action has spurred debate, with critics arguing it will destabilize the region and put innocent American and Iranian lives at risk.

Gallagher, a Republican, told WPR’s “The Morning Show” on Tuesday that the United States’ “inaction over the last decade” made the attack on Soleimani necessary.

“The Iranians had consistently attacked commercial shipping vessels in the Strait of Hormuz, they had downed an American drone and they had attacked a Saudi oil facility in Abqaiq and they had received little to no pushback,” Gallagher said. “If you’re interested in establishing deterrents, you can’t sit idly by while Iranian proxies kill Americans.”

The congressman added Soleimani was “an evil man.”

“I do not regret his passing,” he said.

Gallagher said he would have preferred if Congress had been called back into session last week to be briefed on the situation and to debate a possible strike. He blamed Democratic House Speaker Nancy Pelosi for failing to call Congress back into session. Others have blamed Trump for acting without Congressional approval.

In the wake of the attack, Trump has taken to Twitter to say the U.S. military would target Iranian cultural sites if the country retaliates. Secretary of State Mike Pompeo and Defense Secretary Mark Esper have since walked back the president’s comments.

Gallagher said cultural sites should not be targeted.

“There’s no value, nor is it appropriate, to attack cultural sites,” he said, noting the action would also violate the 1954 Hague Convention, an international treaty signed after World War II’s widespread destruction of culturally important sites. “If we’re going to use the might of the U.S. military and put our armed forces in harm’s way, I think there should be a clear military objective.”

The congressman said an attack on cultural sites could also harm an attempt to “drive a wedge” between the Iranian government and Iranian people.

Gallagher represents Wisconsin’s 8th Congressional District. He was elected in 2016.

One thought on “Rep. Gallagher Defends Slaying of Iranian General”