Zamarripa gets hate mail at home and office, on weekly basis.

By Melanie Conklin, Wisconsin Examiner - Jan 3rd, 2020 10:33 am
Get a daily rundown of the top stories on Urban Milwaukee 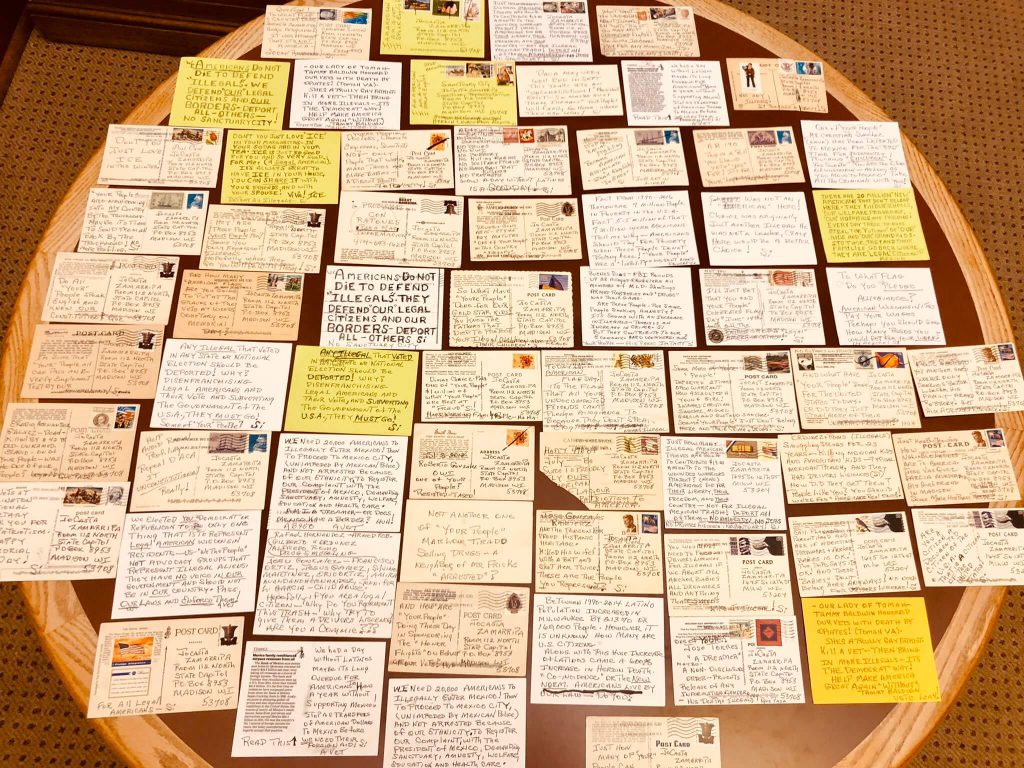 For four years Rep. JoCasta Zamarripa (D-Milwaukee) has been receiving postcards with hate-filled, anti-immigrant sentiment in the same handwriting. She estimates that on average she gets at least one per week.

Over time the language became more threatening and the notes would cite specific words she’d said on the news or even in a speech on the floor of the legislature.

“A few days after I’ve said something, I’d get a postcard referring to what I said,” Zamarripa says. “You can tell he follows me really closely.” (She says she assumes it is a male, but does not know for certain.)

When the postcards began arriving at both her home as well as her office, she went to the Elections Commission seeking permission to publish a P.O. Box in lieu of her home address. “Thankfully, they said yes,” she adds with a sigh.

Zamarripa became alarmed again this past year when she learned that at least two other women legislators in districts and offices nearby received similar postcards. One said, “Ask JoCasta if she’s able to say the Pledge of Allegiance.” 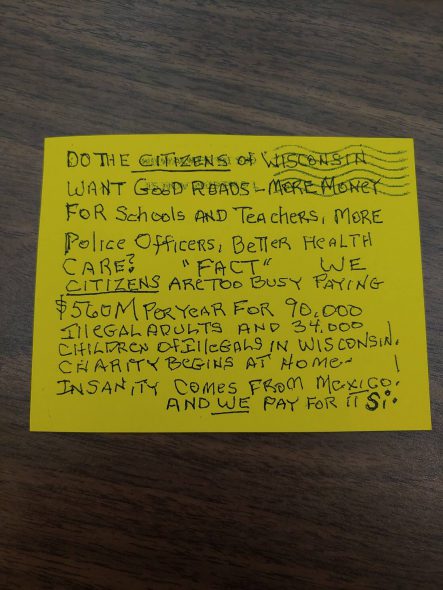 She knows others — elected officials and Latino business owners — who have received at least a few postcards in what appears to be matching handwriting. Zamarripa reported the situation to the Capitol Police in 2015, after they were sent to her home. She recently posted some on social media after Waukesha Ald. Aaron Perry posted on social media that the entire Waukesha City Council received similar postcards targeting immigrants, signed with “I’m an American. I’m a Vet. I speak English,” just as many were that were sent to Zamarripa.

And she’s seen a handful of hate-filled mail from other sources as well, often tied to immigration. When she came out as a bisexual member of the LGBT community in 2012, while serving in the legislature, there was another spike in correspondence, although “the support far outweighs the negativity,” she attests.

Rep. Melissa Sargent (D-Madison) has never shied from taking bold stances, be it in favor of marijuana legalization, abortion or gun-safety laws. She’s accustomed to getting hate mail, fan mail and phone calls on many of these topics, not to mention vociferous feedback on social media.

For example, right after the fall gun debate when Republicans gaveled in and out of a special session Gov. Tony Evers called on gun safety, she sent an email about Wisconsin needing to take action on gun safety.  One response she received read had a lewd sexual reference and called her a “gun grabbing bitch.”

Sargent posted it on her personal Facebook page. She says it was a visible way to take a stand against such aggression, and hoped it would be a deterrence. Her post drew more than 125 comments, with people urging her to stay strong, stand by her principles and ignore the jerk who sent it. One person who saw the stream was a sheriff, who recommended she report it to the state Capitol Police, which she planned to do. 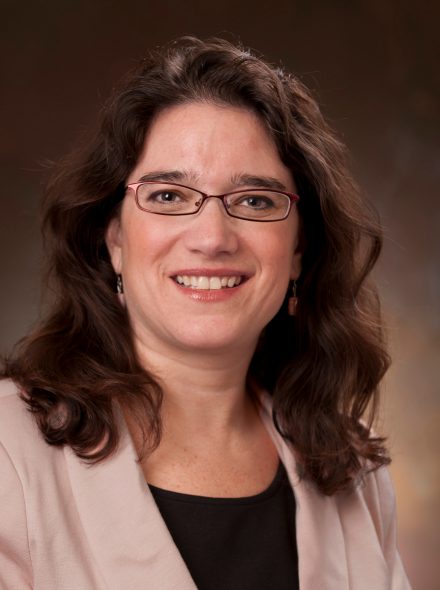 Melissa Sargent. Photo from the State of Wisconsin Blue Book 2013-14.

“I heard that from a number of people who thought this was a chargeable offense,” says Sargent, although a final determination of that will come from the Capitol Police. “These people continue to think this is OK. I had to ask myself before posting, ‘How do we shine a light on this behavior?’”

It was not the worst email she’s received. Sargent remembers being called an “unnecessary waste of space” and told she should hang herself. A threat she reported immediately to Capitol Police, which they took action on, came from someone who threatened to shoot her.

In legislative offices, it is the staff who typically read constituent mail and answer phone calls. Sargent expresses concern that “it weighs on our staff, too, especially with phone calls. I think it happens more regularly than we would like to think.”

The Capitol Police provide security and protection for all state officials, employees and visitors to state property. While legislators are only a small portion of their job, Lt. Chris Litzkow, who supervises the Criminal Investigations Unit, says it’s “one of our core priorities.” He estimates that some piece of each day is spent working on cases involving threats.

“There are people on both sides of issues that are very passionate about it,” he says about pieces of legislation, in particular. “We try to separate a true threat and someone’s right to free speech.”

Some legislators report threats and others are discovered by police on social media, which he says is the most frequent delivery method. And the threats, he notes, go after both Republicans and Democrats.

Through November 2019, five legislative threats were investigated, similar to past figures of six threats in 2018 and four in 2017.

Litzkow also assumes the number of threats legislators receive is far higher, as he’s heard from members who have become desensitized or simply ignore them. That’s not his approach.

“It is something we take very seriously,” he adds.

“Unfortunately, it’s something we have to deal with and we warn women it’s a possibility,” says Forrest. “It is a documented reason women don’t run for office. All political officials deal with some level of vitriol, but for women it’s worse, and often it is gross and obnoxious.”

In Emerge trainings, the leaders are upfront about the topic. And they also put it in perspective and give future leaders tools they can use to empower themselves.

“It is one of the reasons we not only train women, we create a network of support through the program,” she adds.

“It’s not like they get to avoid sexism or sexual violence if they don’t run for office,” Forrest adds. “And if you do run, there’s a chance you can change that.”

Life in the fishbowl

Sargent and Zamarripa estimate that positive feedback outweighs the negative, something they remind themselves of when they are hit with hate mail or threats.

Both women also feel that in the current political environment, hate speech is more condoned and flourishing. Particularly, Zamarripa adds, for people of color, especially African-Americans and Latinos. Being elected just adds another layer of visibility.

“This is a fishbowl,” she says. “And in many ways this is the cost of doing business. But I hope women, people of color and queer people aren’t be discouraged to run. We get a lot of great support and things that lift me up. That keeps me going.”

Message from the police

“My message to legislators is, ‘Please report it. It’s always better to err on the side of caution, and we want to make sure we are getting a set of eyes on it.’” The same goes, Litzkow says, for the 30,000 state employees who all fall under Capitol Police jurisdiction.

He also has a message for anyone thinking about sending threats, be it email, a phone message or posting on social media.

“While you are sitting at a keyboard, take a while, think it through,” Litzkow suggests. “These are crimes that can alter the course of their lives, all because they had a momentary lapse of good judgment.”