Also: Goodbye Trio and Café Bavaria, to be replaced by two high-concept bars. 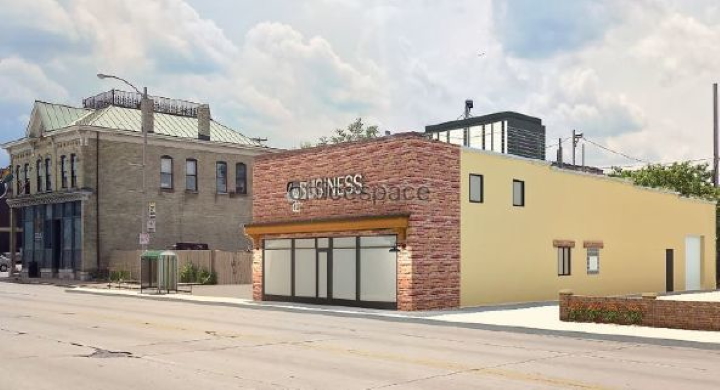 Milwaukee sure is proud of its beer – as it should be – but it’s nice to branch out every once in a while. The aptly named Unlocal Beer Company plans to help locals achieve that when it opens in summer of 2020 at 725 S. 1st St. in Walker’s Point. Through Fund Milwaukee and the crowdfunding site MainVest, Unlocal is aiming to raise a remaining $185,000. Brandon Anderegg of the BizTimes reports:

The pub brands itself as a beer hub for microbreweries around the country – a place where locals can drink “unlocal” beer. The taproom will offer Milwaukeeans a chance to taste craft beer varieties from around the U.S., and will sell cases of its selection of cans and bottles.

While Unlocal won’t offer food, it is partnering with 2nd Kitchen, a company that allows customers to order food from area restaurants to their taproom table.

Unlocal offered a sneak-peak into its initial micro-brew selection, which includes “You Schwfity?”, a Szechun style IPA from Revival Brewing Company in Cranston, Rhode Island, “Snake Handler,” a double IPA from Good People Brewing in Birmingham, Alabama and “Pineapple Velvet,” a milkshake IPA from 4 Noses Brewing in Broomfield, Colorado.

Back in October, OnMilwaukee’s Lori Fredrich reported that the owners of Hackbarth Hospitality Group, which owns Camp Bar, Campsite 131, and others, were under contract to purchase the building that housed the restaurant/bar, ping pong lounge and events venue hybrid Trio. Trio was to maintain occupancy and remain open until the Hackbarth group officially took occupancy. According to The Journal Sentinel, Trio officially closed its door on Dec. 21. This means the two projects the Hackbarth group announced would replace Trio – hunting-themed bar Deer Camp and event space Vista – are well on their way to opening in 2020.

In August, it was announced that Café Bavaria, the Lowlands group’s German café in Wauwatosa at 7700 Harwood Ave., would close at the end of the year so that it could be transformed into a Northwoods-inspired venue called The Buckatabon. The café will stay open through Jan. 5 and will officially close its doors at 3 p.m. Bavaria Café will serve New Year’s Day brunch on Jan. 1 and will begin selling off all of its décor and alcohol at discounted prices from Jan 1-5. On Jan. 4-5, the Café will throw two final blowout brunches.

As 2019 comes to a close, so will the Pastiche restaurant at Hotel Metro. It was announced in October that the restaurant, located at 411 E. Mason St., would close at the end of the year due to renovations of the hotel that would cause the restaurant to close for an extended amount of time. The restaurant plans to exit with a bang by throwing a memorable New Year’s Eve party. And if you ever find yourself missing the fine French food at Pastiche at Hotel Metro, the Brown Deer location will remain remain open.