Housing Trust Fund will provide $900,000 in capital. Can this program be grown? 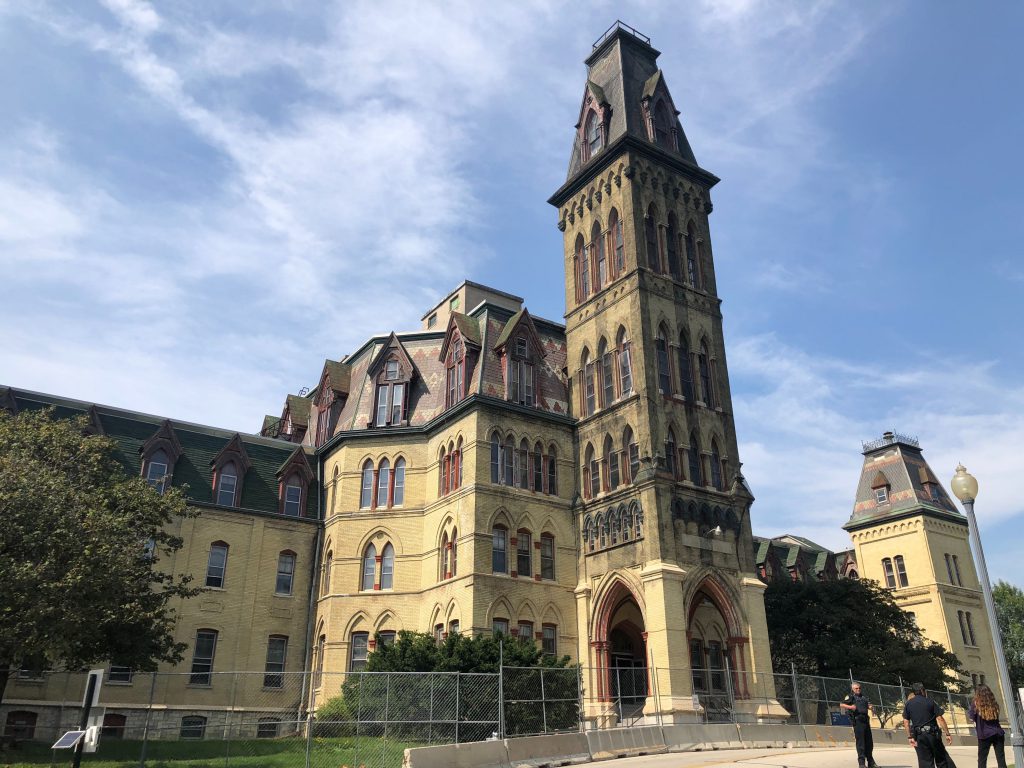 The developers, who will pair the money with funds from other sources, will create housing for everyone from homeless veterans to low-income seniors.

“There is a very competitive application for these dollars,” said Alderman Michael Murphy, who has served as the program’s steward since its inception. He detailed the grant awards to the Common Council’s Zoning, Neighborhoods & Development Committee last week.

The $44.5 million project to transform the Civil War-era Old Main building at Soldiers Home into 101 units of supportive housing for veterans is the largest project in the mix and has now received two grants from the fund totaling $375,000. Old Main will be home to 70 apartments available for veterans at below-market rates, with three duplexes, the former chaplain’s residence and former Soldiers Home headquarters also being converted to housing. Many of the residents will be veterans who are homeless or facing homelessness.

The city’s Housing Trust Fund is one of 13 sources of capital for the project.

The city’s Housing Authority will manage the day-to-day operations of the complex once it opens. Any construction savings related to the city’s grants will provide support for the authority’s operations, including supportive programming. Project partners gathered in September to mark the start of construction on the historic complex.

Murphy, whose district includes the Milwaukee Veteran’s Administration Medical Center where the Soldiers complex is located, said the building has been vacant since 1989. The project is scheduled to be completed in Spring 2021.

The developers of Villard Commons, a 43-unit, five-story apartment building, are relying on the funds to plug the final financing gap in the $7.4 million project. A groundbreaking was held in November on the project, with developer Que El-Amin telling Urban Milwaukee that the funds were the final piece of the puzzle to advance the project. El-Amin is one of five partners at Index Development Group, who met in 2015 while they were enrolled in the Associates of Commercial Real Estate (ACRE) program. The program is intended to teach real estate development skills to women and minorities.

How To Find More Applicants?

The committee spent time debating how the city could get more applicants for funding.

The funds are allocated into four different categories: homelessness, rental, homeownership and “other needs as identified.” In at least one category, simply applying to the program generated an almost guaranteed win. The Soldiers Home application was the only one submitted in the Homelessness category.

Murphy said part of that was the challenge of how supportive housing projects are financed, with requirements dictating that almost all of the capital be present up-front instead of generated over time. Mario Higgins, associate director of grant administration for the city’s Community Development Grants Administration office,  said only one project in the state applied for the Wisconsin Housing and Economic Development Authority‘s supportive housing tax credits program in 2019. “I too was surprised and frustrated by that,” said Murphy.

Higgins said the city advertises the program in the Milwaukee Journal Sentinel, Milwaukee Community Journal and a Spanish-language publication. Murphy suggested the council seek to grow the program’s reach by also using their social media channels to reach more people.

One issue might be the lack of funding available and its regularity. This latest round of awards came after a one-year hiatus while the fund rolled over its prior allocation. But even with the combined allotments, the program only had $900,000 to award. This pales in comparison to the statewide low-income housing tax credit program that provides tens of millions in credits annually.

The length of a winning application could also prove an issue. The City Clerk‘s office, in response to a record request from Urban Milwaukee, reported that the Old Main application is between 300 and 400 pages long.