Both contributed to “Never Learn Not to Love.” Great song, but kind of creepy. 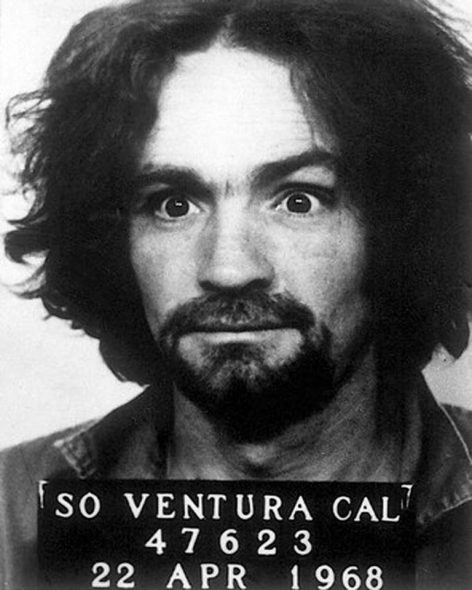 Charles Manson. Photo is in the Public Domain.

I listened to an interview with Allison Moorer on Fresh Air, recently. She was a casual acquaintance in Nashville when my wife, son and I lived there. An auburn-haired beauty with a voice to match, she has a story almost too chilling to contemplate. It involved a murder/suicide committed by her father that left her and her sister, Shelby Lynne, orphans. Allison was only fourteen at the time. Her description of it is in her new memoir, Blood. She also reckons with it on her new recording of the same name.

On that record is a song with lyrics by her father and music by her sister, “I’m The One To Blame.” It plays like a confession of crimes to come, and with just a guitar and her voice, Allison puts it across and then some. What an odd thing to be singing a song penned by a person who’s unthinkable violence shattered your family, leaving you with so much to deal with. She sings with hard-won compassion for her father, a frustrated musician who is finally getting something recorded and released. The fact she has reached this kinder view is a testament to the human spirit. It’s a darn good lyric and a very good song. It brought to mind a case from way back that features a well known cult leader, his savage deeds and one above average song he helped create.

When the The Beach Boys sang “Never Learn Not To Love”, the song was credited to Dennis Wilson, though it was actually borrowed and upgraded from one written by Charles Manson, which made it hard to know what to think about it. I hadn’t listened to the song in years and wondered if it would still have the chill factor I remembered. The answer is yes. Some critics dismiss it, but I think that’s a judgement based on Manson and the heinous group he led. A blindfold test would tell anyone it’s actually a very good pop song created by a group at a time they were hitting a creative peak.

But follow this ditty back to its contaminated source, and you have one of the more interesting stories in the never boring world of music. It’s also one touched on in a couple of films in recent years, Love And Mercy, a Brian Wilson biopic and Quentin Tarantino’s Once Upon a Time… In Hollywood.

I had never heard the Manson demo, in fact I was kind of avoiding it. But here is Charlie singing “Cease To Exist,” the rough template for the more polished Beach Boys’ song.

It is creepy, not so much by itself, but in the context of what we know about this man and what he would come to do. There’s enough in the track to back his claim of authorship: the phrase “I’m your kind, I’m your kind” as well as the title and maybe a chord or two. Charlie was not musically knowledgeable or a great singer, but he definitely had something. He was hobnobbing with The Beach Boys and producer Terry Melcher, Doris Day’s son. In fact, Melcher’s refusal to sign Manson to a recording contract helped lead to the murder of Sharon Tate and her friends on Cielo Drive, in the house Melcher had recently vacated, along with his girlfriend Candice Bergen and singer Mark Lindsey of Paul Revere and The Raiders. And Dennis Wilson’s outright theft had also put him in the crosshairs, too. In a kind of a reverse tooth fairy move, Manson left a bullet on his pillow as a reminder.

This and other recent revelations leave me with a couple of questions that are difficult to answer. The first is, what do we do with undeniably good work from people who have done awful things? I’d rather not enrich the perpetrators of foul deeds, but what choice do I have if I want to buy a Ronettes reissue? Should I put money in Phil Spector’s pocket? Does he even get royalties in prison? Does his current status as a true sicko who shot a woman who didn’t respond to his advances negate the fine work we’ve all admired?

The second question has to do with the impenetrable firewall sociopaths are able to construct to keep their conscience from spoiling their fun. How can beauty and joy arise from such venomous minds? We’ll probably never know the answer — but if we somehow solve that riddle, we will have learned something really interesting.