At stake is whether justices will recuse themselves to avoid flagrant conflicts of interest.

By Jay Heck, Common Cause in Wisconsin - Dec 9th, 2019 02:38 pm
Get a daily rundown of the top stories on Urban Milwaukee

Any Wisconsinite with a pulse is well aware our state is “ground zero” in the November 2020 election for president.

“As Wisconsin goes, so goes the nation,” many election prognosticators proclaim.

In 2016, Donald Trump unexpectedly carried Wisconsin by a margin of just 23,000 votes over Hillary Clinton, which guaranteed Wisconsin will be fiercely fought over next year. 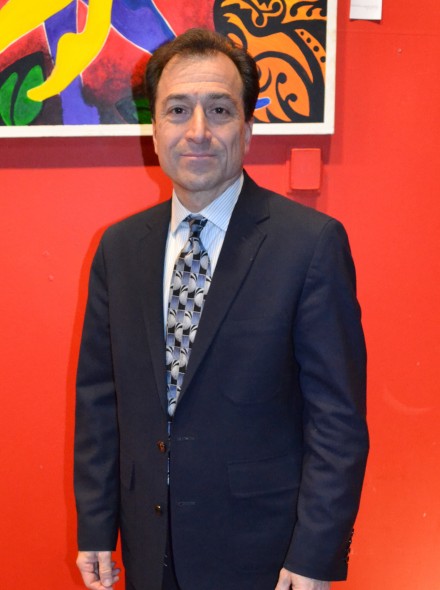 Not nearly as widely known or talked about is the significance of a Wisconsin election that will be held in April 2020. A pivotal seat on the Wisconsin Supreme Court is up for grabs April 7, and the outcome could be a bellwether for the presidential race in Wisconsin later in the fall.

Perhaps more important, the outcome of the spring Wisconsin Supreme Court election could determine the direction this state takes for the decade ahead — and whether big, special-interest money will continue to dictate the outcome of high court elections and court decisions.

It was not always so. Until 2007, spring elections for the state Supreme Court were relatively tame, and most decidedly nonpartisan affairs. That was because judges — especially justices on the highest state court — were considered to be nonpartisan and impartial arbiters of the law, not of ideology. Judges in Wisconsin run for election with no political party affiliation.

But then deep-pocketed special-interest groups began to participate in state Supreme Court elections, spending hundreds of thousands — even millions — of dollars, primarily on negative media ads attacking candidates they opposed.

The problem grew, in part, after the failure in 2009 of a majority of the court to adopt a proposal put forth by Justice N. Patrick Crooks. He wanted to require recusal if a justice had received substantial election support from one of the parties in the case before the high court. Recusal means the judge would not participate in deciding a case because of a potential conflict of interest.

This error was compounded in 2010. A majority of the court adopted what was essentially a non-recusal rule written and accepted, apparently verbatim, from two of the state’s largest business organizations: Wisconsin Manufacturers and Commerce, and the Wisconsin Realtors Association.

Our state Supreme Court also has failed to adopt a sensible and stronger recusal rule at the explicit invitation of the U.S. Supreme Court in the wake of its landmark 2009 Caperton v. A.T. Massey Coal Company decision.

As a result, our state currently ranks 47th of 50 states in terms of the strength of its recusal rules, according to a survey cited by retired Wisconsin jurists in 2017. That is shocking and unacceptable.

Further, strong recusal rules are even more necessary in the aftermath of the court’s 2015 decision to strike down Wisconsin law that had prohibited campaign coordination between candidate campaigns with outside special interest groups. These groups spend vast sums of money engaging in non-express or “phony” issue advocacy, with a clear intent to influence the outcome of elections.

That controversial decision exceeded even the 2010 U.S. Supreme Court Citizens United v. F.E.C. decision in allowing coordination between so-called issue ad groups and candidates. Citizens United prohibited this type of coordination. Four of the state Supreme Court justices who voted in 2015 to decriminalize this kind of coordination had themselves been supported by one or more of the organizations engaging in that coordination during the 2011-2012 recall elections. This further underscores the urgent need for strong recusal standards and rules.

State supreme court elections in Wisconsin were relatively low-spending, nonpartisan affairs more than a decade ago. They were characterized by consideration of qualities such as judicial qualifications and credentials, temperament and impartiality. Today they have devolved into highly partisan, special-interest spending sprees, and justices fail to recuse themselves from cases where wealthy campaign contributors are parties in the cases before the court.

Special-interest campaign spending and extremely weak recusal standards have all but destroyed citizen confidence in the impartiality and credibility of the Wisconsin Supreme Court. Both of these matters will be front and center in the important election next April.

The Supreme Court may have the final say on many critical issues in the years ahead for citizens, including partisan gerrymandering of state legislative and congressional districts. Every Wisconsinite who cares about democracy and the rule of law needs to participate in the February primary, April general and Nov. 3 elections.

This op-ed was originally published by the Wisconsin State Journal.

Jay Heck is executive director of Common Cause of Wisconsin, a non-profit dedicated to upholding the core values of American democracy.