Grant Langley Will Run for Reelection 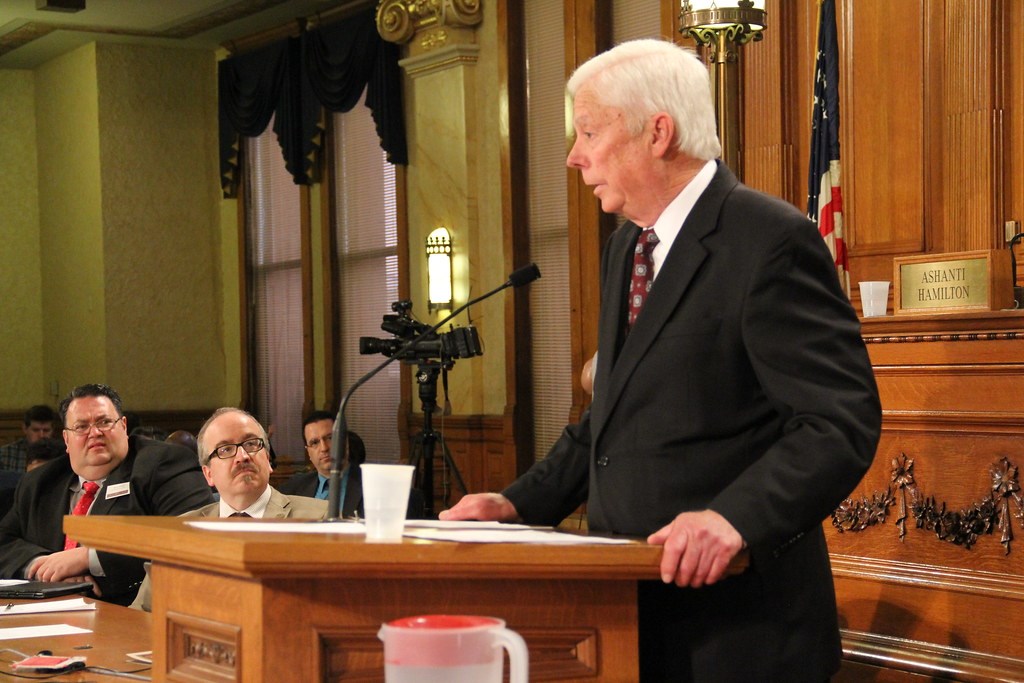 Milwaukee City Attorney Grant Langley says he will run for reelection and will release a press release tonight revealing his intention to run.

“It’s the tenth time” he will run for the office, the city attorney noted in an interview with Urban Milwaukee. Langley was first elected in 1984 in an upset, beating his boss, City Attorney James Brennan, in a contentious election and has since won eight more terms, usually while facing no opponent.

But Langley had told some he had decided to step down and back in June told Urban Milwaukee he was thinking strongly about it. “I have not made a decision, but I am thinking about it. I expect to make a decision soon.”

That was nearly six months ago and Langley has now decided he wants to continue. “I love it,” he says. “I have a great staff. I love the job.”

That would make an even four decades as city attorney should he win. Langley, now 74, would serve until 2024, when he would be 78 years of age. “I’m in good health,” he says.

The fact that attorney, former police officer and former Milwaukee Municipal Judge Vince Bobot had announced for the seat back in late May was seen as a sign that he believed Langley was stepping down. Bobot considered running in 2016 but once Langley decided he wanted another term, “I honored that and decided not to run,” he told Urban Milwaukee.

Langley says “Vince and I have been friends for a long time.”

Back in June Bobot said he was in the race regardless of what Langley decided. That’s because Milwaukee attorney Tearman Spencer announced on May 21st he was running for the office, and Bobot says, “A lot of my supporters were saying you can’t just keep waiting.” And so one week after Spencer’s press release Bobot issued his own campaign announcement.

Bobot, however, told Urban Milwaukee “I don’t anticipate criticizing Langley at all in this race.”

Spencer, by contrast, has made no bones about the need for change in the Office of City Attorney. He has said the city needs “to develop policies and protocols that will result in better police-community relations, lower the risk of injury and death, and reduce city payouts.” Noting the city has paid out $23 million in claims for police misconduct in the last five years, Spencer has argued that “The city attorney’s office should be more proactive in helping the police protect and serve, not just avoid liability… We should be preventing problems, not just avoiding responsibility.”

Langley says “I am ready to defend each and every one” of the police settlements. He added, however, that he serves the Common Council, which ultimately decides whether to vote for any settlement.

Langley’s handling of the suit against the city by Milwaukee Bucks player Sterling Brown may also figure in the campaign. The city attorney’s aggressive approach in a legal filing claiming “the injuries and damages sustained by the plaintiff, if any, were caused in whole or in part by their own acts or omissions,” has generated considerable criticism. The critics include Mayor Tom Barrett  (“I think it’s counterproductive for anybody to turn up the heat with rhetoric like this“), Democratic State Sen. Chris Larson of Milwaukee (“beyond disappointing that… the City Attorney would attempt to shift the blame to the victim in order to shirk real accountability”) and the publication Think Progress, which blasted Langley’s blend of “lawyerly obtuseness” and “toddler-like perversities” in his filing, as Urban Milwaukee has reported.

The job of city attorney, with its salary of $147,336, is one of the best paid public service posts in town. Langley has in the past won reelection easily, even on the rare occasion he faced opponents: in 2004, he waxed former Milwaukee County Supervisor Fred Tabak by 63 percent to 36 percent and in 2008 notched another easy victory, by 59 percent to 41 percent over Pedro Colon, then a state legislator and now a Milwaukee County Circuit Court judge.

While ruminating whether to continue on the job, Langley hasn’t been doing any campaign fundraising. “I really have very little in my campaign account,” he says. But he adds, “I’m prepared to raise whatever is necessary to win.”

One thought on “Murphy’s Law: Grant Langley Will Run for Reelection”