John Q. Public can’t get anything from Assembly Speaker 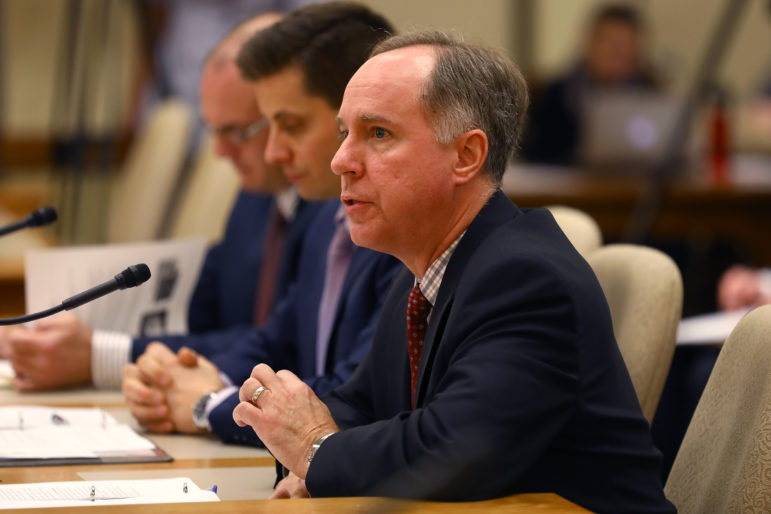 John Public has a problem with the office of state Rep. Robin Vos, the Speaker of Wisconsin’s State Assembly.

In a reply sent the next day, Vos’ legal and policy advisor Steve Fawcett informed John Public that “We estimate that the cost for this request will be approximately $50. Please remit $50 to the Assembly Chief Clerk’s Office.”

Public (a pseudonym, appropriate since Wisconsin’s open records law expressly allows anonymous requests), asked for an itemized breakdown of these costs. Fawcett tersely replied, “The fee is for staff time searching and producing your requested records.”

The request for a cost breakdown, which Fawcett did not provide, is especially pertinent in this case, given that the law only allows custodians to charge for the cost of location “if the cost is $50 or more.”

In other words, if the staff time needed to locate these records added up to, say, $49.50, which is certainly possible given that it was said to be “approximately $50,” then the office is not allowed to charge for location at all.

Public asked Fawcett for a cost breakdown three times, at one point stating, without identifying who else was asked, “you are the only office to charge us for this uncomplicated request.” Public went on to speculate that the prepayment demand was meant as “a barrier to keep us and other prying eyes at bay” and “not in keeping with the spirit of our law.”

There is no record that the office provided any further response. Efforts to reach Public through the email address provided with the request were unsuccessful.

This correspondence is among about 200 records, mostly emails, provided by Vos’ office in response to my request for all of the records requests and responses between Jan. 1, 2019, and late October. Many requests involved multiple emails, unhelpfully shuffled into no particular order. The volume of requests made of Vos was not overwhelming—just several dozen for the period under review, an average of less than one per week. Most requests seem to have resulted in records being provided.

In the case of my request, the office of the Assembly Chief Clerk, which processes lawmakers’ records requests, informed me that the cost of locating these records came to $50.36—exactly 37 cents above the threshold where it could not charge at all. In the end I paid it, even though Fawcett and the Chief Clerk’s Office, as with Public, refused to tell me how this cost was tabulated, despite repeated requests.

Providing a breakdown of requested costs is not mandated by any law or court ruling. But it is common practice, and the failure of Vos and Assembly Chief Clerk Patrick Fuller do so raises concerns among open government advocates.

Pulling numbers out of thin air?

“It is usually in the custodians’ interest [to provide breakdowns], because it shows that the costs are ‘actual, necessary and direct,’ ” says Christa Westerberg, co-vice president of the Wisconsin Freedom of Information Council, quoting language from the state open records statute.

“If the official won’t explain how they arrived at a number, how am I supposed to know whether or not they just pulled it out of thin air?” asks Tom Kamenick, a Council member who recently launched the Wisconsin Transparency Project, a law firm dedicated to litigating open government cases. “Do they want me to sue them just to find out?”

The responsiveness to records requests, or lack thereof, on the part of Assembly Speaker Vos is important both because he occupies a key leadership position and because he is the state politician most closely identified with disregard for the state’s traditions of open government.

It was Vos who in 2015 introduced budget amendments that would have essentially exempted the legislature from the open records law; these were passed by the legislature’s Joint Finance Committee but later withdrawn when they spurred a statewide backlash. Vos later authored an amendment to end the longstanding requirement that significant donors to political campaigns reveal where they work, making it more difficult to trace special interest spending.

Most recently, Vos is the chief Assembly sponsor of a bill to shield the names of state lottery winners, despite concerns from the director of the state lottery that this will make it harder to catch cheaters. The bill has not yet come up for a vote.

Despite their own spotty records when it comes to transparency, legislative Republicans are often quick to insist on it from their political rivals.

Last week, state Rep. John Nygren sued Gov. Tony Evers, challenging his office’s claim that a request for records about mental health services for farmers was overly broad. The suit, however meritorious, is ironic coming from Nygren, who as head of the Joint Finance Committee was a key accomplice in Vos’ effort to gut the records law. Nygren has also used the ability to charge location fees to demand prohibitively high fees from records requesters, myself included.

Hundreds of dollars in charges for emails

The records released by Vos’ office affirm that it often demands location fees, sometimes in the hundreds of dollars. One such case involved the liberal advocacy group One Wisconsin Now, which was asked to pay $398.90 for records of caucus materials for a less-than-two-month period.

“My request was clear and limited, both in scope and in duration,” complained the group’s research director, Joanna Beilman-Dulin, in an email to the clerk’s office. “Responsive records to my request could be located easily and quickly through the use of search terms in an email program and any network drives used by Speaker Vos’ office.”

According to Beilman-Dulin, no breakdown of the costs was ever provided; in the end, One Wisconsin Now paid the requested amount. “It was a real frustration,” Beilman-Dulin says in an interview. Yet she says it is entirely in keeping with her experience with Vos’ office, which “generally interprets requests in a such a way as to make it as difficult to get records as possible.”

On several occasions during the period under review, Vos’ office responded to requesters by stating, “We have no records responsive to your request.” In some cases, this may owe to the way that the office is interpreting a request; in others, it may involve the actual destruction of records.

State lawmakers are exempt from the records retention rules in place for all other state and local government officials. That means if the streets superintendent of Oshkosh receives a letter from a citizen about a cracked sidewalk, he or she must hang on to it for a statutory minimum, usually seven years. But a legislator who gets an email from a lobbyist promising contributions in exchange for favors can, in the absence of a pending records request, simply delete the compromising email.

No information on redistricting: ‘case closed’

One of the requesters who was told by Vos’ office “We have no records responsive to your request” was Grafton resident Robert W. Chernow, who has asked for records regarding the way that state Senate District 8 was redistricted after the 2010 Census.

Chernow, in an interview, says he was trying to learn more about how the voter boundaries of this Senate district were redrawn to the advantage of Republican incumbent Alberta Darling.

After being told that no responsive records exist, Chernow says he repeatedly called Vos’ office and asked to talk to Fawcett. “Every time they heard my name the word came back that he’s not available,” Chernow says. “After about six times, I got the hint that he would not talk to me.”

And so Chernow sent a letter dated Nov. 13 to the office of the State Attorney General, which has statutory authority for interpreting and enforcing Wisconsin’s open records law. His letter notes that there have been repeated mentions in the press regarding the $850,000 fee paid by the state to a law firm advising Vos on the issue of redistricting.

“Would not Mr. Vos still have possession of this information?” Chernow asks, adding, “I cannot understand the statement that there are no records.” He continues: “Were these records destroyed? Are taxpayer funded projects that affect [the public’s] representation not public?”

Chernow says that the only response he’s gotten from Vos’ office is an Oct. 15 letter from Fawcett informing him that it had no records at all in response to his request, adding, “We now consider this matter closed.”