11-story, 133-unit complex in Walker's Point gets a green light from city. 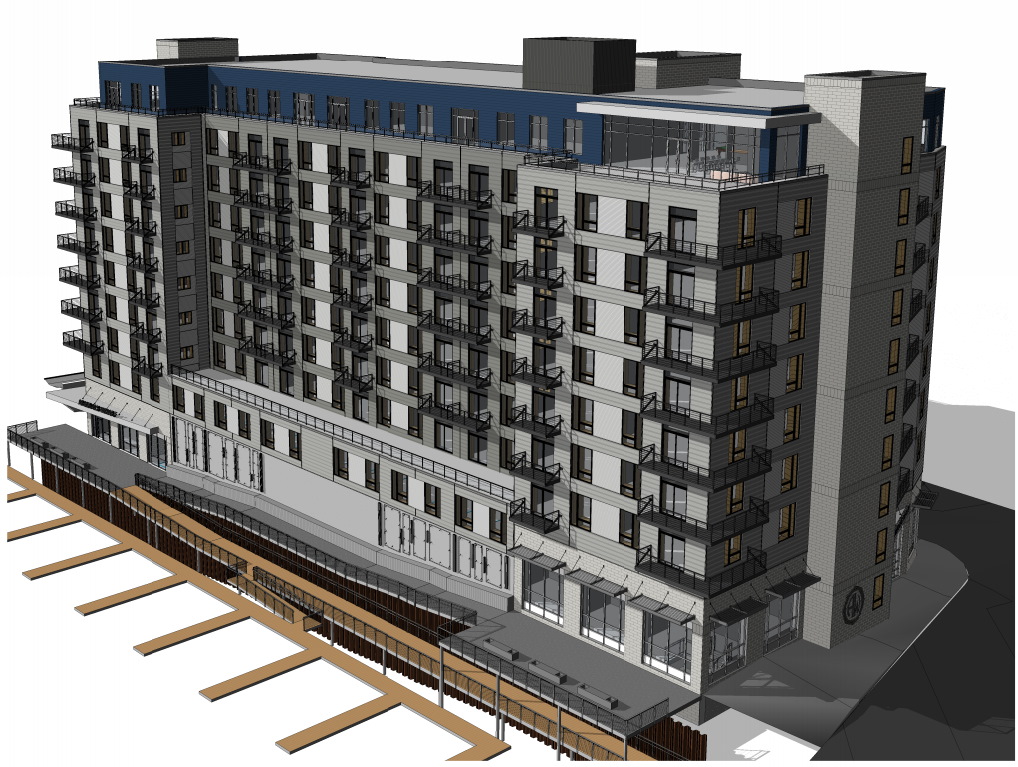 Developer Ryan Bedford is planning the project in partnership with VJS Construction Services. The firm owns the site at 234 S. Water St. and is serving as the project’s general contractor and architect.

The project would be the largest insulated concrete form structure in the state, which Bedford says would be a boon for tenant energy efficiency.

“We have some tenants in our buildings that literally never turn the heat on,” said Bedford last week of the Walker’s Landing complex in the city’s Beerline neighborhood and other apartment buildings the firm has built in the suburbs. He said some use air conditioning in the summer, but the heat is captured and reduced by the concrete structure.

The .7-acre Walker’s Point site is currently undeveloped and used for storage. Bedford estimated that when complete the development would generate approximately $600,000 in annual incremental property tax revenue.

The penthouses would have each have a private deck. A shared amenity deck and room would be included on the 10th floor overlooking the river and lake.

A mural would be included along the riverwalk in partnership with Harbor District Inc.

Parking in the building could be provided by a valet service that would allow the multi-level garage to grow from 138 stalls to up to 220 by more efficiently using the space. Bedford told the council’s Zoning, Neighborhoods & Development Committee last week that he was still vetting proposals that cost in excess of $200,000 a year to provide the service.

For more on the building, see our coverage from last week’s committee meeting or the project’s October hearing before the City Plan Commission. 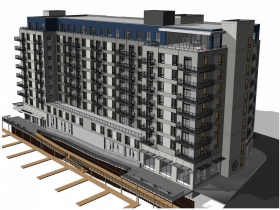 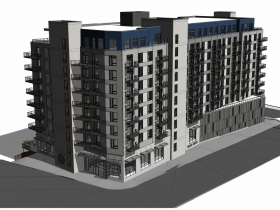 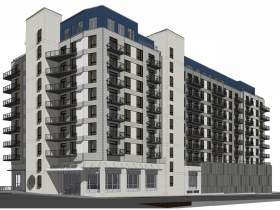 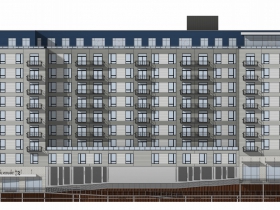