By Corri Hess, Wisconsin Public Radio - Nov 25th, 2019 10:42 am
Get a daily rundown of the top stories on Urban Milwaukee 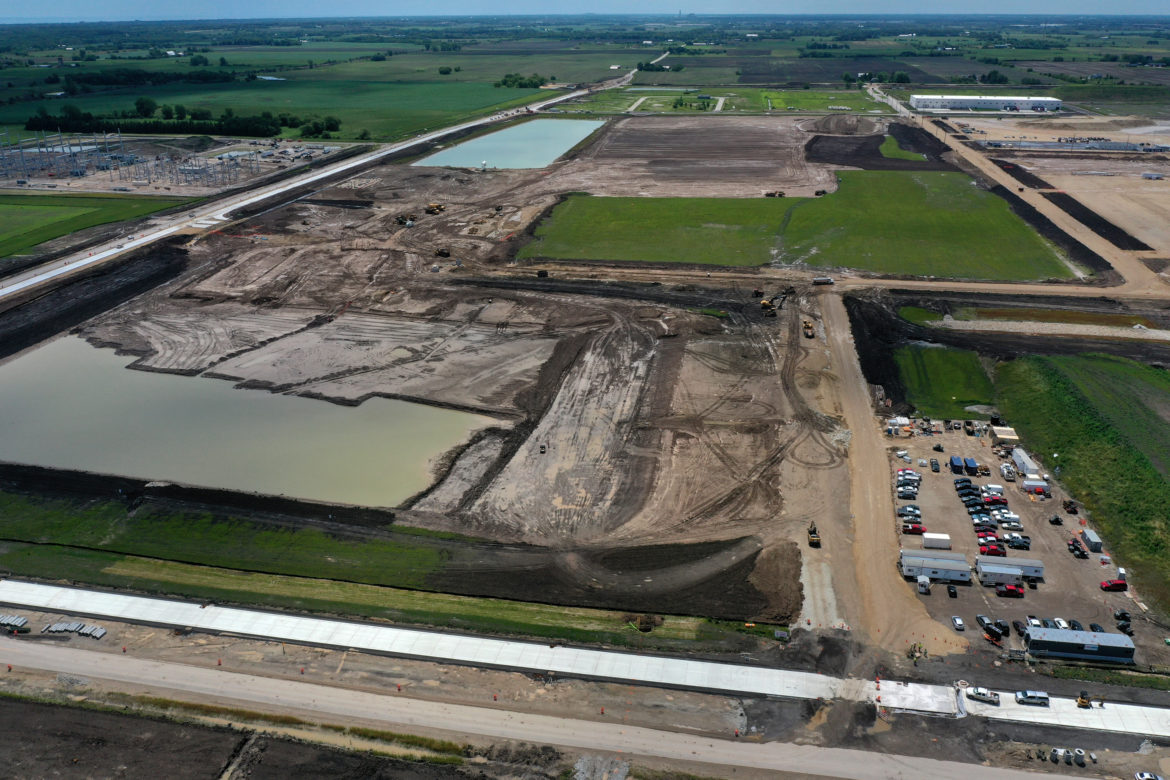 A new study on government subsidies by George Mason University found Wisconsin’s deal with Foxconn will not work and could reduce economic activity in southeastern Wisconsin.

Researchers with the Virginia-based Mercatus Center at the university focused on the Foxconn deal because of its size and high profile.

In its study, “The Economics of a Targeted Economic Development Subsidy,” George Mason researchers found targeted subsidies are more likely to diminish rather than enhance the economic prosperity of communities that offer them.

Researchers based their study on $3.6 billion in state incentives — taking into account the $3 billion incentives package approved by the GOP-controlled state Legislature in 2017, and an additional $600 million in utility, road, training programs and economic development programs needed for the project.

In 2017, the village of Mount Pleasant and Racine County created a special financing district to pay for a $764 million investment to support the Foxconn project. The investment has since been increased to $911 million.

“Wisconsin is pretty much already on the hook for over a billion dollars in subsidizes if Foxconn were to leave tomorrow, the only question is, how much further does it go,” said Michael Farren, an economist and head researcher of the study.

Emails to Republican legislative leaders and Gov. Tony Evers‘ office were not returned. The Wisconsin Economic Development Corp. (WEDC) did not respond to a request for comment by deadline.

“I think there was an appetite for a smaller investment, but the scale of this, even under the best case scenario had a 25-year pay back, and of course the project has changed, and it looks like the best case scenario has been made much worse,” Hintz said. “It comes at a time and reaffirms what we know. But the fact that Wisconsin went well and above what traditional incentives are, I think, put us in an even worse position.”

Among its many findings, George Mason University researchers found the Taiwan-based electronics manufacturing company could have come to Wisconsin even without an incentives package, and job goals can hamper economic development.

Local talent, resources and CEO preference are often the reason a company chooses its location, not the subsidy being offered, the study found.

“For the typical subsidy, it only matters between 2 and 25 percent of the time,” Farren said.

Foxconn is not as easy to pinpoint.

Its large LCD manufacturing display facilities around the world have been “massively” subsidized by local and national governments, Farren said.

“Wisconsin is probably the best place to locate because of its access to water resources and other utilities and the fact that Wisconsin already has a 0 percent corporate income tax for manufacturing firms,” Farren said.

But the study found specialization should be a natural course to be efficient, using market signals.

“Subsidies can encourage a firm to ignore its or its region’s natural comparative advantage, oblivious of what economists have called ‘regional realisms,'” the study found. “Consider this fanciful but feasible alternative: The $3.6 billion in subsidies that Wisconsin promised Foxconn could instead have built 7 square miles of greenhouses to motivate orange growers to move from Florida.”

“If Wisconsin was the right place for LCD manufacturing firms, I would argue that they would probably already be locating there,” Farren said.

The study also aimed to quantify the cost of the subsidy, looking at the $3.6 billion that could be paid to Foxconn over 15 years if all job goals are met.

The study contends the subsidy represents just over 1 percent of all tax revenue Wisconsin is expected to receive over the next 15 years. If instead, Wisconsin were to decrease its taxes by 1 percent, the state would see $20 billion more in economic development, Farren said.

The study also argues attaching subsidies to job goals incentivizes a company to continue on a path that might no longer be economically viable.

Farren said this has already happened with Foxconn.

The company originally was going to build large flat screens with a so-called Gen 10.5 plant. Foxconn said market changes prompted the company to shift to a smaller Gen 6 facility.

In early 2019, Foxconn executives hedged briefly on whether they would be doing any manufacturing in the state at all. Now, they say the Gen 6 facility will begin operating in late 2020.

“If it doesn’t make sense to build LCD displays in the U.S. or even in southeastern Wisconsin, then it shouldn’t be done,” Farren said. “And if you try to something to happen, then you are going to end up with more economic waste.”

Foxconn’s 1 million-square-foot manufacturing plant is currently under construction in Mount Pleasant. The company has remained committed that it will create 13,000 jobs in Wisconsin.

WEDC will receive a report from Foxconn on Dec. 31 to determine whether the company qualifies for state tax credits.