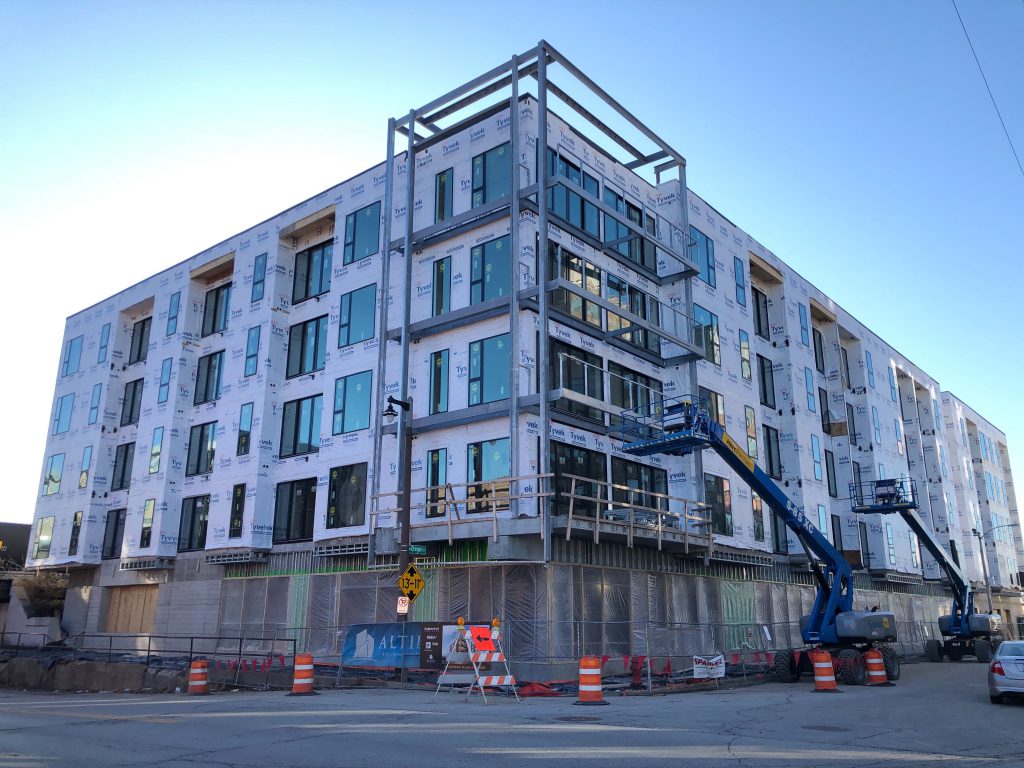 The Yards under construction. Photo by Jeramey Jannene.

The signature design feature of The Yards apartment building, a steel fin with balconies, is taking shape as the project moves towards a 2020 opening.

The L-shaped building is being constructed on a long-vacant lot at 223 W. Oregon St., just west of S. 2nd St.

It’s 2nd Street’s former name, Reed Street, that inspired the naming of the Reed Street Yards business park, for which the new building will serve as a gateway.

The Yards will contain 87 apartments when finished. The project is the second Milwaukee project for Linden Street Partners. Its first, a 70-unit building dubbed The Quin, is located a stone’s throw away. Things must have gone pretty well because Linden again hired architecture firm RINKA and general contractor Altius Building Company.

Linden Street partner Scott Richardson told Urban Milwaukee that the building’s name, The Yards, is a double entendre. It’s both a reference to the building’s location, on the eastern edge the business park, and to the proposed amenities, which include a dog walk, second-story rooftop deck and balconies on every unit.

The building’s design was approved by the City Plan Commission in March 2018. The Common Council’s Public Works Committee approved an air space lease in January to allow a small portion of the building to hang over the sidewalk.

The Yards isn’t the only thing happening in the area. Change could be coming soon to 15-acre site west of the apartment building. A city board gave its first approval this week to infrastructure work related to landing tenants for the remainder of the Reed Street Yards. Rite-Hite is rumored to be considering relocating its corporate headquarters and approximately 220 employees from suburban Brown Deer to the business park.

And even if the Rite-Hite deal doesn’t happen, another project is already underway. Across the railroad tracks that form the project’s southern border developer Ann Pieper Eisenbrown is merging the old with the new as she creates a second apartment building on W. Florida St. 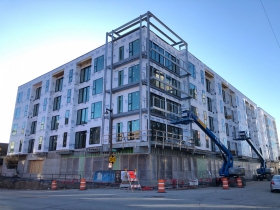 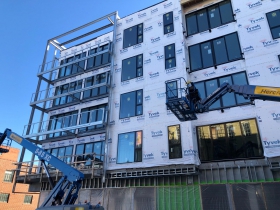 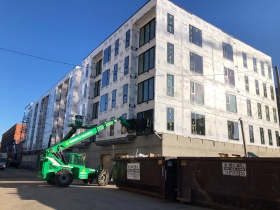 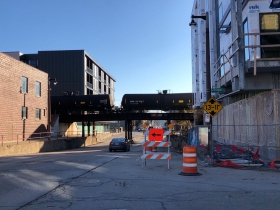 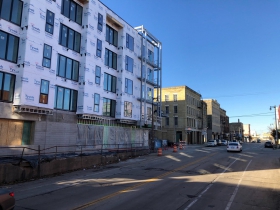 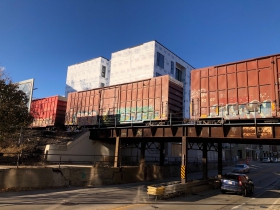