Plus community programming in unused expanded building on far northwest side. 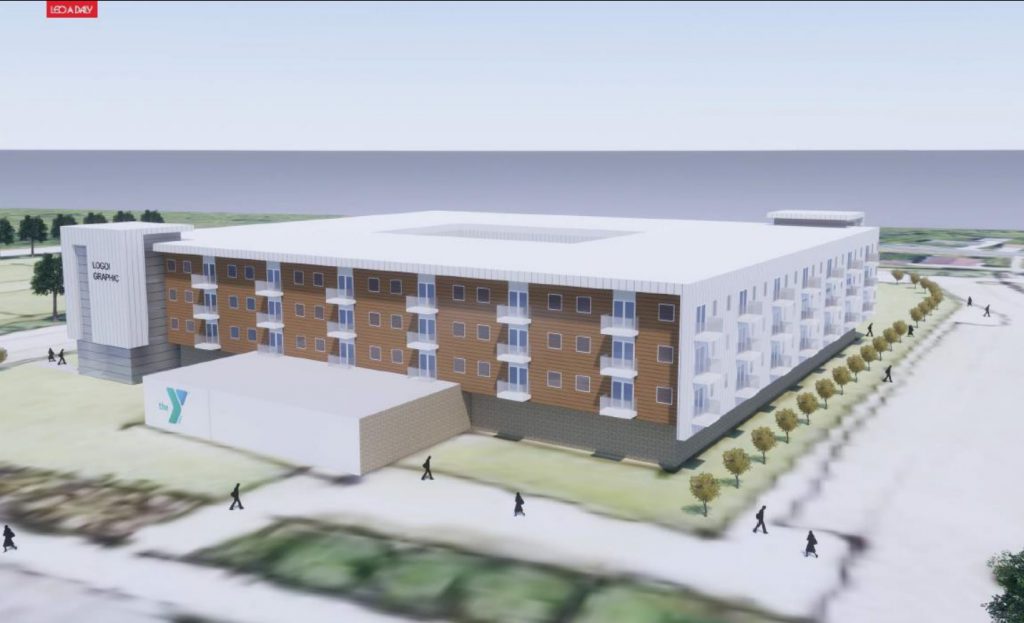 Vacant for over a decade, a proposal has emerged to add three floors of apartments to the top of the one-story Fletcher Elementary School and convert the first floor into a hub for social service organizations.

As required by state law, the city offered the 60,754-square-foot school exclusively to school operators for a period of two years. Three parties expressed interest, but none submitted an offer after touring the school.

Now affordable housing developer White Lotus Group, which has offices in Chicago and Omaha, has submitted an offer to purchase the property and redevelop it with the use of low-income housing tax credits.

The development would include 100 apartments, with 33 one-bedroom, 33 two-bedroom and 34 three-bedroom units. The site plan calls for 260 surface parking spaces.

“I’m really excited about this,” said area Alderwoman Chantia Lewis when the proposal came before the Common Council’s Zoning, Neighborhoods & Development Committee on Tuesday morning. She said she’s been working on finding a new use for the school since MPS declared it a surplus building in 2015.

CrossWay Church, which has worship facilities in Germantown and Sussex, would be one of the social service groups operating out of the redeveloped building’s first floor. The organization currently rents two townhouse units in The Woodlands, a 576-unit condominium complex that surrounds the school.

Associate Pastor Marques Jones leads the organization’s Milwaukee outreach efforts that includes an after-school basketball program, English-as-a-second-language classes, job interview preparation and other after-school programming. “If all goes well we will also be able to provide clinical services out of that space,” said Jones.

Jones said using The Woodlands doesn’t work well with the space split over multiple floors. “There is just no space to serve the community in the way they want to be served,” he explained.

Lewis said the project’s location within a federally-designated Opportunity Zone would give the proposal an edge over competing low-income housing tax credit projects.

But committee members, who see a number of proposals every year in advance of a December tax credit application deadline, asked what would cause the Wisconsin Housing and Economic Development Authority to pick this project over a number of others.

“One of the most compelling things about our proposal is the high level of certainty,” said Scott Henry of White Lotus. He detailed how the firm is seeking tax credits in a less-competitive part of the program and would also leverage WHEDA’s bonding ability.

“This project builds on what we’re doing elsewhere in the country,” said Henry. A conceptual rendering shows a YMCA logo on a portion of the building and Henry said White Lotus has a strong partnership with the organization.

White Lotus proposes to use Milwaukee-based firms in the project’s design and development. JCP Construction would serve as the general contractor and American Design would partner with Omaha-based architecture firm Leo A Daley.

White Lotus would pay $500,000 for the two-parcel, nine-acre property.

The project is not contingent on any city funding according to a Department of City Development land disposition report. A zoning change would be required to accommodate the final proposal.

White Lotus will learn the fate of its credits application in March 2020. The city’s term sheet would require the firm to close on the purchase by August 1st, with a one year extension available if WHEDA requires White Lotus to revise its proposal. 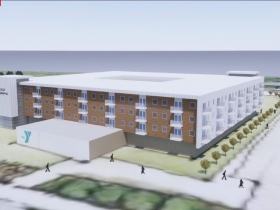 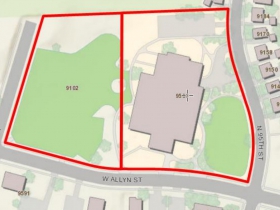 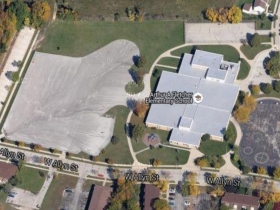 One thought on “Eyes on Milwaukee: MPS School To Become Apartments”