State and county task forces are separate but overlapping efforts responding to crisis.

By Isiah Holmes, Wisconsin Examiner - Nov 19th, 2019 01:58 pm
Get a daily rundown of the top stories on Urban Milwaukee 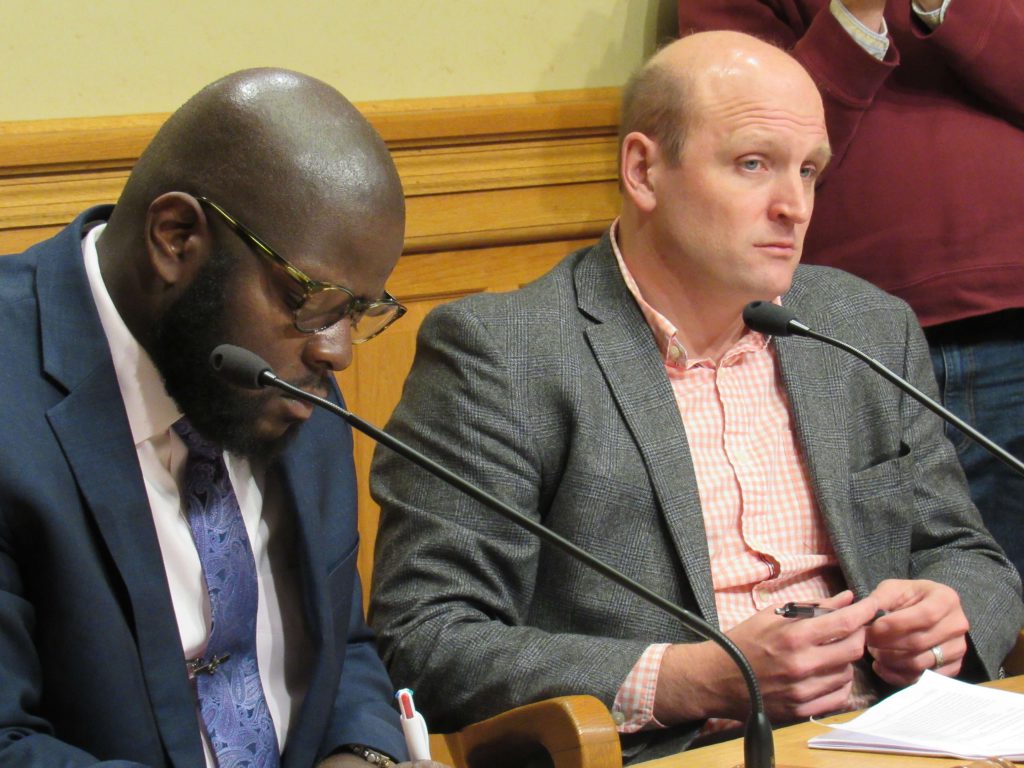 Wisconsin is preparing to tackle the multi-dimensional challenges of climate change. While Milwaukee initiates a Climate and Economic Equity Task Force, Lieutenant. Gov. Mandela Barnes is helping to spearhead a climate change task force in the Capitol. 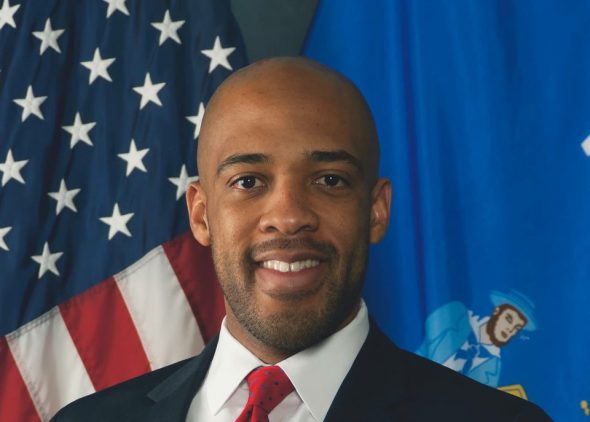 Barnes says that while the state and local task forces are not formally linked, both will compile recommendations for policy changes. “A lot of the things that we’re going to be working on are the same, however our focus is going to be much more broad,” says Barnes. “They’re not going to deal with the rural issues in the Milwaukee County task force.”

As Wisconsin’s climate becomes wetter, parts of the state have been stricken with intense flooding, which is especially hard on rural and agricultural Wisconsin.

For the statewide climate task force, “the forefront will be water quality issues,” says Barnes, “which are shared between urban and rural communities. Albeit different issues, it all comes back to having access to clean and safe drinking water.”

Contamination of water sources with lead, PFAS chemicals, sewage, and industrial pollution is becoming an ever more pressing issue statewide. “Another issue, too, directly related to climate change, has been this never-ending rainy season we’ve been having this year. Which is detrimentally impacting our farming communities, delaying crops, definitely having a huge impact on the economy in these areas,” says Barnes, adding that it’s important to “not forget about rural Wisconsin.”

Barnes sees economic growth potential for farming communities through climate adaptation. “Whether it’s bio-digestion, whether it’s solar or wind, we can maximize potential for these plots of land,” said Barnes. “Especially as a lot of these farms are losing money right now, [we need to create] opportunities for other streams of income for them to stay afloat, and weather the storm,” he told Wisconsin Examiner. “Too many of our family farms are going out of business, not able to compete.”

The state’s broader climate woes, unfortunately, go beyond flooding. “It snowed on Halloween,” said Barnes. That’s a pretty big deal. If that happened before then it would be melted the next day. But it’s still on the ground. It’s in our faces more than it’s ever been before. And people should be compelled to act, compelled to see what’s happening in front of us and do something about it.”

Milwaukee Common Council president Ashanti Hamilton shared similar sentiments during the county task force’s first meeting on Nov. 11. “We have some heavy work to do,” said Hamilton. “One of the most important conversations that we’re having right now is what we can do to save this planet.” And, Hamilton added,  “one of the things that will be important to do is to make sure we do it in an equitable and fair way.”

“We can show the rest of the country what it means to commit ourselves to reversing some of the trends that we see nationally,” Hamilton declared. He hopes that the county task force will demonstrate that, despite historical segregation and divides in Milwaukee County, “We can have shared priorities, we can have shared goals.”

“I am enthusiastic about the opportunity to deal with both the impending climate crisis and unemployment levels in portions of our community that are double what was experienced during the Depression,” said Moore Omokunde. “I’m confident that my colleagues on the task force share my sense of enthusiasm and urgency, and I know we’re all eager to roll up our sleeves and get to work.” Kovac said he looks forward to, “working with Supervisor Moore Omokunde and other community partners to make global change by empowering and employing neighbors and advocates on a local level.”

Many things were passed over the table during the first Milwaukee task force meeting. From building a sustainable green jobs economy in some of Milwaukee’s struggling sectors, to solving the riddle of renewable energy. Ultimately, the task force aims to reduce Milwaukee’s net greenhouse gas emissions by at least 45% by 2030, and reach net zero by 2050. “We’re looking at a lot of the jobs that left the city during the industrialization,” Moore Omokunde told Wisconsin Examiner, “I’m looking to replace some of those jobs.”

Looking at the big picture painted by the climate crisis, Barnes feels compelled by its daunting implications. “A lot of it is just thinking about the future,” Barnes said when asked why climate change is important to him personally. “Seeing things happen across the globe that haven’t necessarily happened here — whether it’s wildfires in California or permafrost melting,” he said, “there’s a threat to all of our livelihoods. It’s thinking about making decisions for the future — whether you want to bring children into this world. What is this place going to look like? Will I have to move because of the climate?”

As other parts of the country experience more destructive weather, the Midwest near the Great Lakes may start to look ever more attractive. Especially since, despite the climate shifting and creating new challenges, intense natural disasters have not yet become commonplace in this region. “We’re in an area more people are going to flock to,” said Barnes, “but what does that mean for where we live? There are so many different concerns to think about.”

Environmental justice and equity is also an angle which has touched the Lt. Governor personally. “I had asthma when I was young. I dealt with it and so many people did who grew up in communities like mine. We see disproportionate rates of respiratory illness in children who grow up in lower income communities — communities of color that deal with the pollution, typically from coal-burning power plants.” Barnes adds that “people’s health and safety shouldn’t be put at risk because of poor decision-making. We can do better, we have to do better for future generations. So many people are counting on us.”

Gov. Tony Evers opened the door to the new climate initiatives in October 2019, by signing Executive Order 52, which established the state’s task force. It also set a state goal of transitioning to 100% carbon-free energy by 2050, and created an Office of Sustainability and Clean Energy.

“For too long we’ve been ignoring science, and frankly, we can’t afford to do it any longer.” Evers said after signing the order. “It’s time for us to deliver on the promise to our kids that we’re leaving them a better life and world than the one we inherited. I am confident that this task force will find meaningful, sustainable solutions to the climate crisis to carry our state into the future.” Recommendations will be made by the state’s task force by next fall.

“I want us to be a national leader,” says Barnes. “I want us to be a global leader in this area. The whole purpose to the office and task force is to fill in the gaps where the federal government isn’t going to act.”

Barnes points out that over the last eight years, Wisconsin regressed in its climate and energy policies, and has been fallen behind other states. “We can see examples of what we’ve been missing,” he says. “We see what different decision-making looks like. We see who’s been able to benefit from more just and sound environmental policy. And economic policy. And energy policy. That is what gives me a lot of optimism and a lot of hope to continue to be involved in this.”