Would mean a massive new federal investment in public schools.

By Marva Herndon, Erika Siemsen and Megan O'Halloran - Nov 19th, 2019 02:37 pm
Get a daily rundown of the top stories on Urban Milwaukee 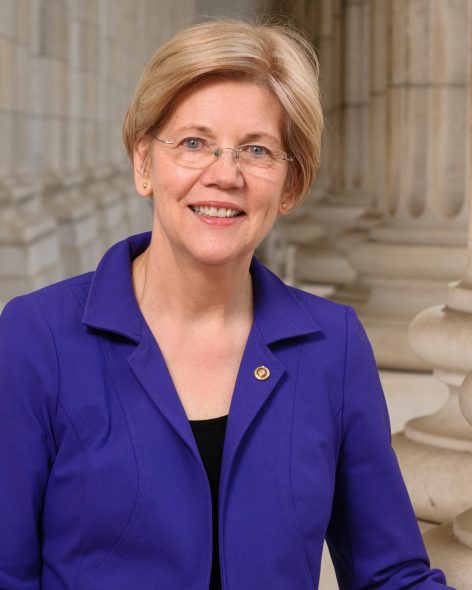 Elizabeth Warren. Photo is in the Public Domain.

Recently, U.S. Senator and Democratic presidential candidate Elizabeth Warren rolled out an impressive plan to ensure every child in this country can get a great education at a public school.

As newly elected members of the Milwaukee School Board of Directors we are charged with advocating for our students and community. We feel strongly that this plan is what our schools need.

We joined the fight for public education equity because we have experienced the devastation caused by chronic disinvestment in our schools and community. We saw how years of neglect had hurt Milwaukee Public Schools and our community as a whole. That’s why, last year, we ran as Working Families Party candidates for school board. Together we represented education activists, parents, and teachers. For years in Milwaukee, powerful interests have successfully fought to privatize our schools. We beat those interests with people-powered campaigns and a platform of reducing class size, restoring important programs like music and art, and fully funding our public schools. Our plan spoke to the needs of students, teachers, and communities alike.

Warren’s plan would mean a massive new federal investment in public schools, and it would encourage states to dedicate resources to schools and students that need the most help.

The plan also includes a fair and sensible way to pay for the increased aid: a small tax on the country’s wealthiest. It’s a key point, and shows that Warren understands that you can’t have an A+ education system without paying for it. Here in Milwaukee we expect to have our own fight to fairly fund public schools coming up this spring, when voters will decide on a ballot measure to raise crucial revenue to support K-12 education. This will provide life-sustaining revenue for our schools after years of austerity.

Instead, Warren will invest in expanding sustainable community schools. Community schools act as hubs for their neighborhoods by connecting students and their families with services, support and opportunities.

Warren’s plan gets a gold star because she will invest in school safety, dismantle the school-to-prison pipeline, and end high-stakes testing. This plan demonstrates her deep understanding of the needs of our students and reflects her own experience teaching in a public school classroom.

Warren’s focus on education is another sign of just how far public education advocates have come in the last few years.

But in the last few years, the politics of education have changed.

Educators and staff have gone on strike and won across the country. From West Virginia to Los Angeles, communities are demanding the policy changes and resources our students, families, and staff deserve.

We are proud to be a part of that electoral wave.

Looking at this seismic shift in the politics of public education up and down the ballot, we feel the wind at our backs. There is no question it will be a fight. But when we fight, we win.

The Most Read Articles by Urban Milwaukee