‘The Nerd’ Is Still a Laugh Riot

The Rep’s revival of Larry Shue play it originated is fresh, funny and fast moving. 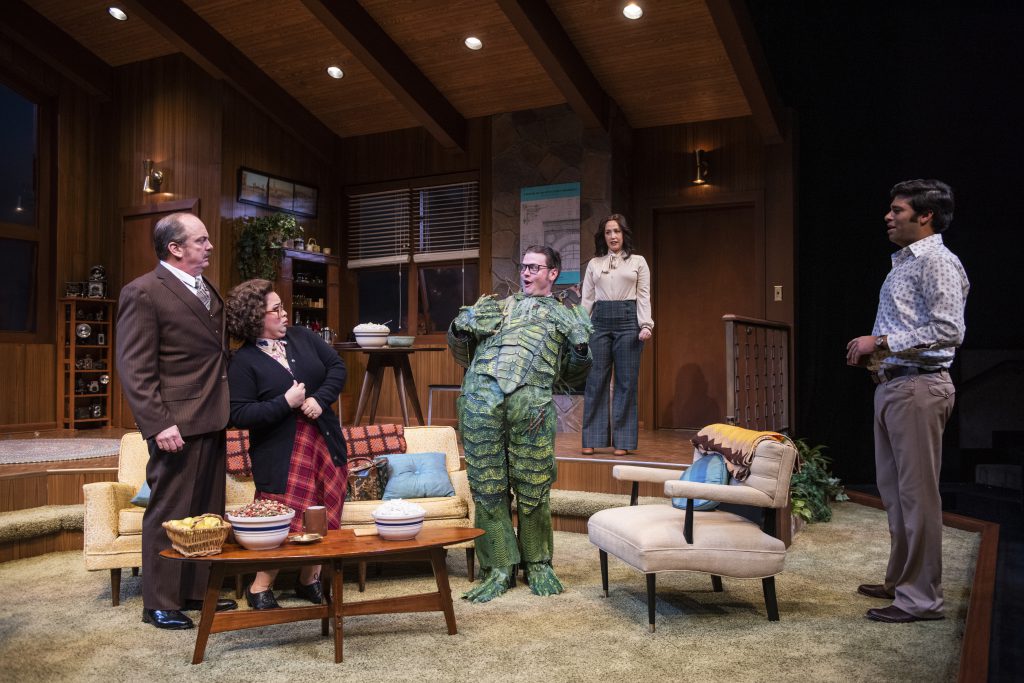 Mounted three previous times by the Milwaukee Rep, where it originated in 1981, The Nerd is getting a revival through December 15 at the Quadracci Powerhouse and is the fastest, riskiest and most polished version in my experience. It is unusual nostalgia, too. Good comic actors immediately get a gleam in their eyes at playwright Larry Shue’s summons back to the freedom of playground hijinks.

It’s not the production’s fault that I also get a pang of sorrow amid the giggles and guffaws. I feel that way at every staging of The Nerd since I covered the author in productions at the Rep and still think American theater was robbed of one of its most creative comic voices when a plane crash took Shue at age 39. Hard to believe he would be in his 70s today.

The Nerd – and the following confirmation of Shue’s talent, The Foreigner, – have enjoyed and endured countless community theater and professional productions, a testament to how sturdily the plays were built. Of course there are interpolations, technological additions and slapstick adjustments here — don’t walk in thinking you know what will happen. But there is a freshness still and many original lines and basic situations remaining when a living room of characters are up-ended into comic madness by an annoying house guest, Rick Steadman, who flops in like a fish and careens about like a windup toy, talking the ensemble into outrageous behavior.

A brilliant comic actor himself, Shue knew from the get-go as a play craftsman what an actor could bring to riding the precipice of ridiculousness. He stretched the common sitcom form of the times into surreal absurdities, antics with a curious touch of kindness within their craziness. The one-liners fizz along in the background while looney tunes unfold in the foreground.

Director JC Clementz has reduced to a mere glance those plot threads of romance and social angst involving the party host – an architect in love with the weather girl who can’t bring himself to throw Steadman out. Rather than spend much time on them, Clements ramps up the pace and timing and makes very entrance and exit by the gathering party a moment of droll anticipation. His staging is clever and his cast enlivens the stereotypes – the sarcastic best friend, the fist-clenched mother, the blustery bossy father – with brash bits or booming voices.

This is high wire farce, heavily reliant on an audience primed to go along, with a cast and director who know how to prime them. Woe unto this cast if the audience doesn’t embrace them, which is unlikely. Woe to the pratfalls if the audience thinks twice, equally unlikely. Shue also created a second act that tries too hard to top the first – but by golly, sometimes it does, so attuned are patrons at this point to grinning.

Taking the largest plunge into Simple Simon spasms is Michael Doherty as Steadman, who makes every part of his body a time bomb of humor. From guttural noises to contortions to constant “in your face” leering, Doherty finds hysterical ways to be obnoxious. Chris Mixon and Lillian Castillo are good foils as exasperated objects of his behavior while Jeremy Peter Johnson has the smart-alecky role as the witty friend, relying on comic timing and broad delivery that doesn’t work as often as he thinks.

Alex Keiper makes a smart choice. She plays it straight with the edge of grin as the love interest of the tale. Andy Nagraj as the architect dangles off some sloping roofs of comedy — impressive moments at the peak of his frustration, but less certain of how to get down from one floor to another.

The ending allows some behavior Shue couldn’t dream of staging in 1981, but there is a surprise final songfest that ends the show on the giddiest of high notes. 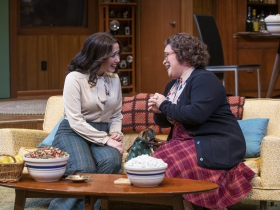 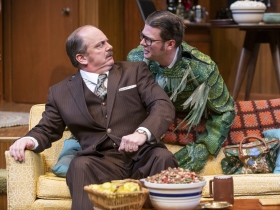 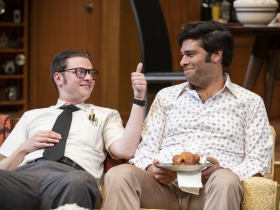 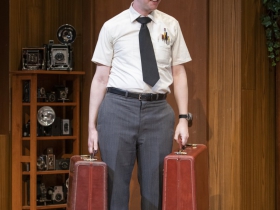 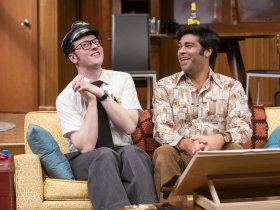 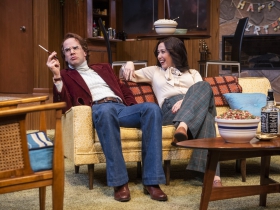 One thought on “Theater: ‘The Nerd’ Is Still a Laugh Riot”