City residents talk about the rise in reckless driving.

By Milwaukee Neighborhood News Service - Nov 17th, 2019 09:02 am
Get a daily rundown of the top stories on Urban Milwaukee 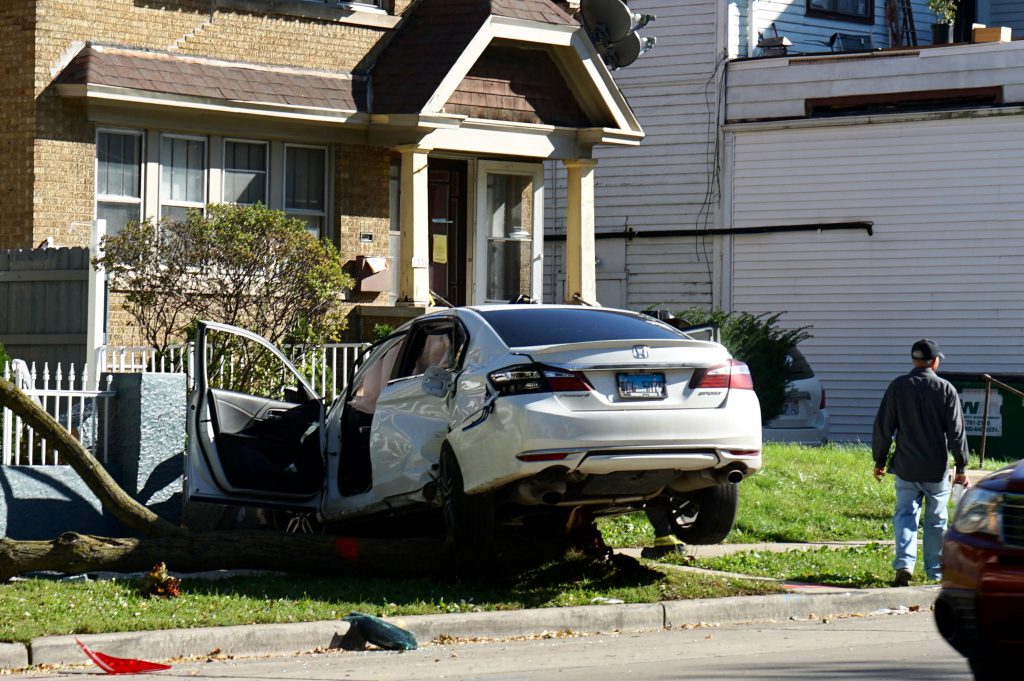 A major accident on Layton Boulevard. Photo by Adam Carr/NNS.

A string of tragic hit-and-run accidents have rocked Milwaukee in the past few weeks. Headlines about reckless driving are not new, which led us to ask — what has the toll been on the mindset of community members? 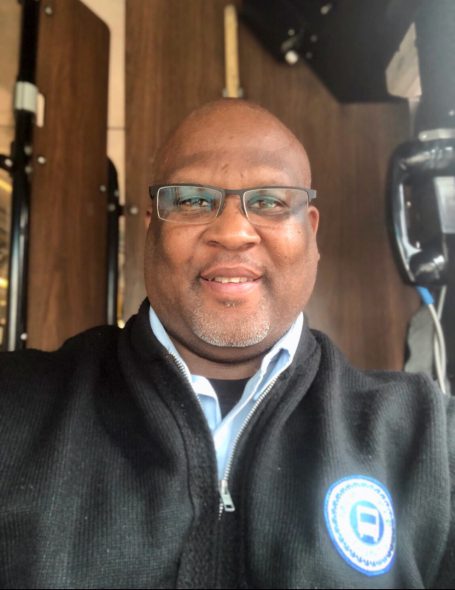 Richard D. Gilbert has been an MCTS bus driver for more than seven years.

“I really don’t think it (reckless driving) has anything to do with the police. People have to start taking accountability for their actions,” he said.

Aside from what he sees on a daily basis as a bus driver, his family has also been personally affected by reckless driving. His sister-in-law was killed by a reckless driver in a stolen vehicle in October 2017.

The drivers “are in a rush, and they are not taking driving as seriously as they should. They (young drivers) think it’s a game.”

Gilbert said the biggest offense he sees are drivers running red lights. He stated Capitol Drive, Fond du Lac Avenue and Sherman Boulevard are some of the hot spots where he sees the most reckless driving.

“I’m moving to another state or in the suburbs where I think it will be safer for me and my family.” 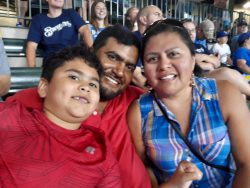 Rocío Leyva’s son attends school in the Clarke Square neighborhood. She is part of the group Parents and Friends of Clarke Square, which makes sure children get to and from school safely. Leyva, along with other parents, is especially vigilant when crossing the street because of the number of reckless drivers.

The drivers “have no respect for the people crossing the street,” she said.

Leyva said people always seem to be in a rush to get somewhere. The reckless drivers don’t make stops and are putting children and adults in danger, even in school zones.

She said people need to be aware of their driving or face the consequences. 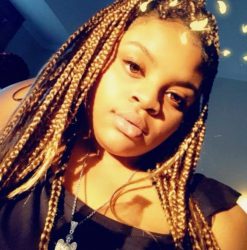 Quote: “About six years ago, I had a cousin who passed away by someone driving recklessly who hit him. I feel like people are not as aware and attentive as they should be when they are driving.

A lot of different things can play a role but being careless due to overconfidence is the main thing I’ve seen. It doesn’t matter how good of a driver you are, you always need to be paying attention. You never know who’s going to pop out or what might happen.” 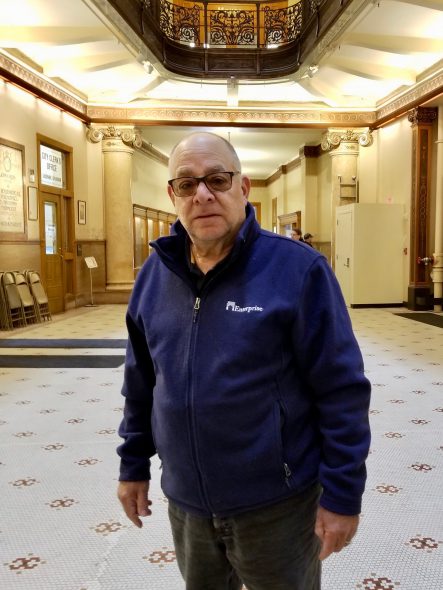 Name: Howard Snyder
Age: 69
Neighborhood: North Side (lives on the East Side)

Howard Snyder, executive director of Northwest Side Community Development Corporation, takes Capitol Drive to and from work every day. He frequently sees drivers speeding and running red lights. This type of driving is new, he said.

Snyder believes people don’t want to be in a neighborhood where reckless driving occurs at increasingly high intervals.

Snyder takes issue with tragic accidents being considered a “rookie mistake.” To him, this implies the driver is on a learning curve, like they’ll get another chance to get behind the wheel. “How can you run over a kid and call it a rookie mistake?” he asked.

From Snyder’s perspective, part of the problem is remorselessness. Reckless drivers will hit someone or something and keep going without caring about the impact of their actions. “You get a lot of people who put their foot on the pedal and don’t let up till they get to their destination,” he said.

He also said there needs to be more law enforcement and measures taken such as red-light cameras. 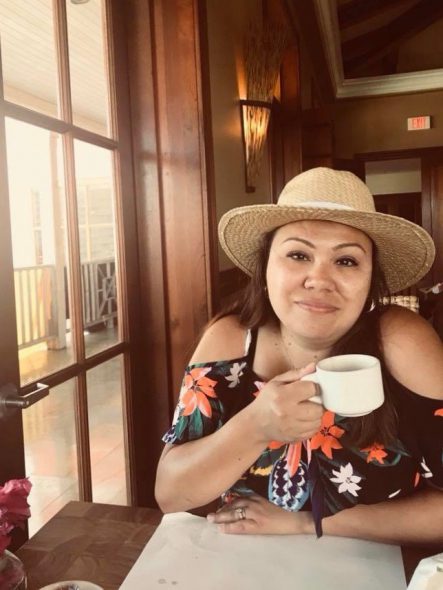 Quote: “As a mother, as an educator and as an individual, (reckless driving) indeed affects me. Every day I have to worry not only about myself but my children and students as well. I personally never let my children walk alone or even play near the streets because of everything you hear that goes on in our city.

As far as my students, I check the news every day to see what’s going on in our schools’ neighborhood to make sure that my little ones are safe. And I must say that I always have that sense of nervousness when I watch and only hope that I don’t see one of my students on the news.

We teach our students at a young age to be safe and even how to cross the street, but there is no way to teach them how to deal with irresponsible drivers.” 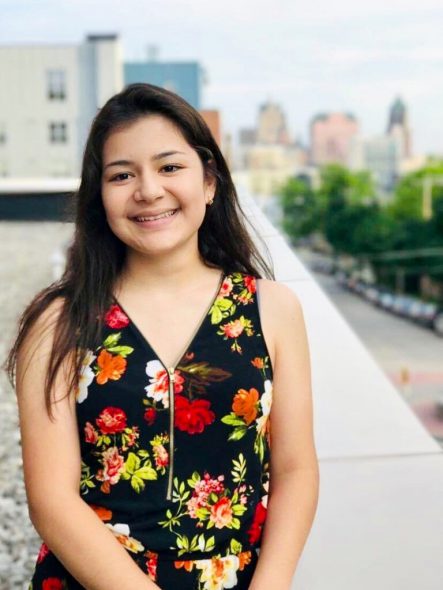 As a commuter student at Marquette University, Aitza Cabrera takes the bus to and from school almost daily. Though being in a bus with an experienced driver may seem safer, Cabrera said reckless driving has also impacted bus transportation.

“Numerous times, the bus had to forcefully stop due to a reckless driver getting in the way,” she said. “It’s unexpected and sometimes causes the passengers and me to grip tightly onto something to prevent ourselves from flinging forward and getting injured.”

Cabrera has also noticed cars speed up on right next to the bus to get in front of it, many times on narrow streets.

“I think increased use of substances such as drugs and alcohol have been a factor of reckless driving,” she said.