Ascension's non-profit hospital is last such institution on North Side and services are badly needed. 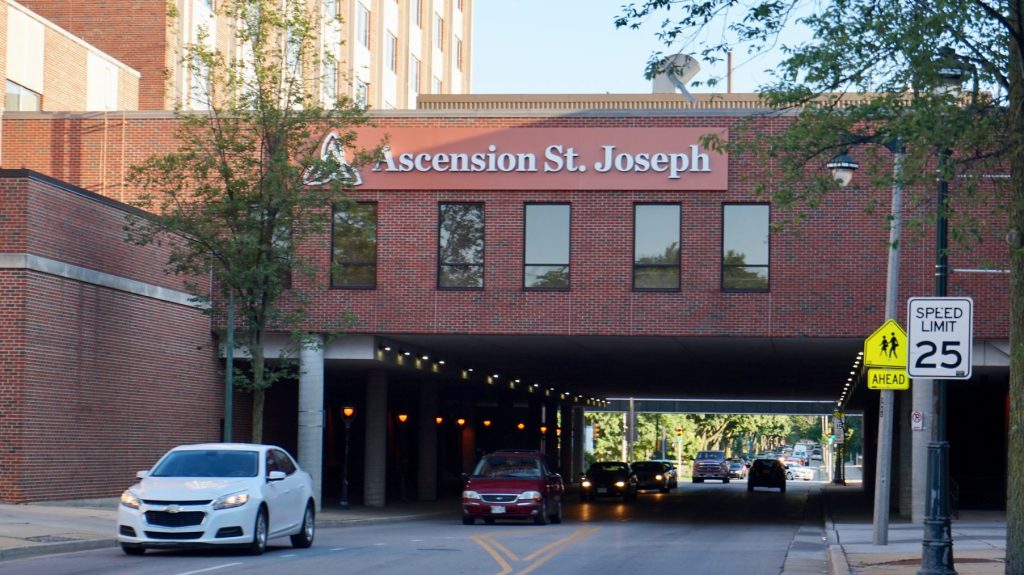 When the news broke in April 2018 that Ascension Health intended to dramatically cut services at St. Joseph Hospital, the last remaining general hospital on Milwaukee’s North Side, community members mobilized to save the hospital.  Our group, the St. Joe’s Accountability Coalition, or SJAC, was born out of that fight to maintain quality healthcare services in a desperately underserved, mostly black area of the city.

Since then, SJAC has made it its mission not only to ensure that the hospital stays open, but also to work with Ascension to make it the type of facility the community wants, needs and deserves.

As it stands, however, we go simply on hope and promises. Our communities have seen hopes and promises come and go far too many times. That’s why we’re calling on Ascension to sign a formal community benefits agreement — a legally binding, directly enforceable contract with the community — to ensure that our voices are heard, our needs are met, and Ascension’s promises are kept.

Ascension says that a community benefits agreement is not needed for St. Joe’s and that such agreements “do not apply to health systems.”  Ascension has instead focused its efforts on drumming up positive media attention for its latest community health needs assessment, or CHNA, and community health improvement plan, or CHIP.

But let’s get real.

First, every nonprofit hospital in the country is required by federal law to conduct a CHNA every three years and to develop a CHIP based on the findings. Froedtert, Advocate Aurora and Pro Health are all complying with this requirement quietly, while Ascension is trying to spin its efforts as something innovative and unique. Quite simply, in conducting a CHNA and issuing a CHIP, Ascension is just complying with the law.

Second, in conducting this newest CHNA, Ascension broke with past practice and chose to designate the whole of Milwaukee County as the “community served” by St. Joe’s. But anyone who lives here knows that the neighborhoods around St. Joe’s face health challenges different from those in other parts of the county. Glossing over that difference — or, worse, simply ignoring it — undermines the credibility of the CHNA and CHIP. This could also easily lend itself to continued medical redlining, as we see Ascension choosing to invest in wealthier (and whiter) parts of southeast Wisconsin.

Finally, and most importantly, the CHNA and CHIP processes on their own do not hold hospitals accountable. SJAC would love to see the projects discussed in the latest Ascension CHIP brought to fruition, along with other needed programs and supports identified by the community, but not addressed in the CHIP. But the federal agencies tasked with implementing the CHNA and CHIP rules have little interest in — and even less capacity for — monitoring progress.  There are no sanctions for a hospital that fails to implement the projects discussed in its CHIP; the rules require only that a hospital publish a CHIP, not that it make good on it. That’s a big problem.

This is exactly why we need a binding, enforceable community benefits agreement with St. Joe’s.

The community also has valuable information and insight to offer Ascension concerning the future of St. Joe’s. Over the summer, SJAC conducted nearly 600 conversations with residents as we canvassed the neighborhoods around St. Joe’s. On Oct. 1, SJAC convened a town hall to release the results of our survey. Ascension representatives declined to attend.

Our survey results showed, very clearly, that community members want Ascension to operate an urgent care center in the neighborhood; to deliver healthcare without racial bias; to provide housing assistance and greater support for affordable housing; to hire locally and train people into living wage jobs with union rights; and to respect community voices.

As a tax-exempt nonprofit, Ascension is expected to serve a charitable purpose.  The corporation’s mission statement says that Ascension is committed “to serving all persons with special attention to those who are poor and vulnerable.” We’re asking Ascension to use its considerable resources to do just that. Milwaukee’s North Side is vulnerable. Its social, economic and health needs are great. The path forward is clear. But Ascension needs to be fully accountable to our community.

Rick Banks serves as political director/organizer for Black Leaders Organizing for Communities; Nate Gilliam serves as organizer for Wisconsin Federation of Nurses & Health Professionals; and Jack Hanson is the research and policy analyst for the Milwaukee Area Service and Hospitality Workers Organization.