Development would house up to 48 veterans while providing supportive services. 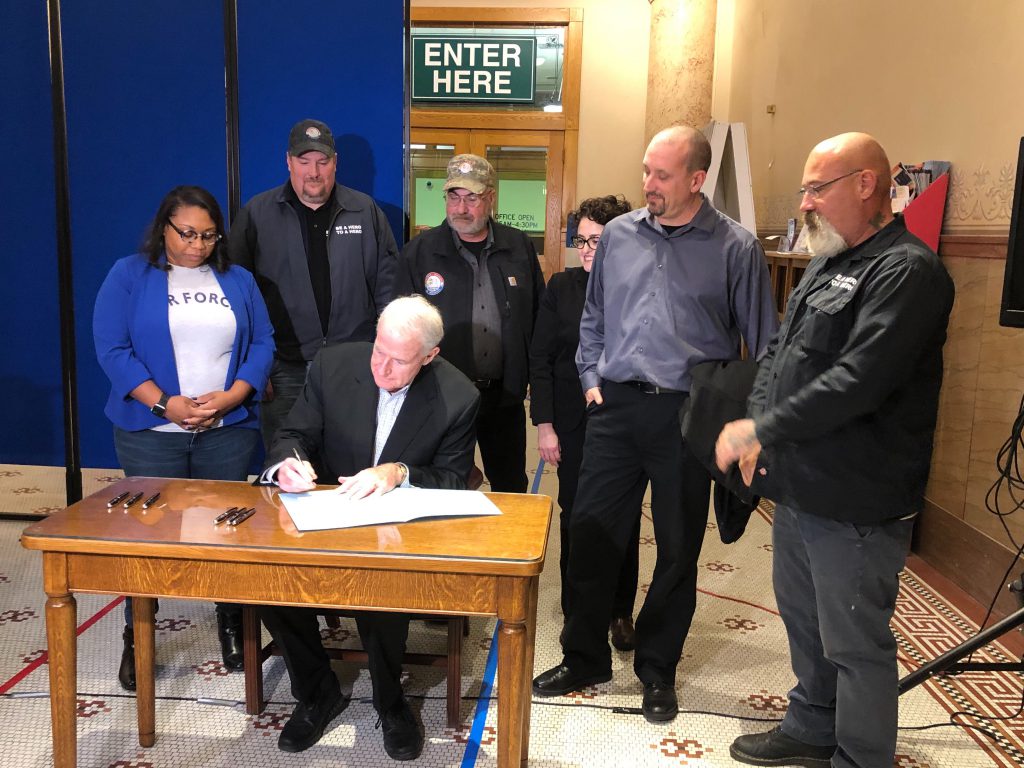 VoW intends to build up to 48 tiny homes for military veterans on a city-owned 3.5-acre site along N. 60th St. between W. Mill Rd. and W. Good Hope Rd. 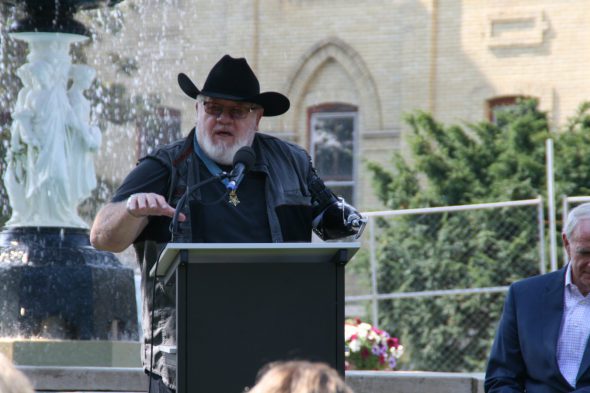 Barrett announced during the ceremony that the facility will be named after Vietnam War veteran Gary Wetzel. The Milwaukee resident, a Medal of Honor recipient, is a tireless advocate for veterans.

“It is not simply a home, it is also a support system,” said Barrett of the organization’s plans. The project is intended to provide support services in a sober-living environment for military veterans that are homeless or facing homelessness.

Lewis, an Air Force veteran, is welcoming the development to her district, which she bills as The New Ninth, with open arms. “This is one more step to show we are moving forward in an innovative way,” said the alderwoman. “If we can make it work here in Milwaukee, this is just another way to show we can make it work anywhere.”

The project is modeled after a 15-home community VoW operates in Racine. “They’re small, they’re great, but they’re not big enough for them to want to stay forever,” said VoW executive director Jeff Gustin in September when the citizen-led City Plan Commission reviewed the design.

Barrett said he had the chance to tour the facility this summer. “My first words were ‘wow’,” said the mayor. Lewis also praised the two-year-old Racine development.

As the snow fell outside Monday’s ceremony, Gustin noted that his mission was to ensure the veterans that had to sleep outside last night won’t have to next year.

Amy Turim, real estate services manager for the Department of City Development, drew praise from Barrett and Lewis for handling the deal’s lengthy approval process that began in July.

“We use the tiny house model because we want our veterans to have something they can have pride and ownership of,” said Gustin in October. “It’s nothing like a shelter.”

Each home include a half-bathroom, with an 8,800-square-foot community center planned to include showers, a kitchen, meeting spaces and a game room. The co-ed complex would have a curfew, restricted visiting hours and random drug and alcohol testing.

Residents are expected to stay for a period of up to two years while VoW works with them to find employment and permanent housing.

The organization plans to break ground after the frost breaks in the spring. The homes will be built in clusters of six, with half of the units being handicapped accessible. The accessible units will be 232 square feet while the lofted units will be 172 square feet. The design and material selection for the homes is intended to allow for volunteers and veterans to build and repair the structures according to representatives of design firm SEH.

W. Green Tree Rd. would be extended west and utilities run into the site as part of the development, allowing the city to pursue the development of the remainder of the 40-acre site.

The development would be exempt from property taxes, but terms of the deal proposed by the city would require the organization to make a $2,760 annual payment in lieu of taxes.

A future expansion, which would double the size of the development, would require additional city approval regarding its design. VoW has been approved to acquire the seven-acre site to accommodate the expansion for $35,000. 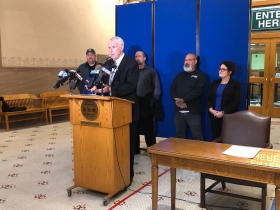 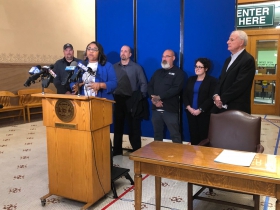 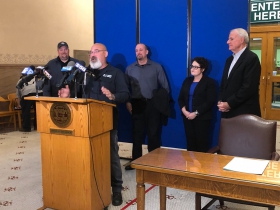 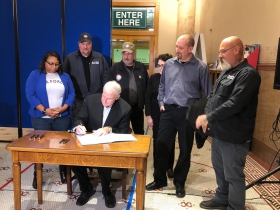 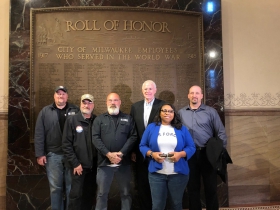 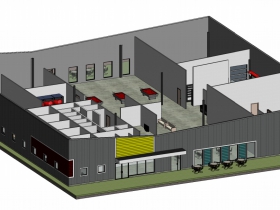