89-year-old house getting converted into modern bank branch on Pleasant and Water. 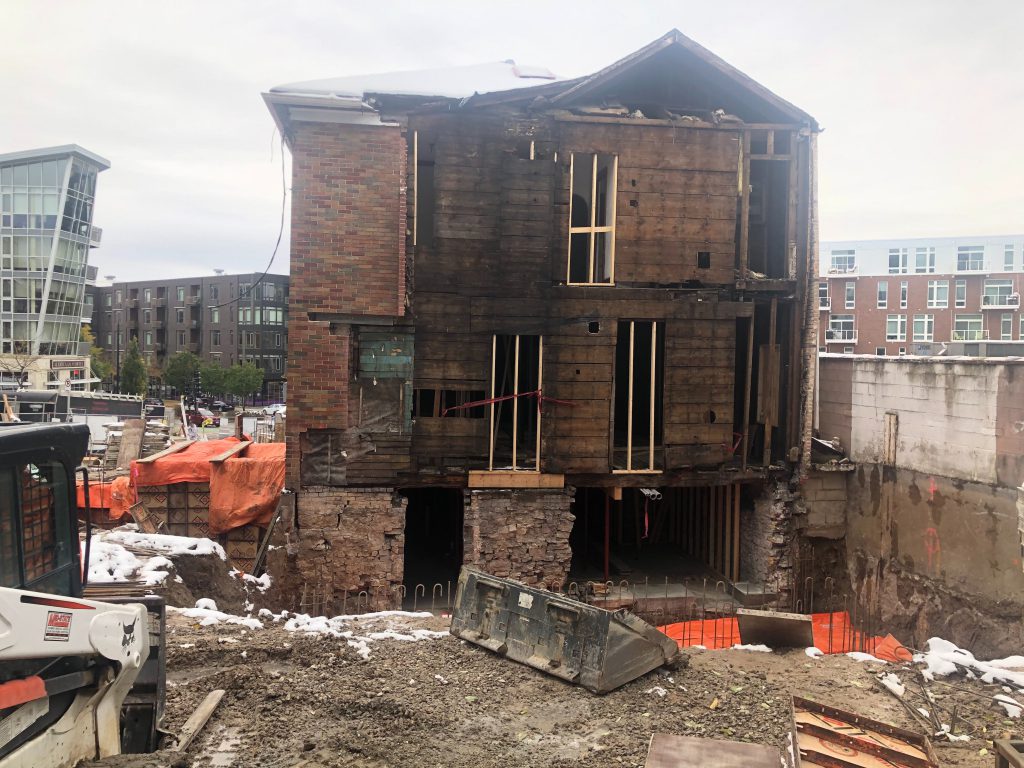 North Shore Bank is transforming an 89-year-old house into a modern bank branch on the north end of downtown Milwaukee.

The bank will open a 1,800-square-foot branch at 510 E. Pleasant St., just east of N. Water St. The new branch will mix a modern office building with a historic home currently on the site.

The house, which was constructed in 1930 according to the Wisconsin Historical Society, would be used as the bank’s front door, while a glassy addition will be built to its west overlooking N. Water St.

A small garage at the site’s eastern edge was demolished in favor of what will become a surface parking lot. A small addition, planned to include a staircase, will also be built on the east side of the house necessitating demolition of the home’s eastern wing.

The bank first unveiled plans for the branch in October 2018. “This is an excellent opportunity to serve customers with a state-of-the-art bank office in an exciting, growing downtown neighborhood,” said Susan T. Doyle, North Shore Bank’s senior vice president of retail banking, in the bank’s announcement.

The new branch will include a full-service staff, remote video teller to allow seven days a week service (70 hours per week), self-serve coin counter and video conference capabilities with other bank personnel. A walk-up ATM/video teller will be included on the building’s exterior.

“Our branch design reflects and respects the neighborhood around it, and we anticipate a great deal of foot traffic at this location,” Doyle said. “There will, of course, be free, easy, and convenient lot parking for our customers who do drive. Ultimately, this office will enhance the neighborhood experience, and we are excited to welcome everyone inside.”

North Shore Bank, which is headquartered in the western suburb of Brookfield, has 44 offices throughout Wisconsin and northeast Illinois. The bank traces its roots back to the creation of the North Shore Building and Loan Association in 1923 in Shorewood.

The bank acquired the site in 2016 for $375,000 according to city records. Construction began in July. 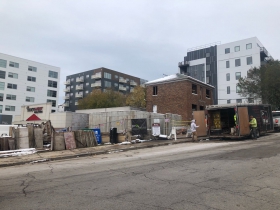 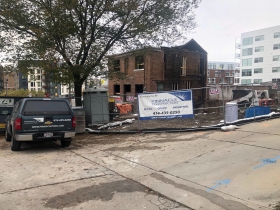 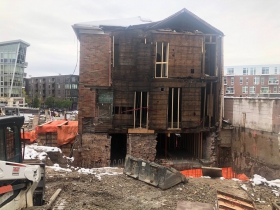 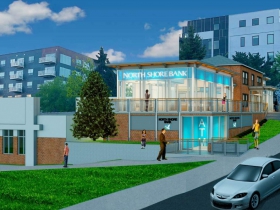 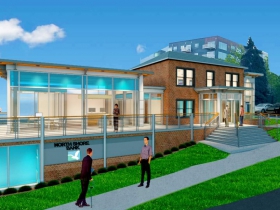 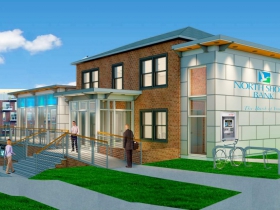 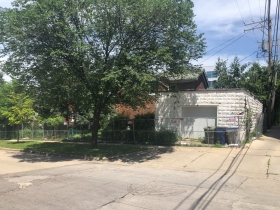 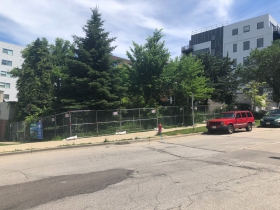 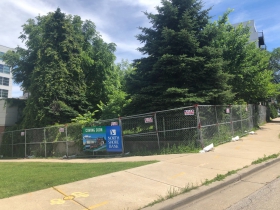