Board Adds Domes Funding to Budget 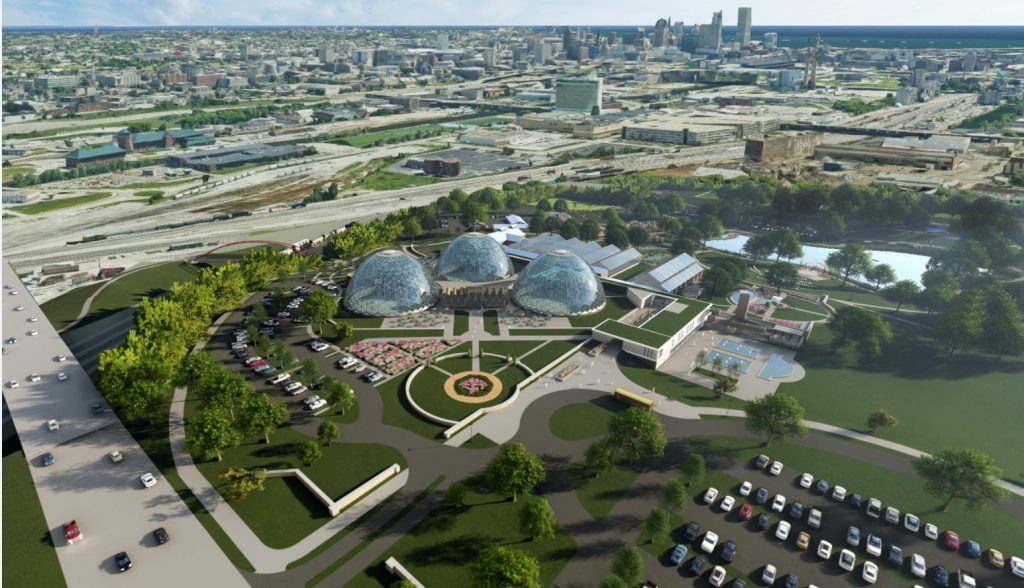 Noticeably missing from County Executive Chris Abele’s recommended budget was anything related to the Mitchell Park Domes. The Board of Supervisors is changing that.

“There was nothing in the exec’s budget on the domes, in either direction, either to further the progress we made or to make a new policy and a new determination,” said County Board Chairman Theo Lipscomb.

Supervisors are not moving to make a huge capital investment just yet; rather, two budget amendments were introduced to keep the ball rolling towards eventually repairing and redeveloping the domes and Mitchell Park. For three years a task force studied how the county could sustainably repair the Mitchell Park domes. In August the task force wrapped up and submitted a recommendation to the board that would repair and revitalize not just the domes, but all of Mitchell Park.

The plan recommended to and adopted by the board was developed by ArtsMarket LLC. It recommended a $60 million redevelopment of Mitchell Park and the Domes. The funds would be a stack of tax credits, private capital and county bonding. Under the plan the county would be on the hook for approximately $13.5 million of the total cost.

To make the plan work, county government would have to get new governance in place and also some early financing at a pace that is unprecedented for Milwaukee County.

The first budget amendment, from Lipscomb and Supervisor Sylvia Ortiz-Velez, approved by the board’s Finance and Audit Committee Tuesday, would include approximately $107,000 for the Department of Parks, Recreation and Culture to undertake further planning and development of a “Long range plan for the domes as guided by policy makers.”

The second amendment, from Supervisor John Weishan, Jr., calls on the parks department to create a capital project for the domes that can be added to the county’s five-year capital plan that includes planning, design and restoration of the domes. Weishan said this move, at a minimum, was necessary if the board is serious about their domes policy. “If you want to restore the domes in any fashion we need to have something that is like a placeholder.”

Both amendments were approved by the committee, though Supervisor Sheldon Wasserman voted against both. “Do we really need to spend $100,000 for corporation counsel and for the comptroller’s office to look at this proposal?” he asked. “ We are wasting money.”

Wasserman is skeptical that Milwaukee County can pay to make the improvements at the domes outlined in the task force recommendations. He called the plan from ArtsMarket “an embarrassment.”

“If [Milwaukee County citizens] really want the domes so badly, we’re gonna have to raise taxes to pay for it,” Wasserman said. “And I think the citizens of Milwaukee should make a decision. They want the domes, pay for it.”

Wasserman’s assessment of the feasibility of the project and the work of the consultants was not shared by Lipscomb or the rest of the committee.

Lipscomb said that some form of the plan presented in September is possible. He and others noted that attracting the private capital and tax credits necessary for the project is not unreasonable. To back this up he cited the mixed-used library projects the City of Milwaukee has been developing for years. He also said, “I’m not sure how doing nothing gets us resolution either way.”

Supervisor Jason Haas, who sat on the Domes Task Force, said the appropriation for analysis “provides the two things that we need to move forward.” And, on the creation of a capital project, Haas said, it would “more directly track progress that we make in the years to come.”

Haas also noted that establishing the new body, which would be in charge of governance for the domes, as outlined in the task force recommendation, is important to securing and marshaling the funds necessary to get the project going.