By Allison Stevens, Wisconsin Examiner - Oct 26th, 2019 02:11 pm
Get a daily rundown of the top stories on Urban Milwaukee 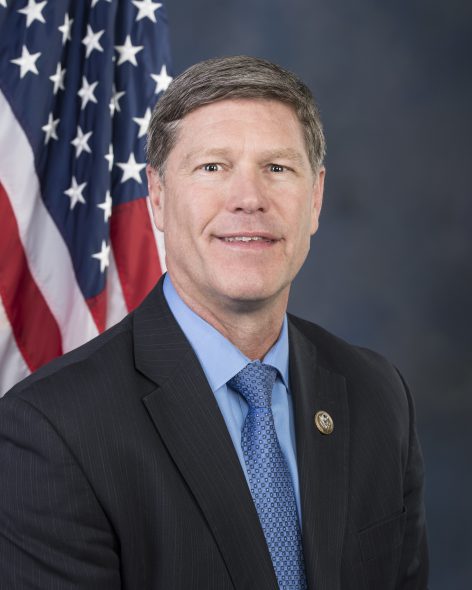 Rep. Ron Kind has built up a massive war chest for his 2020 re-election bid.

The 12-term Wisconsin Democrat has raised more than $750,000 so far this election cycle and is sitting on nearly $3 million in campaign funds, according to his latest campaign finance report. He’s got more in the bank than the vast majority of U.S. House incumbents.

Kind’s cash stockpile reflects the fact that he represents a potentially competitive district in the southwestern corner of the state, but hasn’t faced a credible challenger in years, according to Nathan Gonzales, editor of the nonpartisan newsletter Inside Elections.

“Each cycle, Republicans say they’re targeting him, and he prepares for a race that never comes to fruition,” Gonzales said. Republicans are “talking a big game again,” but have yet to field a strong candidate, he said.

The National Republican Congressional Committee — the House GOP’s campaign arm — has its sites on Kind, a moderate Democrat. It named him one of 55 targets this cycle and released a poll in July suggesting the district, which President Donald Trump won in 2016, is competitive.

“Ron Kind was lucky to escape what would have been the toughest challenge of his career with no Republican challenger,” the polling memo states. “2020 is shaping up to be an even stronger environment for a Republican to retire Ron Kind.”

But the Democratic Congressional Campaign Committee doesn’t regard Kind as vulnerable, leaving him off of its list of “frontline Democrats” it plans to support this cycle.

National political observers also favor Kind, who won last year with 60 percent of the vote. He hasn’t drawn an official GOP challenger for the 2020 race.

He faces a nominal primary threat next August from Democrat Justin Bonner, a software engineer who has raised virtually no cash since filing for candidacy in July. He had a paltry $77 bucks on hand at the end of September.

Also challenging Kind in the primary is Democrat Mark A. Neumann of La Crosse, who recently retired as a pediatric critical care physician.

Neumann is advocating Medicare for all and says he wants to repair a political system where voters feel disenfranchised. Neumann (who is not the former Wisconsin GOP congressman Mark W. Neumann), raised about $13,000 this cycle, about half of which was self-financing.

Neumann’s bid isn’t “anti-Ron Kind,” he told the Examiner this week in an interview. But he added that Kind is “good at keeping the current non-representative form of government in its place.”

While he would “love to win” and “lead from the front,” Neumann added, he recognizes that he faces long odds as a non-politician entering the race against an incumbent.

Kind’s campaign did not immediately respond to a request for comment.

Two of Wisconsin’s GOP-held seats will soon be up for grabs. Former Republican Rep. Sean Duffy resigned from his 7th District seat in northern Wisconsin in September and Rep. Jim Sensenbrenner is retiring from his 5th District seat representing the Milwaukee suburbs after 42 years in office.

Duffy’s seat will be filled by a May special election, which is expected to give the winner an edge in the 2020 general election.

Wisconsin Republican State Sen. Tom Tiffany raised about $242,000 through the end of September for his 7th District campaign. Three Republicans and two Democrats have announced their candidacies for the May special election, but only Tiffany filed a third-quarter fundraising report.

In the 5th District race to replace Sensenbrenner, Republican Senate Majority Leader Scott Fitzgerald reported raising about $26,000 in about two weeks between announcing his candidacy and the Sept. 30 reporting deadline.

Wisconsin Republican Reps. Mike Gallagher of the 8th District and freshman Bryan Steil of the 1st District have also been stocking up on campaign cash.

Gallagher has amassed about $1.8 million in his campaign account, while Steil has about $852,000 — amounts larger than many of their House incumbent colleagues.

The large sums put these lawmakers in strong positions heading into the 2020 election cycle – though neither is yet expected to face stiff competition for reelection. Steil is facing Democratic businessman and former gubernatorial primary candidate Josh Pade.

Steil and Gallagher are considered safe, according to Inside Elections. Steil, who succeeded former Speaker of the House Paul Ryan in the southeastern 1st District, won with 55 percent of the vote last year. And two-term Gallagher — representing Green Bay and environs — won with 64 percent.

As newer members, they’re likely preparing for races that could be competitive but aren’t yet, Gonzales said.

At the presidential level, Democrat Bernie Sanders continues to dominate fundraising among Democratic donors in the Badger State. The Vermont senator raked in more money from Wisconsin donors than any other Democratic candidate from July through September, continuing a trend he set in the first half of the year.

Sanders raised about $142,000 from Wisconsin donors during the third quarter of the year, slightly ahead of  Massachusetts Sen. Elizabeth Warren. She pulled in about $128,000 from Wisconsinites during the same period. Those totals include itemized contributions from donors giving more than $200 and can also include smaller donations.

The rest of the Democratic presidential candidates lagged far behind in the battle for Wisconsin dollars.

Overall, Wisconsinites have given $914,000 to all Democratic presidential candidates and about $1.4 million to President Donald Trump.

Sanders’ fundraising prowess in Wisconsin reflects his popularity with Democratic donors nationwide. He’s raised a total of about $75 million — more than any other Democratic presidential candidate.

But it’s unclear whether his cash influx will translate into votes. Sanders won the state’s 2016 primary but trails Warren and Biden in recent state and national polls.

The state’s presidential primary is April 7, after earlier primaries in Iowa, New Hampshire and South Carolina. On Super Tuesday in early March, 15 states and the District of Columbia hold primaries or caucuses, accounting for 40 percent of delegates.

Still, Wisconsin could influence the primary contest if it’s close next spring.

Either way, Wisconsin is expected to be fiercely competitive in the general election next fall. Trump won the state’s 10 electoral votes in 2016 by less than 1 percentage point, and experts say the path the presidency will again run through Wisconsin.

Here’s how much Trump and the Democratic presidential hopefuls who appeared in the most recent televised debates have received from Wisconsin donors so far this election cycle. The numbers include data from Jan. 1 through Sept. 30 and include only the donations itemized in the campaigns’ filings, which likely exclude some small donations.